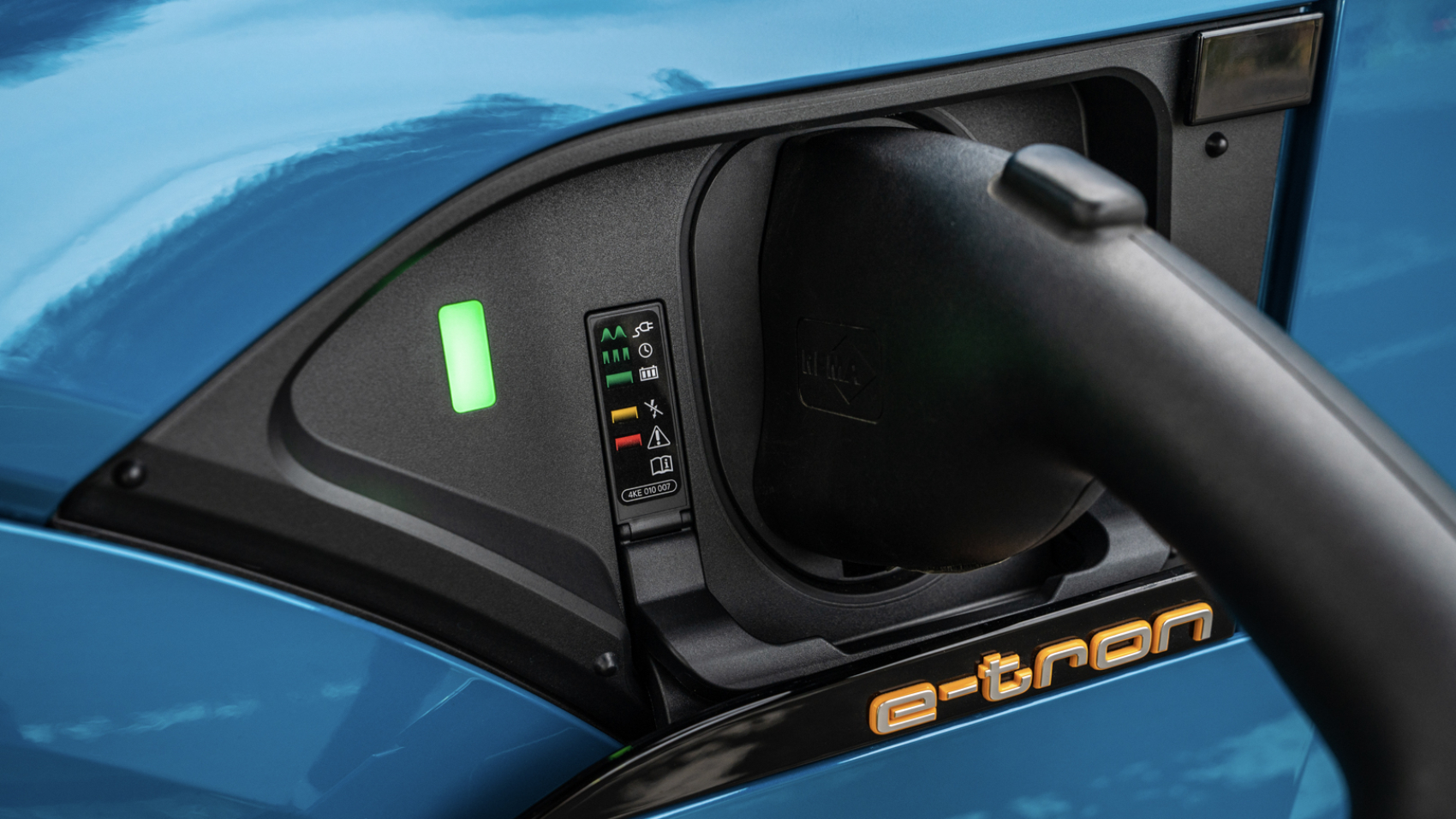 We know that Audi is about to launch a massive electric car offensive, debuting many new EVs by 2025. One such EV is going to be the Audi Q4 e-tron, an all-electric crossover based on the same MEB architecture as all of the upcoming Volkswagen ID models. In these new spy photos, we can see the Q4 e-tron and its VW roots are showing. (We don’t own the spy photos but you can see them here).

If you’re looking at these spy photos and thinking that this car is incorrectly identified, you’re forgiven. The car in question does indeed look exactly like the Volkswagen ID.4, with the same headlights and everything. However, Motor1 confirms that it is, in fact, the Audi Q4 e-tron, after their spy photographers confirmed it with the driver of the car. Also, there’s a caravan of Audis behind it.

This test mule must be in very early development, as there’s almost nothing to differentiate it from its VW counterpart just yet. So it’s likely just a powertrain and technology tech mule.

There’s no concrete info on what sort of powertrain and battery tech will power the Audi Q4 e-tron but Audi did tease some specs when it revealed the Q4 concept last year. According to the concept info, the Q4 e-tron will pack an 82 kWh battery pack with 280 miles of range (450 km) and 300-ish horsepower. It should also feature 150 kW charging, which is said to charge 80-percent of the battery in 30 minutes, much like the current e-tron SUVs now.

If those specs are accurate, they show off the benefit of a bespoke EV architecture. The current Audi e-tron packs a bigger batter (95 kWh) and only has about 204 miles of range. That relative lack of range is mostly due to its massive curb-weight, as the e-tron is almost as heavy as a loaded Escalade. That heft is due to the fact that it’s based on a modified version of Audi’s MLB architecture, the same that underpins the Audi Q7.

So basing the new Audi Q4 e-tron on a bespoke EV architecture will allow it to be lighter, more efficient and probably more enjoyable to drive. We can’t wait to see a more finalized product.