Just yesterday, some photos leaked of the upcoming BMW iX3, the all-electric version of the X3, and they honestly seemed rather encouraging (despite the fact that the iX3 won’t be coming to the US market). However, the iX3 isn’t the only electric crossover in its segment. It’s not even the only German. There’s also the Mercedes-Benz EQC and they couldn’t be more direct rivals if they were named Rocky and Drago.

Obviously, we can’t compare how these cars drive, as we haven’t driven either; the EQC is difficult to test and the iX3 hasn’t even been officially revealed yet. However, we can compare their styling which, let’s face it, is going to do 90-percent of the selling of these two cars anyway. So let’s break it down. 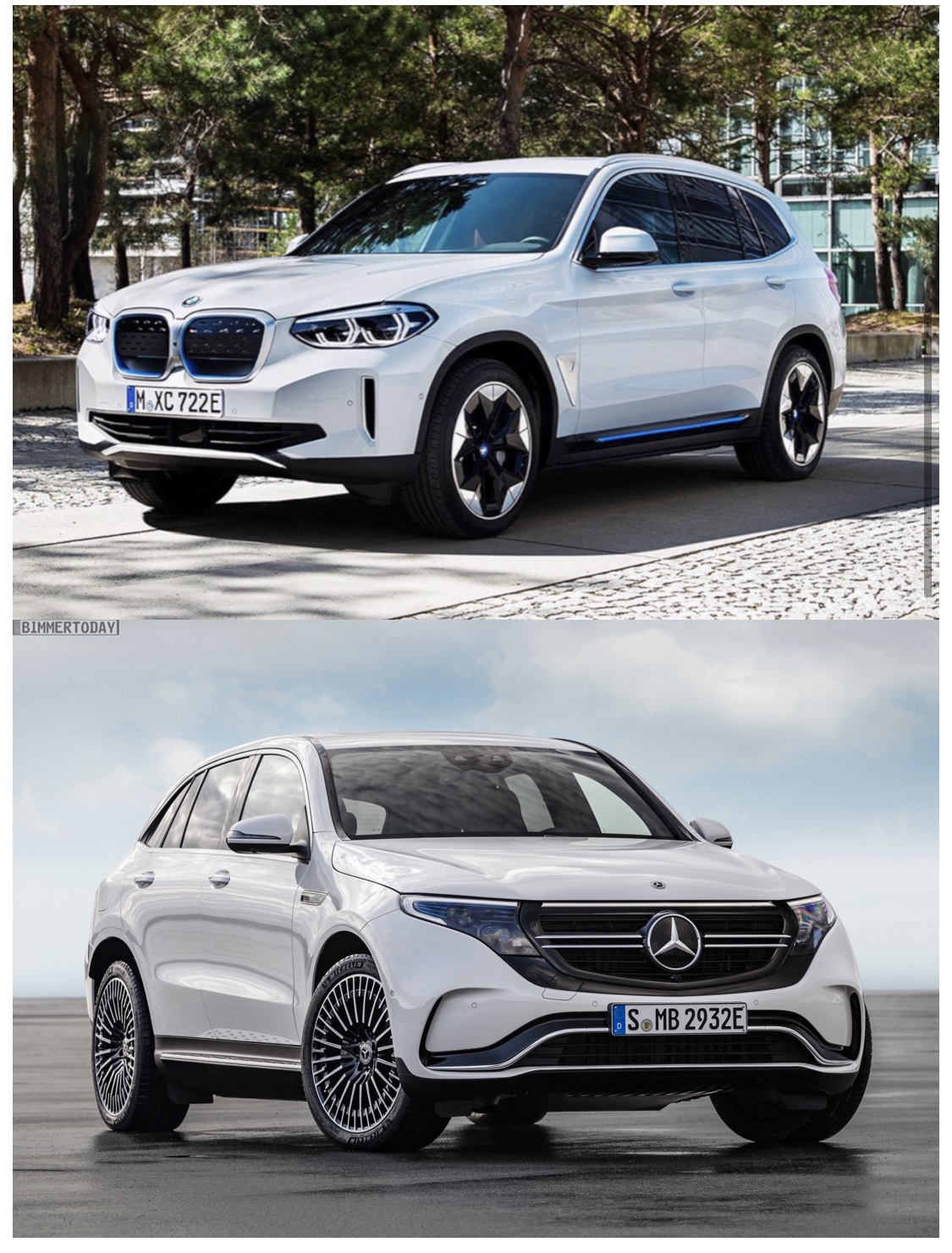 Up front, it’s the Mercedes-Benz EQC that looks more like an EV, something from the future, thanks to its all-new front end design. While it’s based off of the GLC-Class, the EQC’s face is all new and looks slick. Having said that, I personally think the iX3 looks better, even if it’s a bit too similar to the standard X3. It’s still a handsome looking thing and its new grille design looks good.

Out back, it’s a bit similar. The Mercedes-Benz EQC has a more futuristic looking rear end, thanks to its use of slim, horizontal taillight bar and more minimalist approach. However, the EQC has seems to look a bit dumpy at the back, like its drooping, a problem that many modern Mercedes-Benz sedans and SUVs have. While the iX3 looks almost identical to a standard X3, with only its lack of exhausts giving it away, it’s a bit more handsome than its Stuttgart rival. 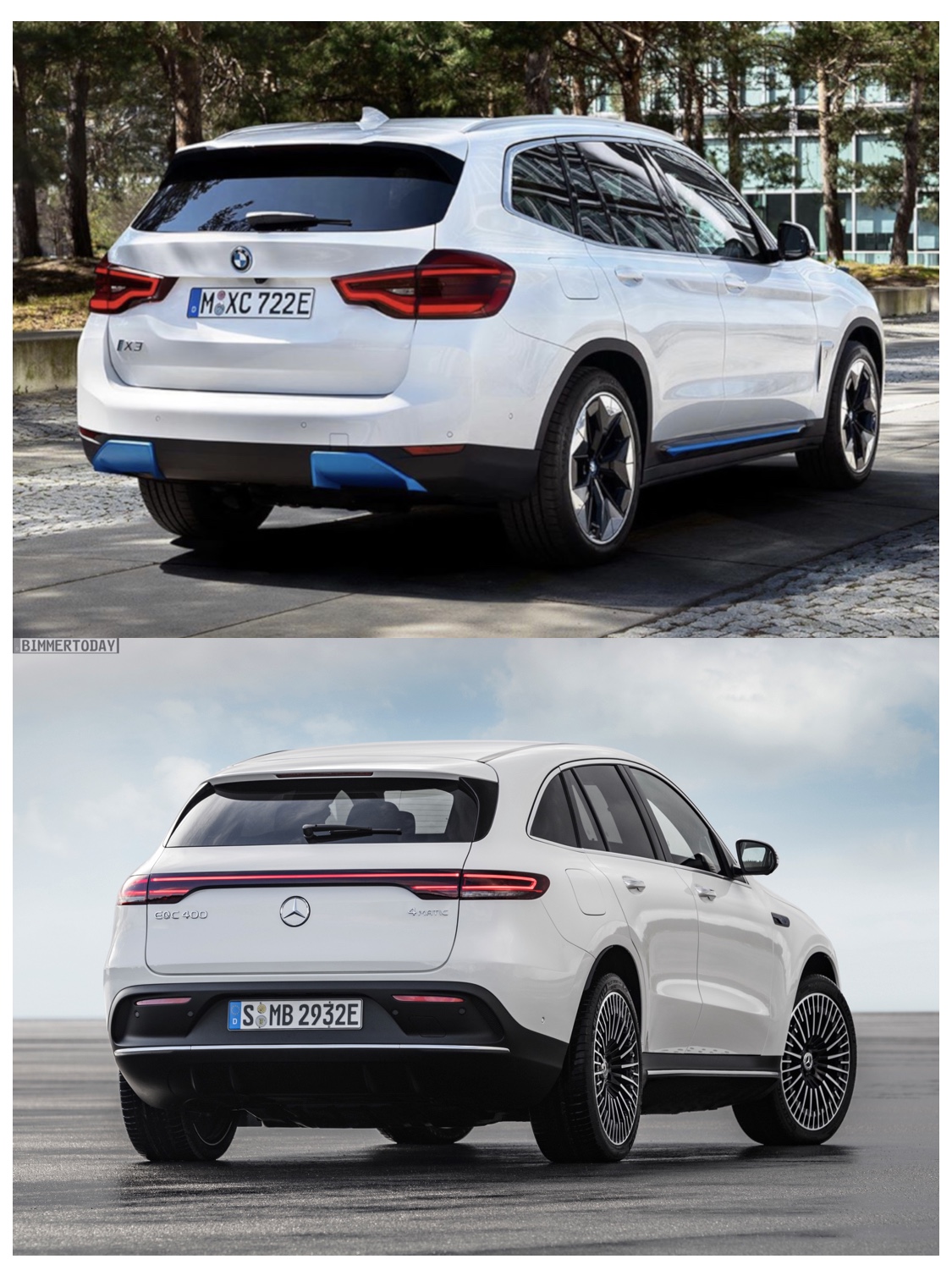 I will say that the EQC looks a bit better in profile, especially on the wheels in these photos, as it’s sleeker and seems more like an EV SUV. While the BMW iX3 is a good looking car, it just seems too pedestrian for a proper electric crossover. Its new aerodynamic wheels are sweet, though.

Overall, I think the BMW iX3 is the better looking car but it’s not by a huge margin. BMW seems to have played it a bit too safe when designing the iX3, while Mercedes-Benz seems to have taken a few more chances, with varying degrees of success. While the EQC is a bit odd looking in areas, Mercedes-Benz deserves credit for making it stand out from the GLC on which it’s based.

Previous articleLEAKED: This is the All-New BMW iX3 all-electric SUV
Next articleMINI Cooper SE – The First Electric Vehicle You Should Try In Your Life