We just recently saw some spy video of the upcoming Audi e-tron S doing some laps at the Nurburgring and it looked surprisingly good. Now, however, some new spy photos have surfaced, giving us a much closer look of Audi’s newest performance SUV. (We don’t own the photos but you can see them here)

In these new photos, the Audi e-tron S is seen in its standard guise. We know it will come in two flavors; regular and Sportback. This one we see here is the regular flavor. That doesn’t mean it’s not exciting, though. The e-tron S will pack three electric motors, that sort of flip-flop the standard e-tron’s setup. In the normal, non-S e-tron SUV, there are two motors; a big one at the rear axle and a small one at the front. For e-tron S duty, it will put the big motor at the front but have two of the smaller motors at the rear axle. 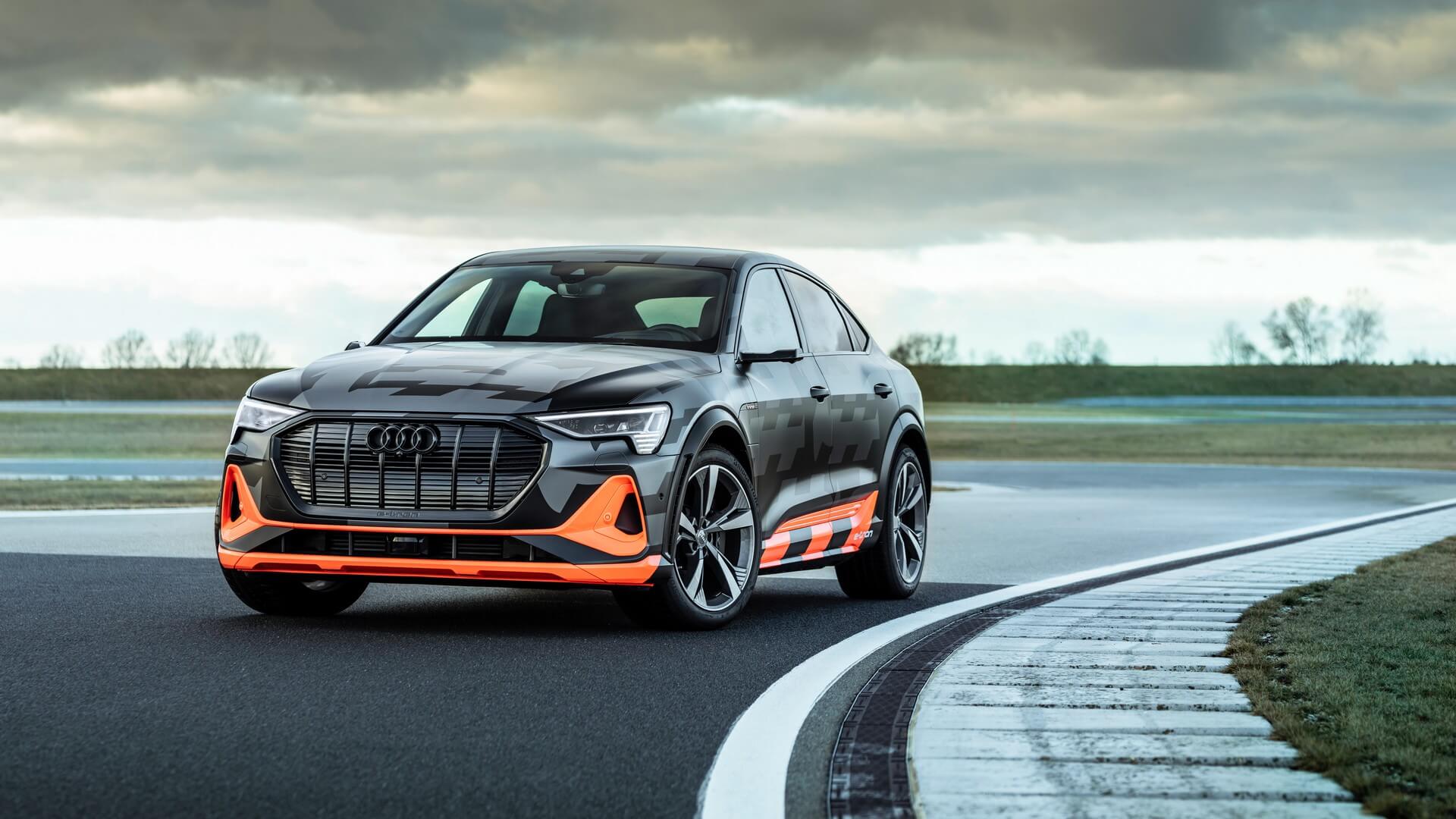 Power is now bumped up to around 500 horsepower and over 700 lb-ft of torque. We’ve heard that the e-tron S will be capable of 0-60 mph in under 4.5 seconds and that’s probably a bit conservative. Expect closer to four seconds flat, as the Germans often underrate their performance cars.

The reason for this flip-flop-addition is the fact the rear axle now gets real-time torque vectoring, which will allow the Audi e-tron S to really hustle through corners with a nice rear-drive bias. Having two rear motors acts like a limited-slip differential in a conventional powertrain, only the EV motors actually react faster and more accurately. So the e-tron S, despite its hefty curb weight, should handle surprisingly well.

Judging by these photos, it will look cooler, too. The actual body work looks the same but it is wearing quite a bit of camouflage, so the updates might just be covered. However, it gets what seems to be a much lower ride height, which will help it handle better as well as look cooler. It also gets new wheels, which looks great on the e-tron.

After driving the standard e-tron SUV, we’re very excited to test a model with better handling. The added power is nice, too, but the real benefit of the Audi e-tron S will be its handling and dynamics. We should see the car by the end of the year and it should be very interesting when we do.