Skoda is an interesting brand. As part of the Volkswagen Group, it develops cars with a lot of parts-sharing from its German corporate parent. However, a lot of its cars are surprisingly great, sometimes even better than their VW counterparts.

While most of Skoda’s designs are familiar for VW fans, the Czech brand does differentiate itself from its corporate overlords a bit, in terms of exterior and interior design. In doing so with its most recent electric vehicle, the Skoda Enyaq iV, it actually seems to have copied its German rival’s design a bit.

The Skoda Enyaq iV, aside from sounding like a nickname for Bigfoot, is an all-electric crossover built on VW’s new MEB architecture. It actually produces some pretty interesting specs. There are two batteries, one 62 kWh and one 82 kWh, that provide some very healthy ranges; 242 miles and 316 miles, respectively. It gets a single electric motor at the rear axle, good for either 176 horsepower or 200 horsepower, depending on which battery you get, and it will hit 60 mph in either 8.7 seconds or 6.2 seconds. 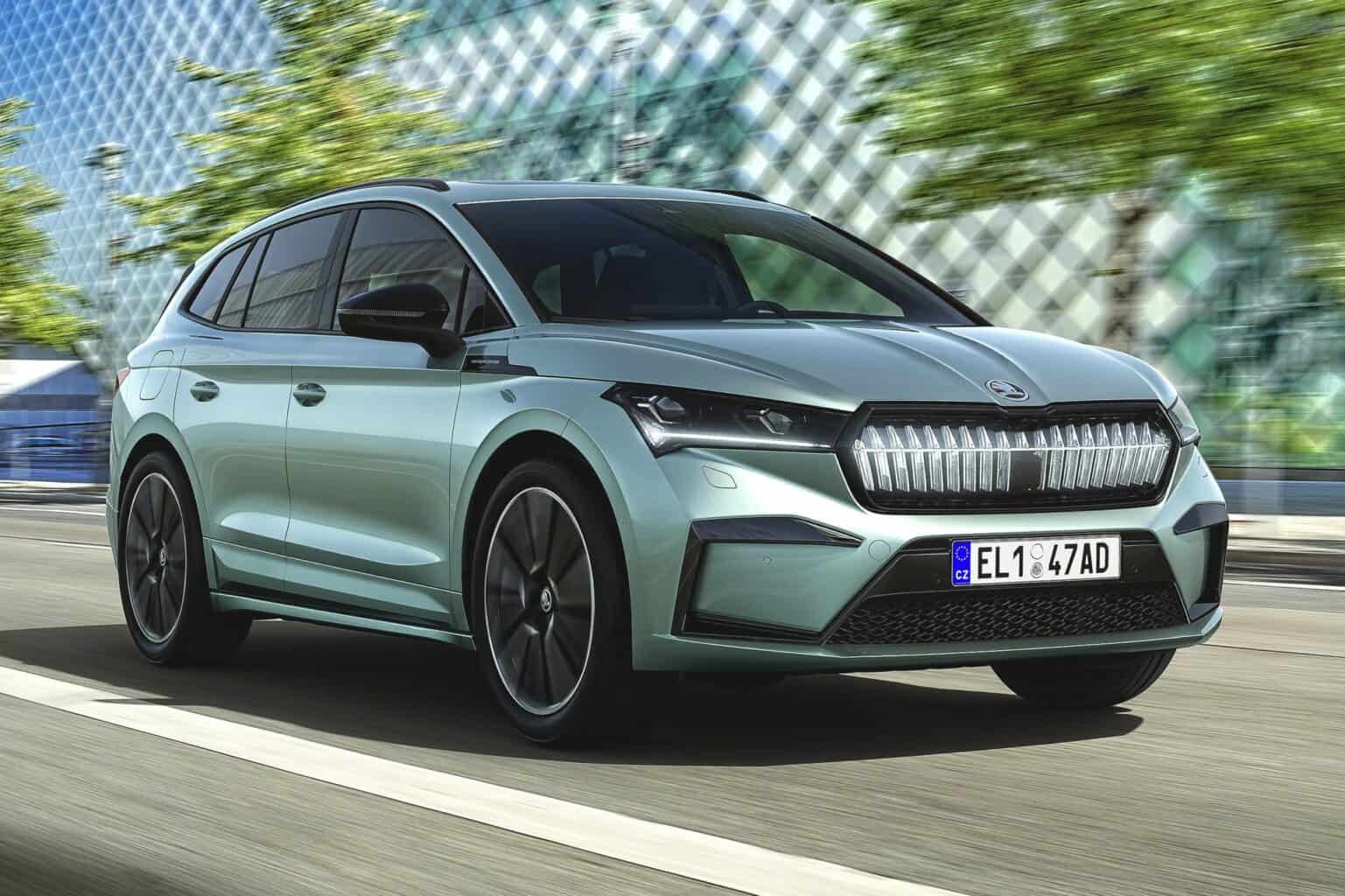 However, we’re not here to talk about specs and tech. We’re here to talk about design. That’s because the Skoda Enyaq iV has a grille that’s actually quite similar to BMW’s iconic kidney grille. Admittedly, it doesn’t always look like that. Under normal circumstances, it looks like a typical Skoda grille. However, if you opt for the illuminated grille option, that changes a bit.

With its illuminated grille, when the lights come on, the center of the grille is left dark for some inexplicable reason. When that happens it visually splits the grille in two, giving it a very BMW-esque look. Which is extremely odd coming from a car that clearly has Volkswagen Group styling. It’s not a direct copy of a BMW grille, as the center doesn’t entirely black out, but it’s enough to make passersby pause at a glance and wonder what sort of BMW it is.

To be honest, the car is actually pretty good looking. It’s got sharp lines and a sporty shape. Even with the illuminated grille, it looks quite cool. Still, it’s a bit odd to see a VW Group product with a grille that can so easily be mistaken for a BMW. Look quickly and you might think you’re looking at the upcoming BMW iNEXT. The funniest part about it is that BMW likely wishes it had a car on sale with the sort of EV range the Skoda Enyaq iV has and the 4 Series is probably jealous of the Enyaq’s grille…

See also  TEST DRIVE: Is The BMW i3 Good In Winters?