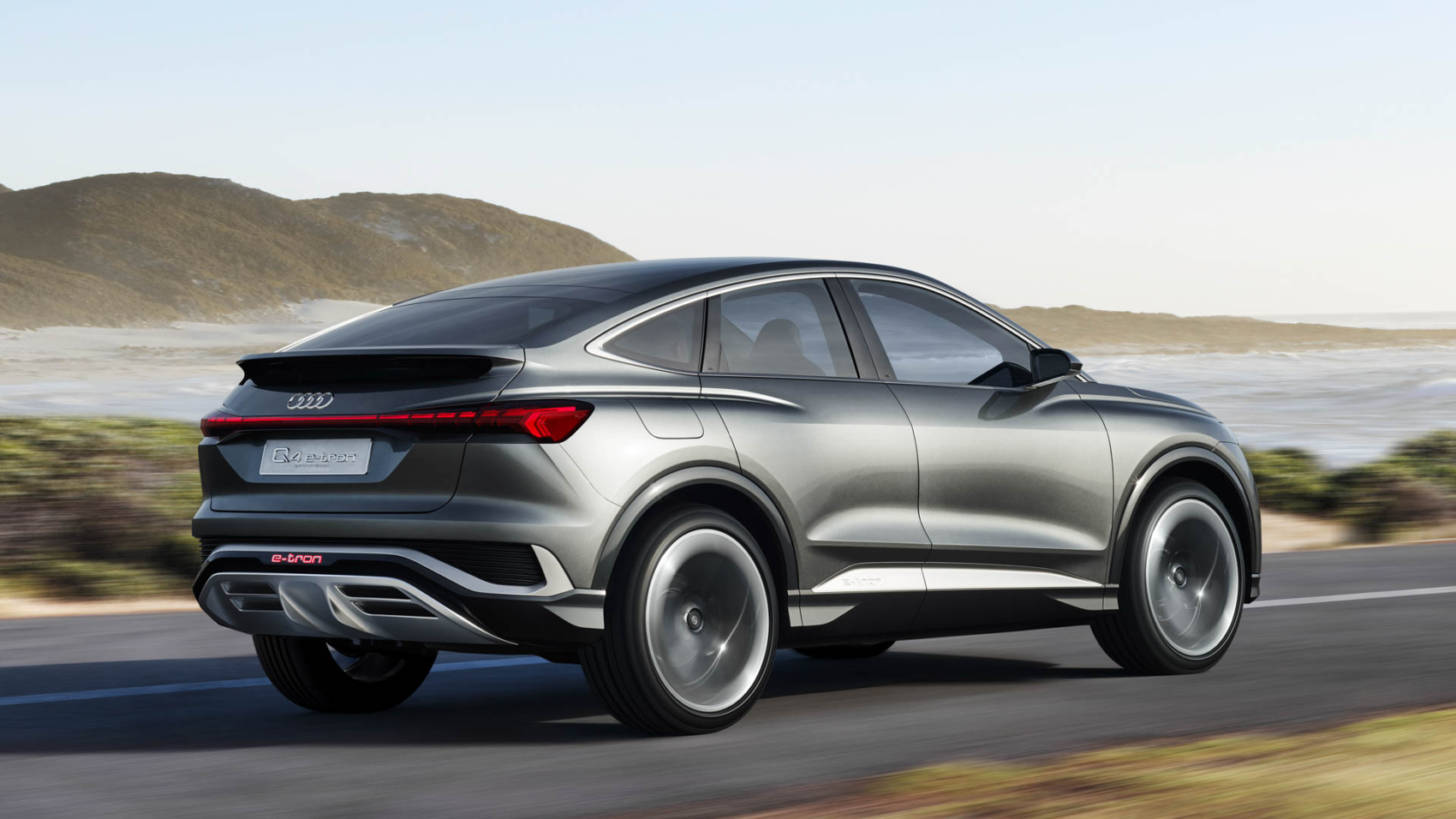 The reveal of the Audi Q4 e-tron Sportback production car must be coming soon, as more and more spy photos of test mules keep popping up. In the original photos, it borrowed a lot of styling cues from the Volkswagen ID.4, a car that will share the same all-electric platform, but now it’s starting to take its true shape and it’s looking much more like the Concept car we saw a few weeks ago.

Up front, it clearly borrows its familial e-tron styling, with sharp headlights and a similar grille. However, the rest of the car looks very different from its other e-tron siblings. While those two are much larger and look more like normal SUVs (unfortunately, even SUV “coupes” are normal now), this is far more of a Sportback.

The back end is far more rounded than the other two, with only a tiny lip spoiler to break it up. To be honest, I don’t love the shape. I see a lot of Tesla Model X in the overall profile and that is not a compliment. The production car should have some muscular rear haunches and an aggressive shoulder line to break it up and add some style but the overall shape is not a good one.

Thankfully, the Audi Q4 e-tron Sportback should be a very handsome car on the inside. From what we’ve seen from the concept car, the interior will be a lovely place to sit, packed with great tech and loads of space. Also, we’ve read reports of the Volkswagen ID.4 having a very nice cabin, so our hopes are high for the Q4.

Under the skin, the Audi Q4 e-tron Sportback is said to have an 82 kWh battery pack, which should make it good for almost 300 miles of range. It should also get just a single electric motor at the rear axle as-standard, with a dual-motor, all-wheel drive option.

We’re very intrigued by the idea of an Audi Q4, as it offers a cheaper alternative to the standard e-tron and allows more Audi customers into the world of EVs. Hopefully Audi can deliver the goods and the Q4 offers a great affordable electric alternative for traditional customers.