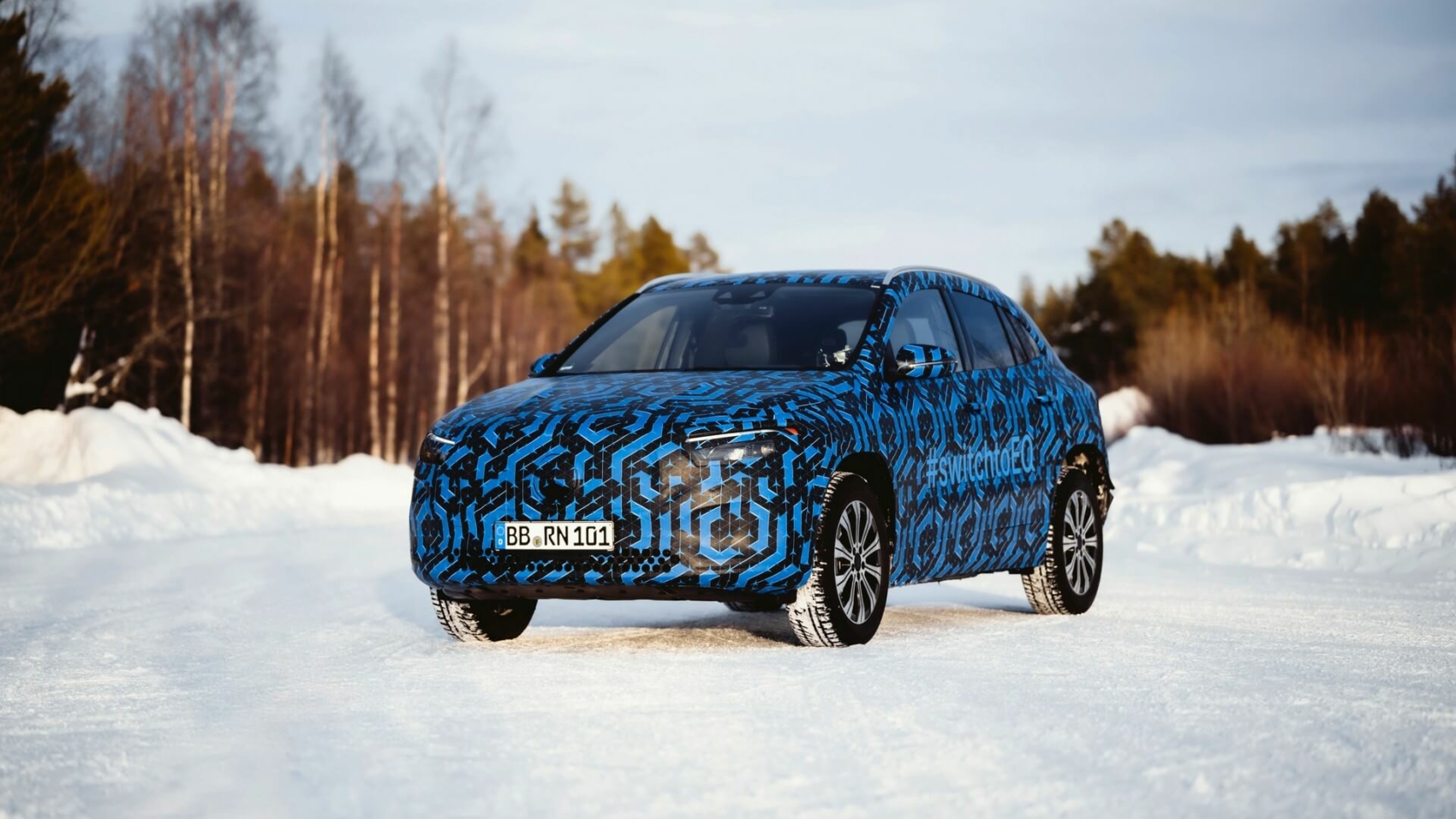 Mercedes originally unveiled the EQA as a concept car during the 2017 Frankfurt Motor Show by displaying a fully electric hatchback. There has been a change of plans since then as the production EQA will take the shape of a compact crossover to better satisfy customer trends. The zero-emissions variant of the GLA has been spotted possibly for the last time, wearing minimal camouflage.

Mercedes has previously announced the world premiere is scheduled to take place on January 20. As a matter of fact, production of the first-ever EQA has already commenced at the Rastatt plant in Germany. Later this year, the model will also hit the assembly line in China through Daimler’s local Beijing Benz automotive joint venture.

As evidenced by this thinly covered prototype, the EQA will largely inherit the exterior design of its conventionally powered GLA counterpart. It comes as no surprise the front grille is closed-off seeing as how there’s no combustion engine underneath the hood that needs to be cooled down. The grille should be like what Mercedes installs on its other electric crossover, the bigger EQC.

To further separate it from the GLA, the three-pointed star has designed new front and rear bumpers and we’re also expecting some aerodynamic alloy wheels to maximize efficiency. The exhaust is obviously gone, and there could be some revised graphics for the headlights and taillights to give the EQA its own visual identity.

Technical specifications are shrouded in mystery at this point, but we do know the electric crossover will be followed later this year by the EQB as an electric variant of the GLB. It should have virtually identical hardware but hiding underneath a boxy body lending a more spacious interior. The EQB will be made in Hungary at the Kecskemét factory as well as in Beijing through the same BBAC joint venture.

The EQA and EQB are just two of the many EVs that Mercedes will be launching by the end of 2022. Additional eco-friendly models include the bigger EQE and EQS SUVs, with both getting sedan counterparts. Even the mighty G-Class will spawn an electric derivative later this decade as part of Daimler’s EV push.

READ  What is the difference between the BMW i3 and the BMW i3s?