The Chevrolet Bolt facelift was supposed to come out for the 2021 model year, but that didn’t happen due to delays caused by the coronavirus pandemic. The electric small hatchback should be well worth the wait as now we’re hearing the company with the bowtie emblem has “listened to customers” while developing the mid-cycle update.

That’s the promise made by Steve Majoros, Chevrolet’s Vice President of Marketing, in a recent interview with our colleagues at GM Authority. While he didn’t go into specific details, it’s refreshing to hear customer feedback remains relevant, even when an automaker is preparing only a facelift compared to a next-generation model. 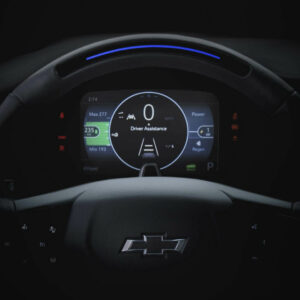 GM has had an extensive teaser campaign for the 2022 Bolt, but the model previewed so far has actually been the new EUV. Essentially a crossover version, the slightly larger model will ride on the same GM BEVII architecture used by the hatchback, with both slated to adopt the Super Cruise semi-autonomous driving system.

While the outgoing Bolt offers 259 miles (416 kilometers) of range, a recent teaser suggests Chevy has made improvements to the vehicle’s efficiency. The EV is expected to cover roughly 277 miles (445 kilometers) between charges, but it’s unclear whether it will be from the same 66-kWh lithium-ion battery or a larger pack. 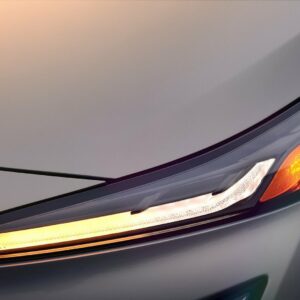 One of the issues expected to be addressed with the upcoming 2022MY is the availability of a sunroof, at least in the case of the Bolt EUV. The facelift will also see the introduction of sequential LED turn signals – representing a first for a production Chevrolet model. Aside from exterior revisions, the facelift is going to bring some improvements throughout the interior.

Following its world premiere in February, the 2022 Bolt in both hatchback and crossover body styles will enter production at GM’s Lake Orion factory in Michigan from this summer and should hit the market later this year.