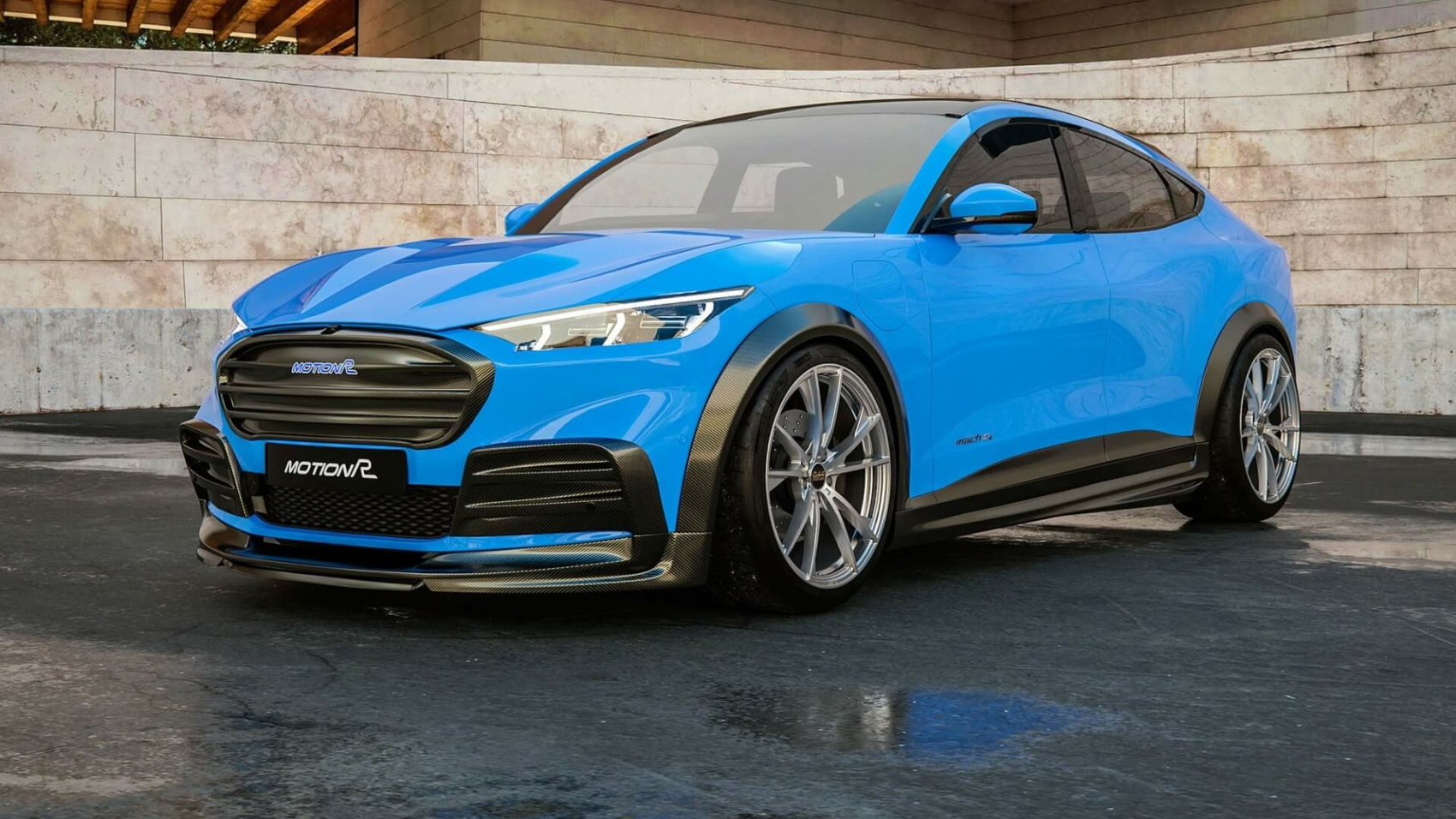 Ever since Ford unveiled the Mustang Mach-E in November 2019, fans of the beloved pony car have been complaining the electric SUV is not worthy of its moniker. The Blue Oval has tried and, dare we say, succeeded to adapt the sports car’s design DNA to fit the new high-riding model, but some would argue those changes are not enough to earn the fabled badge.

Tuners are eager to get their hands on the Mustang Mach-E and modify the zero-emissions SUV’s appearance to make it look sporty and aggressive to befit the highly acclaimed nameplate. Specialized in modifying Ford Transit vans and Ranger pickup trucks, Motion R Design is taking a crack at upgrading the Blue Oval’s all-electric pony car on stilts.

The winner of the 2021 North American Utility of the Year award looks decisively aggressive now courtesy of an aftermarket body kit. The exterior styling package with flared wheel arches can be had either in carbon fiber or with a forged carbon weave. The bulging hips are only part of the story as Motion R Design has also conceived beefier side skirts and a rear diffuser.

Rounding off the body changes are the customized front grille and a rear spoiler on the tailgate to complement the OEM piece mounted on the roof. It would appear the Mustang Mach-E now rides closer to the road to further send out that sports car vibe, while the forged wheels are specifically designed for the electric SUV.

Images of the interior cabin have not been provided by the Lancashire-based tuner, but we do know full Nappa leather upholstery is being worked on, along with a flat-bottomed steering wheel dipped in carbon fiber. Those looking to shave off some weight and willing to pay the premium will be able to order the interior door cards in carbon fiber.

Motion R Design hasn’t said a word about making changes to the powertrain, not that the Mustang Mach-E needs them anyway. The GT Performance Edition already packs a mighty 480 horsepower and 634 pound-feet (860 Newton-meters) of instant torque for a 0 to 60 mph in three and a half seconds. Ford has even suggested faster versions are being planned, so the electric SUV certainly isn’t lacking in terms of performance.