BMW has been busy lately expanding its electric portfolio with SUVs like the iX3 and the flagship iX, but that doesn’t mean it has been ignoring the once traditional sedan body style. Well, the 4 Series with four doors is officially billed as a gran coupe per BMW marketing speak, but it’s still a sedan at the end of the day.

Debuting in a few months from now, the first-ever BMW i4 is back in yet another episode of its lengthy teaser campaign. The silent gran coupe has entered the last stage of its development phase and is currently undergoing the final calibration test drives to make any necessary last-minute tweaks before the official reveal. 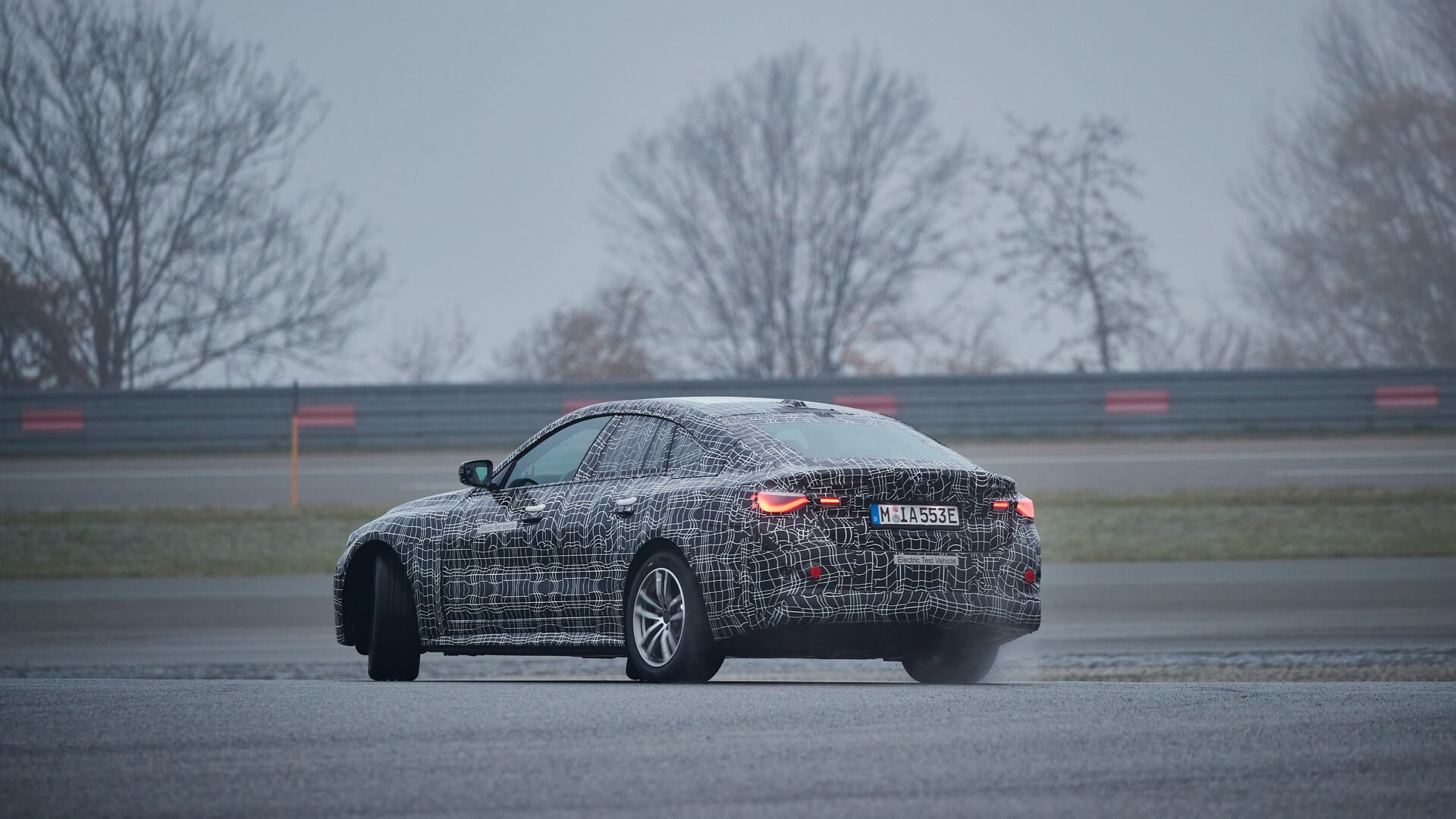 Project manager David Alfredo Ferrufino Camacho promises laser-sharp steering before he trashes around a still-camouflaged prototype at a private test facility. The i4 appears to have a tail-happy nature as you’d expect from a proper BMW, even if there’s no inline-six or V8 soundtrack to complement the car going sideways in a controlled manner.

The fine-tuning process also involves driving the i4 over a bumpy road to see how the suspension soaks up the uneven surfaces and whether the chassis is up to the task of providing the comfort you’d want from a luxury car. BMW claims it has found the right balance between comfort and sportiness to create an electric all-rounder as an alternative to the company’s zero-emissions SUVs.

We’re being reminded the top-of-the-line variant will offer an impressive output of 530 horsepower (390 kilowatts), enough for a sprint to 62 mph (100 km/h) in just four seconds flat. Taking advantage of BMW’s latest battery technology, the i4 will have a maximum WLTP-certified range of 600 kilometers (373 miles) to largely cure range anxiety.

Promising to deliver a “catapult-like sprint” and a “perfectly blanked ride comfort,” BMW advertises the i4 as being the best of both worlds. It’s shaping up to be a compelling electric car, although some people will likely be put off by the controversial grille design, especially since there’s no need for one given the absence of a combustion engine.