After the P1 and Speedtail electrified hypercars, McLaren is downsizing the hybrid recipe for a more affordable model that will serve as its more “affordable” product going forward. Meet the all-new Artura, Woking’s first supercar to employ a twin-turbo 3.0-liter V6 engine we’ll likely be seeing more of in the following years.

Developed from the ground up, the engine produces 577 horsepower (430 kilowatts) and 585 Newton-meters (431 pound-feet) of torque. Mounted longitudinally, the combustion engine has a “hot vee” configuration and powers the rear wheels while providing a screaming redline of 8,200 rpm. The six-cylinder is part of a hybrid powertrain and works together with an axial flux electric motor. 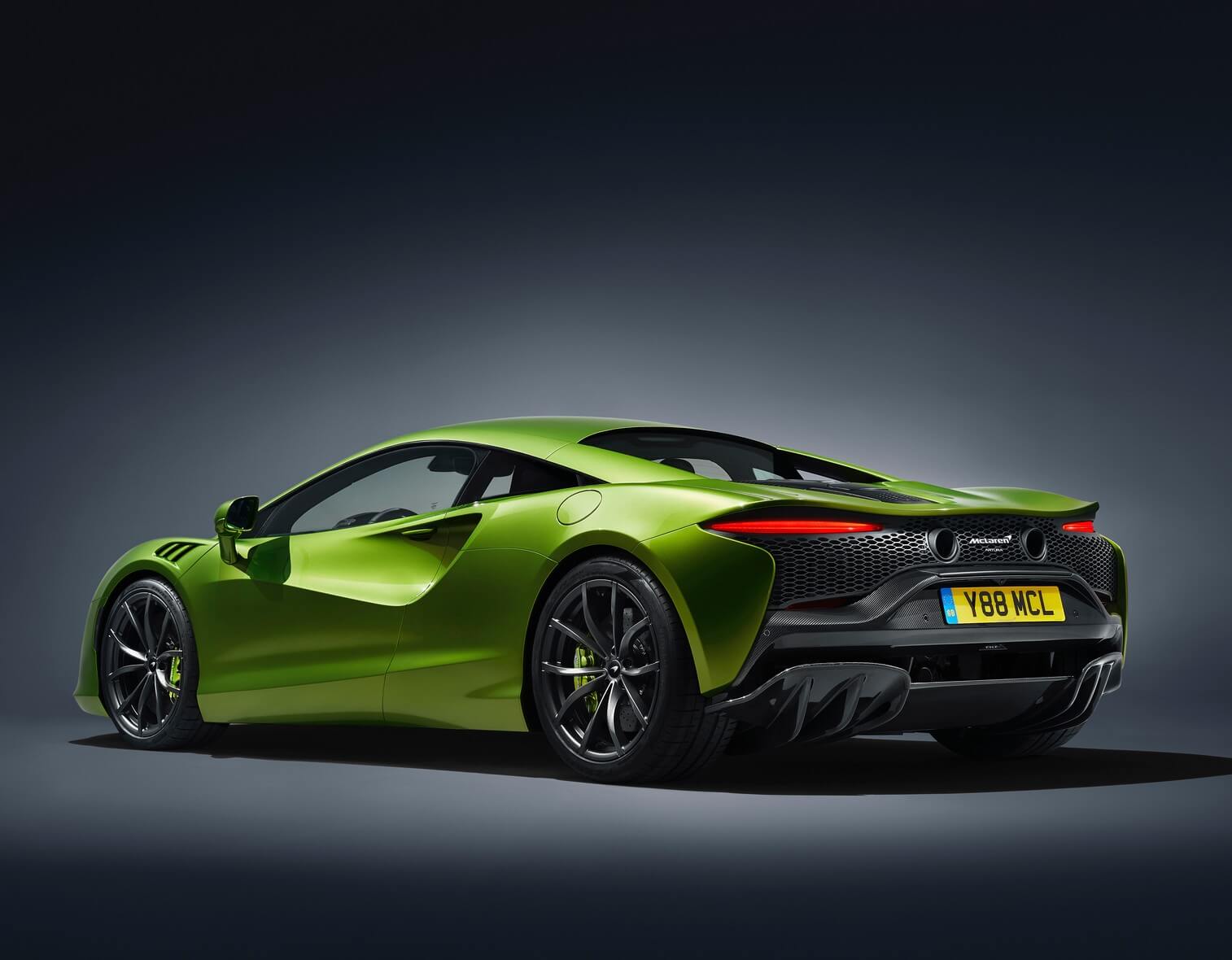 The e-motor is good for an extra 94 horsepower (70 kilowatts) and 225 Newton-meters (166 pound-feet) of near-instant torque, thus enabling the McLaren Artura to offer a juicy combined output of 671 horsepower (500 kilowatts) and 720 Newton-meters (531 pound-feet). The electric motor tips the scales at only 15 kilograms (34 pounds), making it more than 50 percent lighter than the e-motor installed in the P1.

As far as the battery is concerned, it’s a lithium-ion pack with a usable energy capacity of 7.4 kWh. With a fully charged battery, the Artura will be able to cover up to 19 miles (30.5 kilometers) in the electric mode based on the WLTP cycle. Unlike the P1 and Speedtail which are regular hybrids, McLaren’s new electrified supercar is a PHEV, needing two and a half hours to reach an 80-percent capacity using a standard cable. Alternatively, it can be charged while on the go as the Artura can harvest power from the V6 during driving in order to feed the battery. 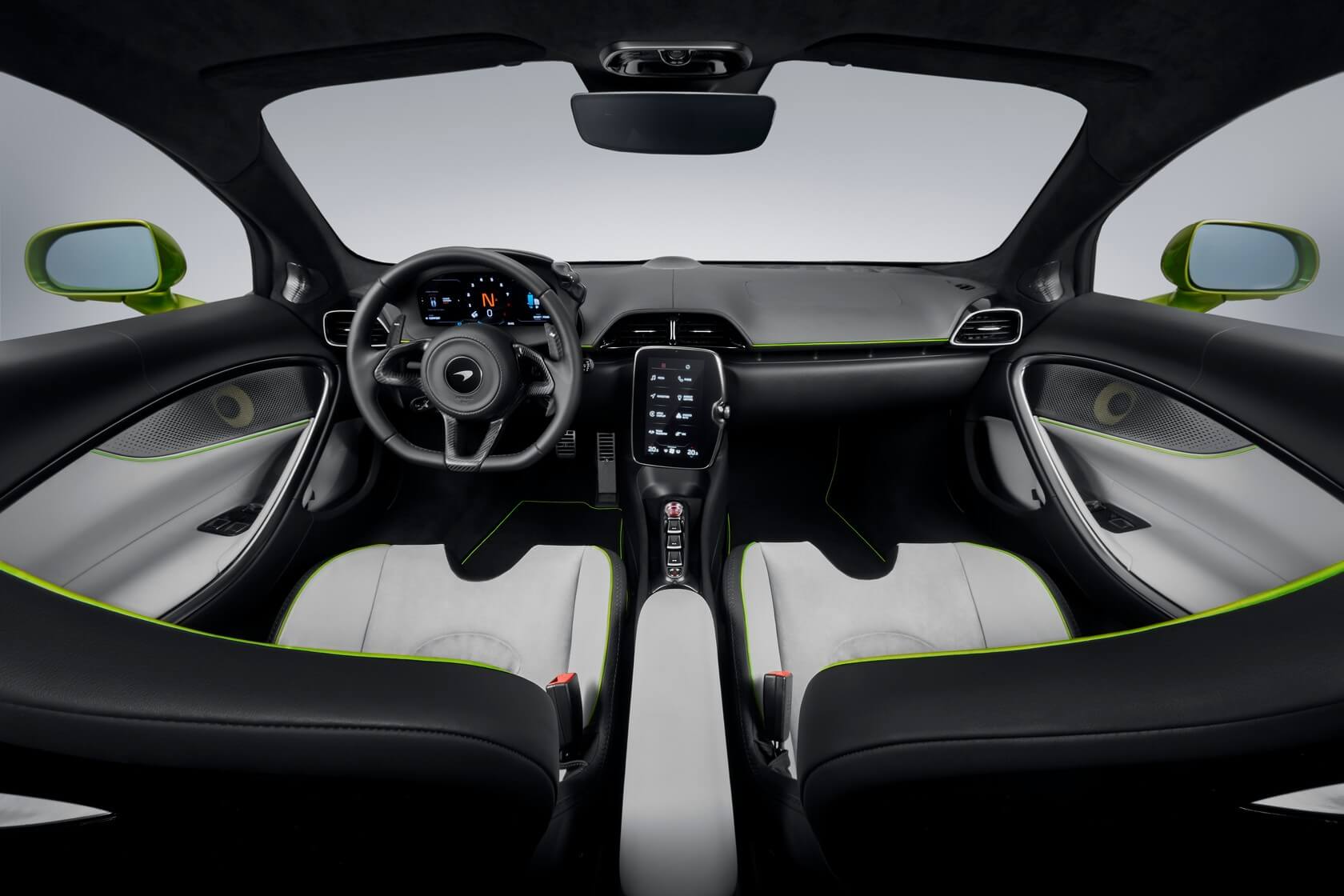 Aside from the totally new hybrid powertrain, the latest model from Woking also gets a newly developed lightweight eight-speed transmission with the company’s first implementation of an electronic differential. The latter automatically controls torque from one rear wheel to the other, while being smaller and lighter than a traditional mechanical locking differential. The newly added e-diff will help with traction out of corners, especially at higher speeds. 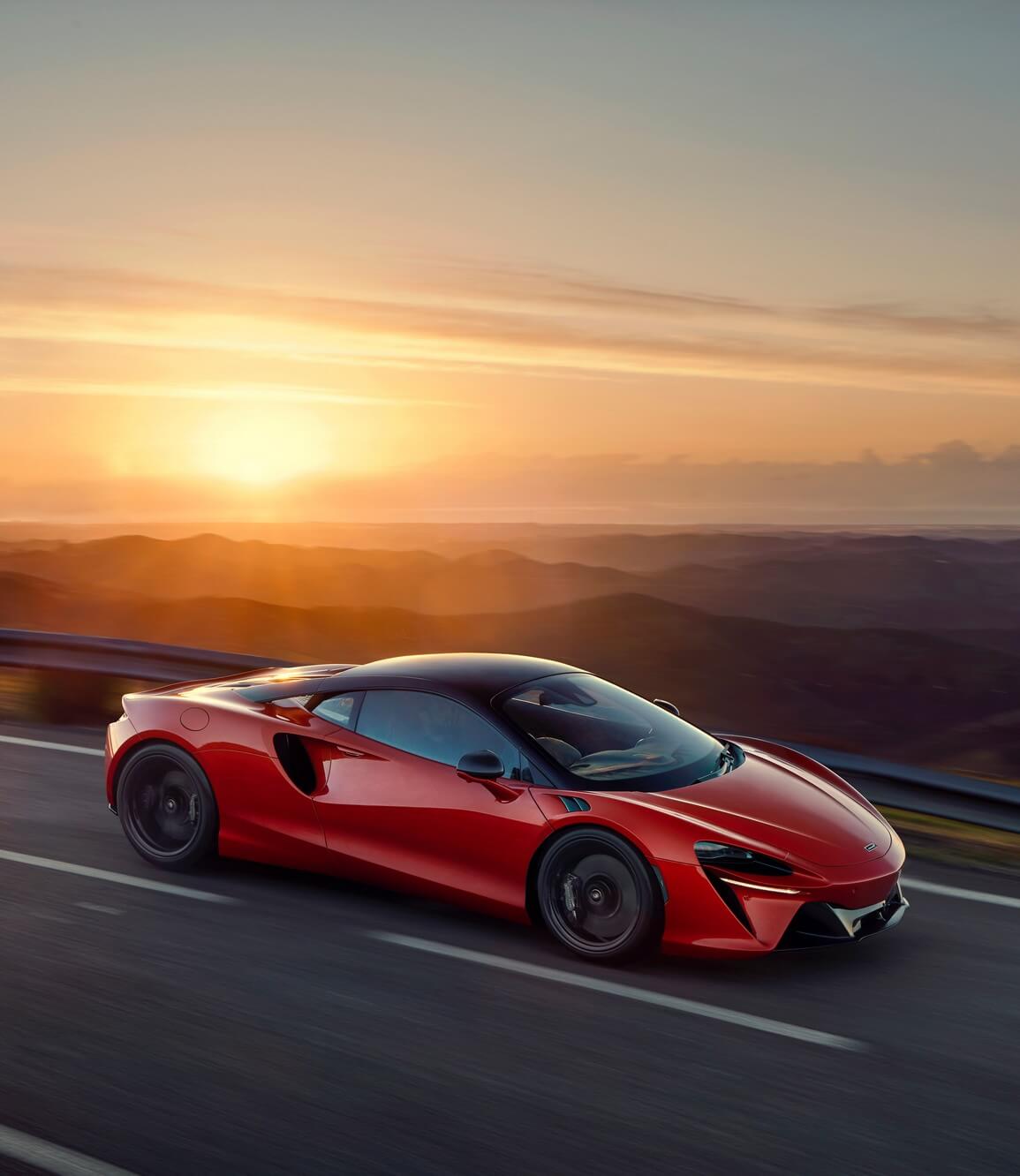 While the styling isn’t a vast departure from past McLarens, the Artura does have its own visual identity. It also hides an important secret as the revamped carbon fiber structure beneath the skin doubles as a safety cell for the battery pack. In addition, it integrates additional crash and load-bearing functionality. The monocoque weighs as little as 82 kilograms (181 pounds) even though it contains the battery compartment, too.

McLaren is already accepting orders from customers in the United States where Artura has a starting price of $225,000. As standard, the plug-in hybrid supercar comes with soft-close doors, power-folding heated mirrors, a nose lift system, and power seats. It supports over-the-air updates (OTA) and comes fitted with a new generation of the Pirelli P Zero Corsa tires for the 19-inch front and 20-inch rear wheels, with three bespoke rubber specifications to pick from.

First deliveries are planned for Q3 2021.