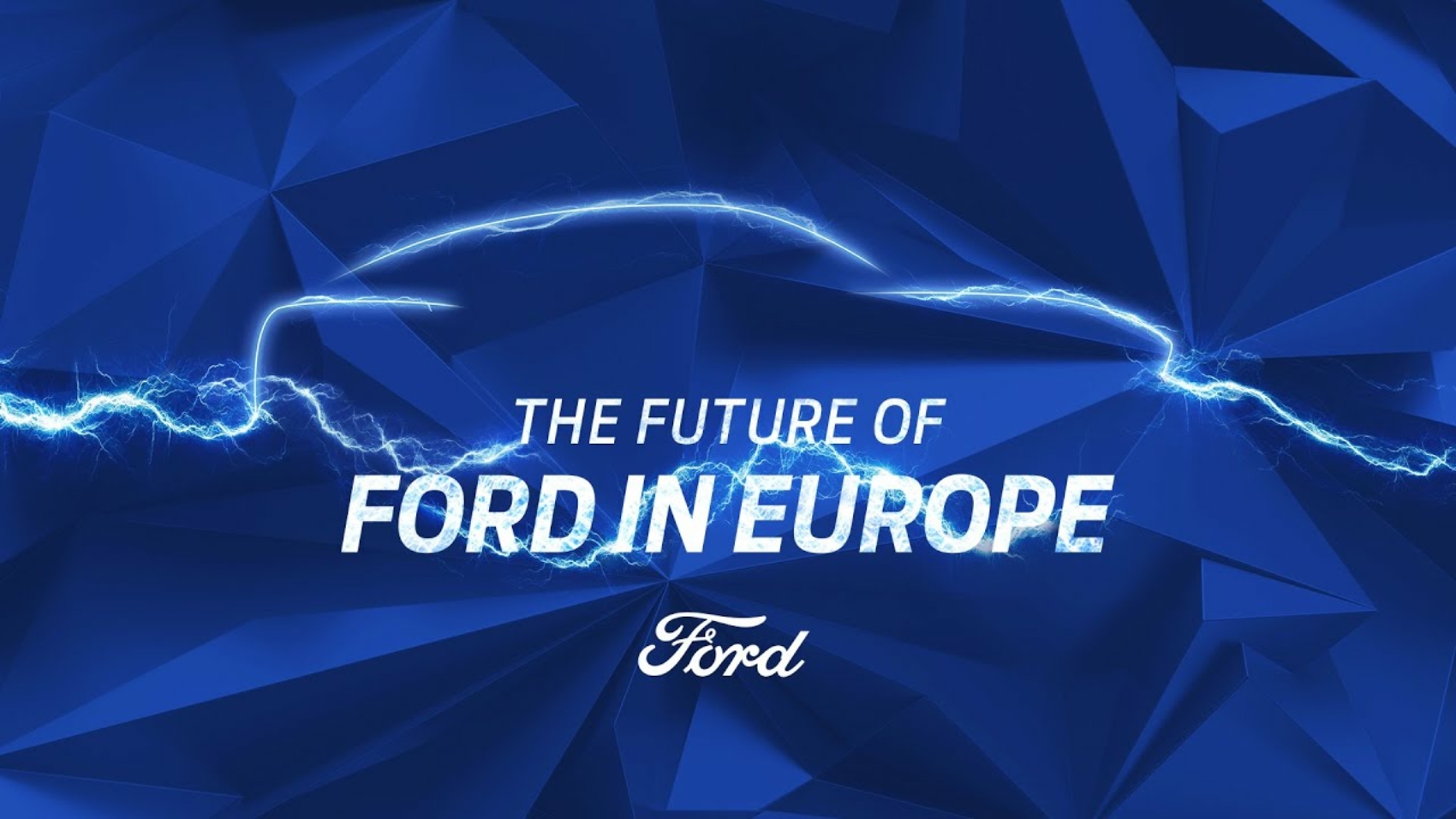 Ford of Europe took many people by surprise yesterday when it announced plans to sell only electric passenger cars by the end of the decade. To get there, the company is investing $1 billion at its Cologne factory in Germany to get it ready for EV production, kicking off in 2023. While the identity of the new zero-emissions model wasn’t revealed, the Blue Oval might have vaguely teased its shape.

During the whole presentation detailing its shift towards a greener future, Ford had a design sketch exhibited in the background. The very same silhouette was projected onto the company’s building in Cologne and many of the official press images contained the same electrifying side profile. Putting two and two together, we might have been given an early preview at the Euro-centric EV due in a couple of years from now.

Judging by the vehicle’s shape, we might have an idea regarding what it will be. The sketch seemingly resembles the Ford Mondeo’s replacement, expected later this year as a high-riding, rugged wagon. It is believed the model will debut in Europe with a hybrid powertrain, and perhaps a purely electric derivative is going to be launched in 2023.

For the time being, Ford only refers to its new mysterious model as a “volume all-electric passenger vehicle for European customers.” The Cologne-built model could be followed by a second a EV, but a decision is still pending. Meanwhile, the first dedicated electric Ford to reach the Old Continent is the Mustang Mach-E.

Ford of Europe is embracing electrification in more ways than one as its commercial side will also gradually switch to EV power. By 2030, the automaker estimates two-thirds of its commercial vehicle sales will be represented by PHEVs and EVs. To achieve this target, the entire commercial lineup will offer plug-in hybrid and fully electric powertrains as early as 2024.