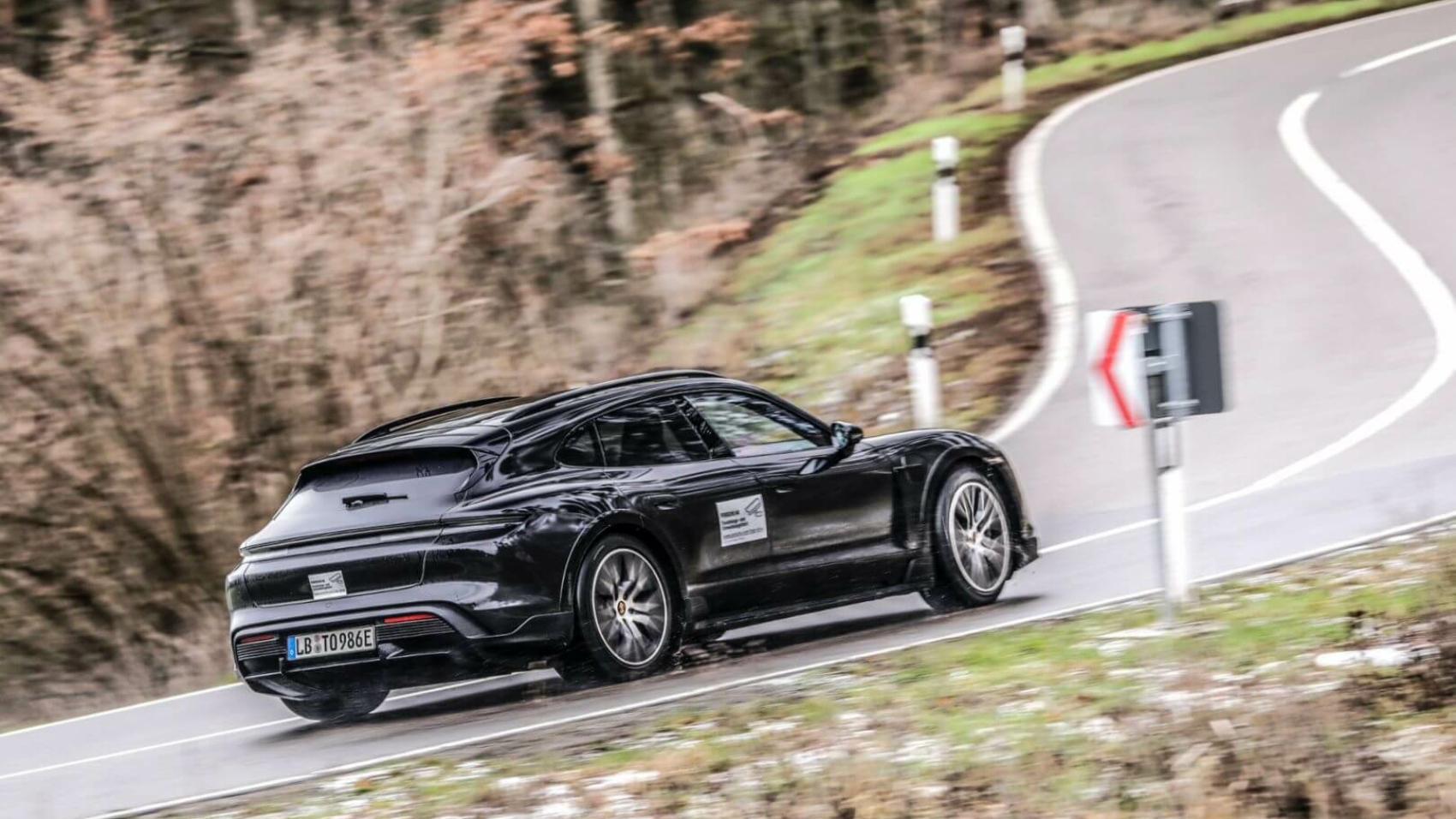 Porsche has provided the best look yet at the first-ever Taycan Cross Turismo, an electric wagon with extra practicality over the conventional sedan. Shown here with minimal camouflage, the near-production prototype has roof rails and plastic body cladding around the wheel arches while inheriting the front-end design from the standard Taycan.

From the few details released by the head of the Taycan model line, Stefan Weckbach, we discover the Cross Turismo has an entirely new, elongated roofline. That’s not surprising seeing as how wagons powered by combustion engines also have different roofs compared to the sedans they’re based upon. Perhaps more intriguing is the “more generous second row” promised in the adjacent video.

It can only mean two things: either the engineers have made changes to improve the Taycan’s packaging over the sedan or the new wagon comes with a slightly longer wheelbase. Regardless of the answer, it’s a pleasant surprise to learn the Cross Turismo has more legroom for passengers sitting in the back. As you would expect from a proper wagon, the cargo capacity has grown over the sedan.

It is worth mentioning Porsche doesn’t actually refer to the Taycan Cross Turismo as a wagon. Instead, it’s apparently a “cross utility vehicle.” That’s just marketing speak for a rugged wagon with an SUV-like lifted suspension for improved ground clearance and slightly better approach and departure angles. The same formula has been used by parent company VW Group on a vast array of models, including the Audi A4/A6 Allroad and the Volkswagen Golf/Passat Alltrack.

Porsche made changes to the suspension to better cope with rough roads and even added a dedicated CUV (cross utility vehicle) driving mode to make sure the Taycan Cross Turismo “does well on gravel roads in terms of stability, performance, and dynamics.” These changes are likely to command a premium over the equivalent sedan, so prepare to pony up more money if you want the lifestyle-oriented model.

As a final note, pre-production of the electric wagon at the company’s Zuffenhausen plant in Stuttgart, Germany has already commenced and that can only mean Porsche is about to take the wraps off the Taycan Cross Turismo.