The BMW 745Le is definitely a clear step up compared to the old 740e model. Those two extra cylinders under the hood make a huge difference and they also offer tuners the possibility of adding some extra power to the mix, on top of what the car comes with as standard. Swiss tuner Dahler is no exception and came up with a kit for the plug-in hybrid 7 Series that would turn it into a proper 750i rival.

The standard BMW 745Le comes with a total of 394 horsepower and 600 Nm (443 lb-ft) of torque, figures good enough for basically any sort of need. The torque delivery is instant, the straight-six engine is smooth and the whole car feels like a refined product, with a great balance between speed, luxury and efficiency. With this newfound level of power Dahler infused in it, the 745Le is even better. But what kind of numbers are we talking about here?

Well, according to the Swiss company, they managed to squeeze 408 horsepower out of the internal combustion engine under the hood, basically increasing the output by 122 horsepower. The torque also went up from 450 Nm (332 lb-ft) to 600 Nm (443 lb-ft). The electric motor couldn’t be upgraded for obvious reasons and therefore remains the same, with its 113 horsepower and 265 Nm (195 lb-ft) of torque. Overall, the car can now deliver up to 521 horsepower and 865 Nm (637 lb-ft) of torque.

See also  How Far Can the BMW X3 xDrive30e Drive on EV Power? 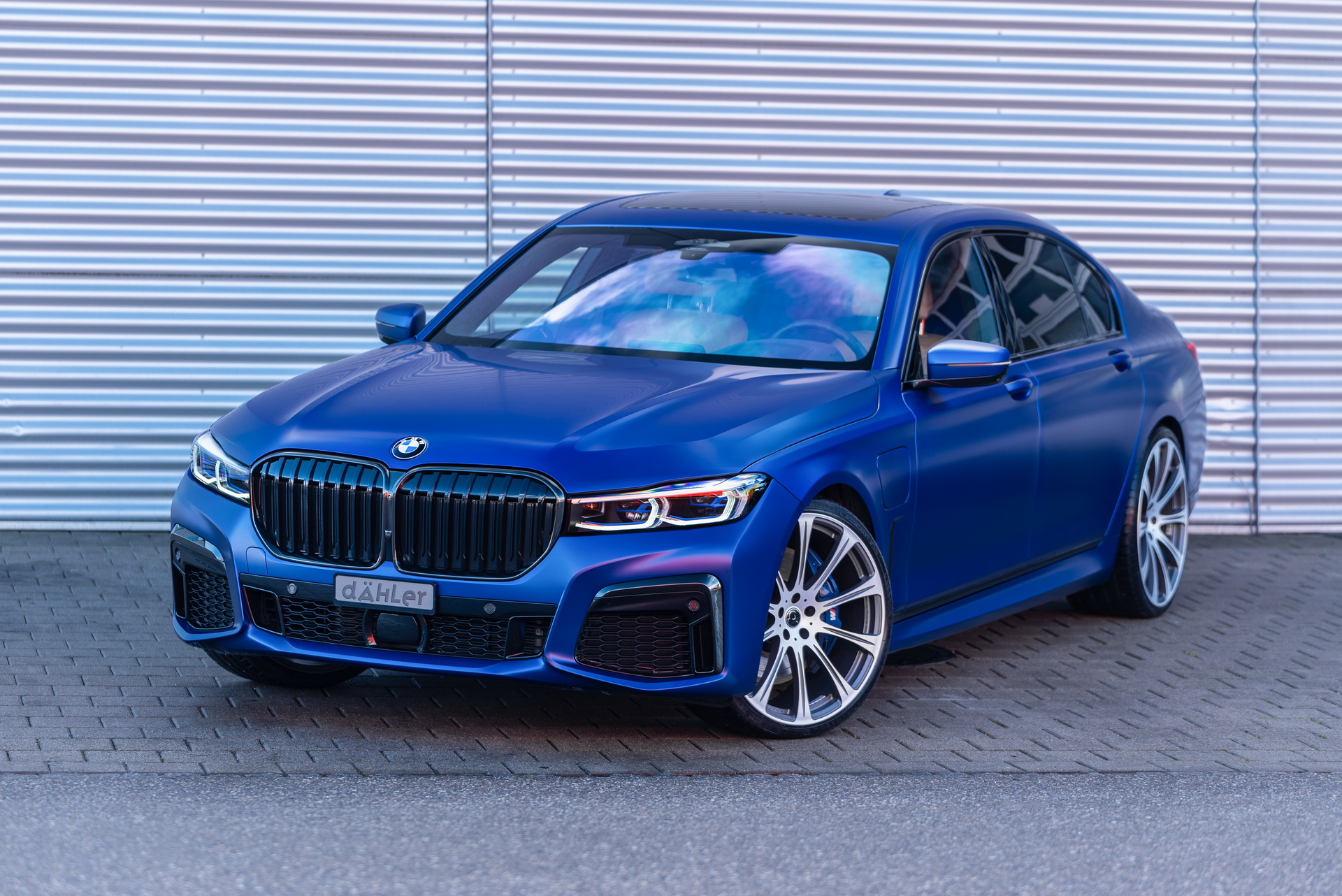 With these figures, the closes model in terms of performance to it would be the BMW 750i with its massive 4.4-liter twin-turbo V8 and 530 horsepower/750 Nm (553 lb-ft) of torque. But even that car would fall short in the torque department. There’s no mention of the 0-100 km/h (62 mph) acceleration time with these upgraded specs but we’re expecting to see numbers close to the 4.1 seconds of the 750i if not even better, considering this too is an xDrive model.