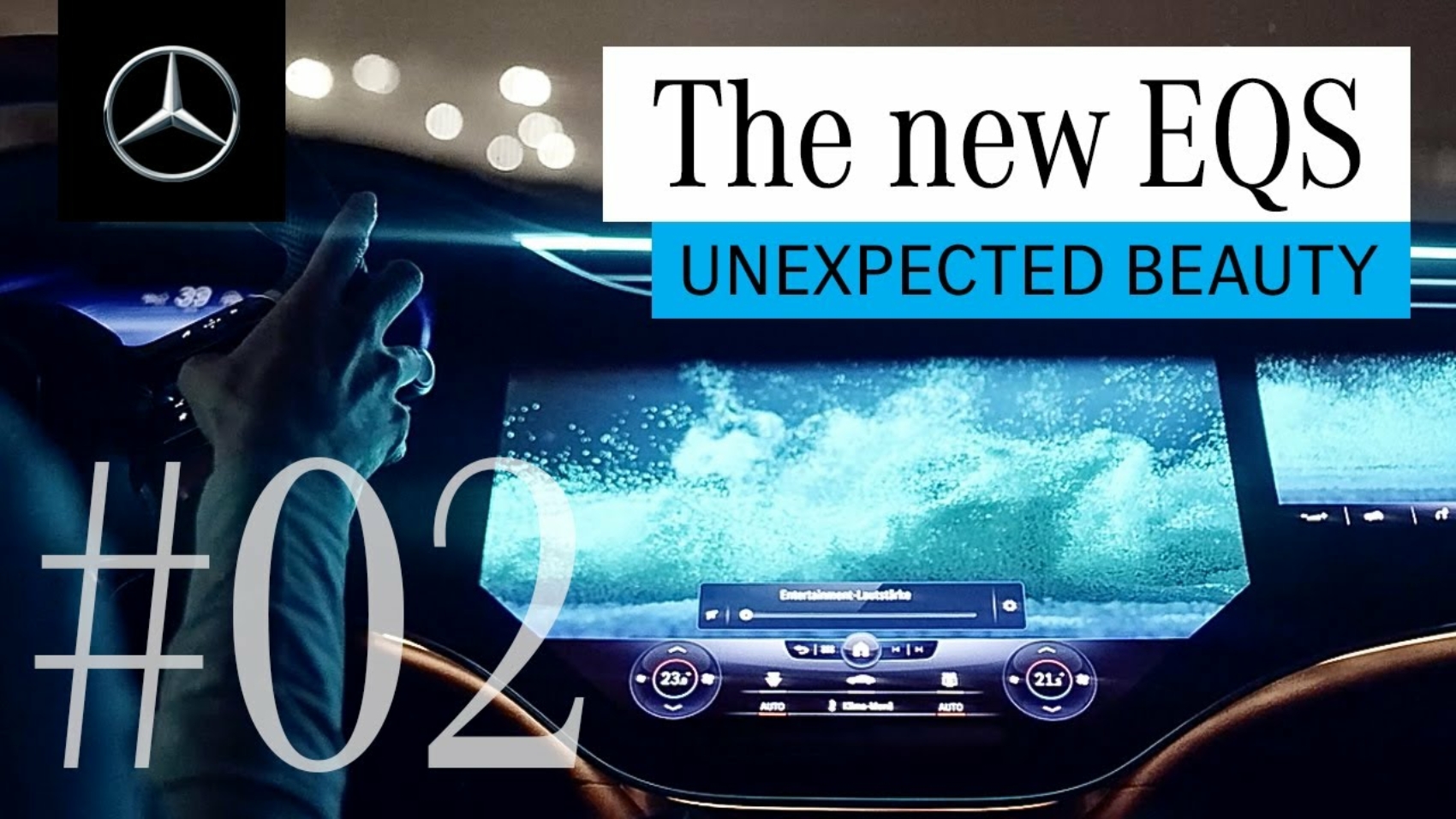 Mercedes is putting the finishing touches on its first dedicated electric vehicle – the EQS – ahead of an expected official debut scheduled for April. In the meantime, a new teaser video has been released and it puts the spotlight on the screen-heavy interior of the zero-emissions luxobarge. Dubbed as being a “human-centric” cabin, the lavish interior hosts the 56-inch Hyperscreen consisting of three separate displays dominating the dashboard.

There’s more to this video than the generous screen real estate as we also get to see the illuminated touch-sensitive door handles that electronically pop up, along with frameless door windows as you’d expect from a proper luxury car. The intricate LED ambient lighting also makes a brief appearance, as do the fancy air vents shaped like turbines.

Another neat feature previewed in the teaser video is the panoramic sunroof you open and close using gesture controls. It appears you can stop the glass from sliding backward at any point by simply using your hand to make a “stop” hand gesture. In the back, there’s a rear-seat entertainment system with a pair of screens, bringing the grand total of displays to five.

According to Hartmut Sinkwitz, head of interior design at Mercedes-Benz, the EQS is one of the most important cars ever made by the company. Those are certainly some big words, and they’re fully justified seeing as how the electric fullsize sedan will spearhead an onslaught of dedicated EVs planned for this decade.

The EQS will be followed in September by the smaller EQE, with both sedans to be joined by SUVs in 2022. In addition, Mercedes has already confirmed plans for a C-Class-sized electric car due in 2025 at the earliest and we’ll also see an electric G-Class at some point. A second-generation EQC crossover is probably on the agenda as well, with the AMG and Maybach sub-brands to hop on the electrification bandwagon later this decade.

Meanwhile, the EQS arriving soon will lead the way, offering a WLTP range of more than 435 miles (700 kilometers). It will ride on the newly developed platform catered to EVs, with a separate architecture in the works for future electric vehicles with 750+ miles (1,207 kilometers) of range between cycles.