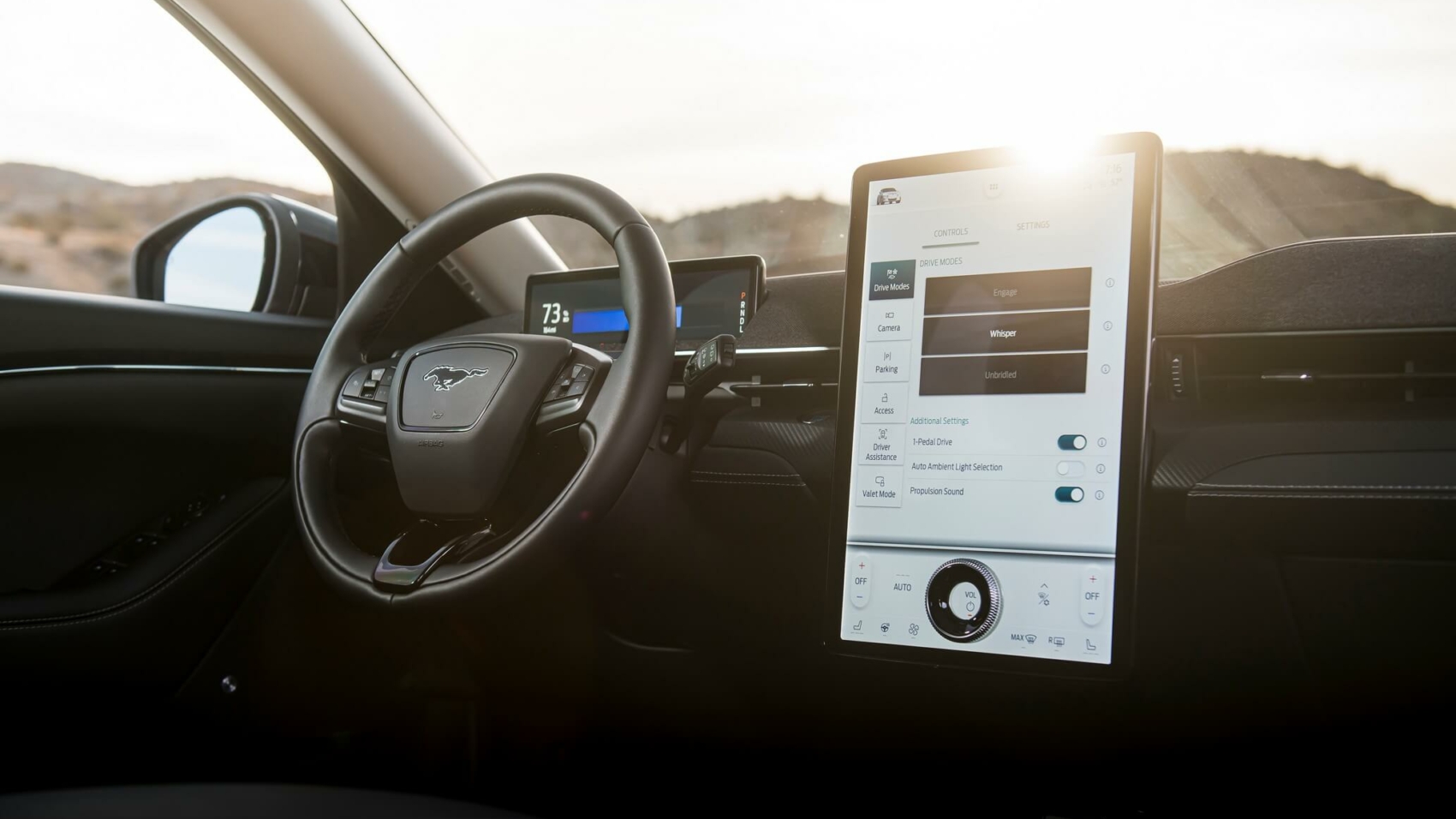 Ford kicked off deliveries of the Mustang Mach-E in December 2020 and the electric SUV is already getting its first over-the-air update. The Blue Oval has selected certain owners to try out the changes brought by the OTA update and these early adopters have been invited via e-mail to check out what the new software brings without having to take their vehicles to the local Ford dealer.

Those who have agreed to install the OTA update in their Mustang Mach-E electric SUVs will receive an Amazon electronic gift card from Ford, worth $20. To be eligible for the e-gift, owners must fill out a survey, providing feedback about the changes implemented with the over-the-air update. A second software vehicle update is also being sent out, and those who install it and complete another survey get another $20 e-gift card to use at Amazon.

Ford originally announced the 2021 Mustang Mach-E would support OTA updates back in May 2020, promising these would take less than two minutes to install in some cases. These updates are being downloaded in the background, meaning you’ll still be able to use the infotainment system, so downtime should be minimal.

Mustang Mach-E owners will be able to program the time of the day when the over-the-air update is installed, including in the middle of the night when the vehicle is parked. The update will be completed in a matter of seconds after the customer starts the vehicle the next day. When Ford announced OTA support for the electric SUV, it said owners would get the first batch of updates within six months after taking delivery. That means around May or June the first software revision should be rolled out to all cars delivered until then.

Meanwhile, those who have been contacted by Ford to try out the OTA update in the beta testing phase have received the following e-mail, according to Ford Authority:

“You are among a very select group of owners/lessees invited to provide initial feedback to Ford Motor Company via the Connected Vehicle Data Drive Community! This important customer collaboration project gives you access to two Over-the-Air vehicle software updates before anyone else as well as the ability to provide Ford with feedback on the update via two short surveys, approximately once a month. Ford is counting on you for your help with this initiative.”

As a final note, the Mustang Mach-E is not the only new Ford to support OTA updates as the new F-150 pickup can also get software tweaks without having to take the truck to the local dealer. In recent days, we’ve seen other automakers pushing out over-the-air updates for their EVs, including Volvo for the XC40 Recharge and Volkswagen for the ID.3 and ID.4.