Having been around since 2012, the current-generation Ford Mondeo is getting a bit long in the tooth. Thankfully, rumors are intensifying about a possible replacement debuting before the end of the year. A new report from Car Magazine attempts to shed light on the midsize car, which is expected to be a radical departure from the aging model on sale today.

The British magazine claims the Blue Oval is turning the Mondeo (Fusion in the US) into a jacked-up rugged wagon with crossover influences. It’s said to replace both the traditional sedan on sale today and the regular wagon, with the next-gen model to be offered in only one SUV-like body style. It is believed the revamped model will ride on an updated version of the existing CD4 platform rather than switching to one of Ford’s newer architectures.

At the heart of the overhauled Mondeo / Fusion will allegedly be a hybrid powertrain consisting of a 2.5-liter gasoline engine and an electric motor. The two will work together to provide a combined output of 222 horsepower and an unspecified amount of torque. Disappointingly, Car Magazine claims Ford will sell the lifted wagon only with front-wheel drive, but we’re keeping our fingers crossed for AWD given the model’s SUV-inspired character. 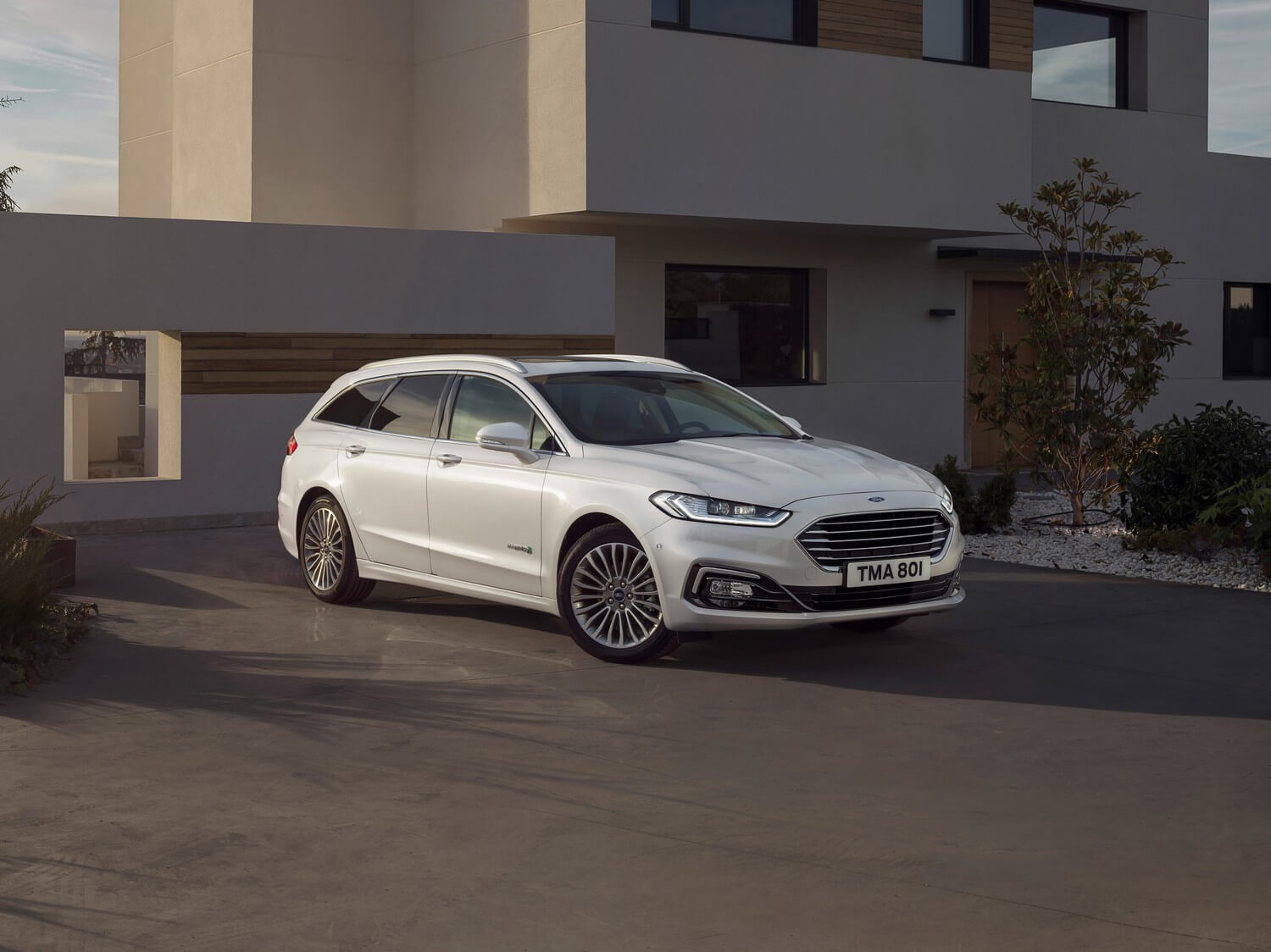 According to the same report, Ford is not planning a pure electric version of its new Mondeo, which is expected to get the “Evos” moniker. It’s also unclear whether the newcomer will be a traditional hybrid or a PHEV, although the publication suggests it could have a charging port like it’s the case with the Kuga (Escape in the US).

Details regarding the interior are limited at the moment, but logic tells us the new Mondeo will utilize Ford’s SYNC 4 infotainment system. Interestingly, it\s rumored to have a widescreen layout instead of the portrait configuration seen in the fully electric Mustang Mach-E crossover. We’re hearing the designers are looking to give the dashboard a cleaner look by incorporating most of the buttons into the touchscreen. The quality inside is going up a notch as well, although that remains to be seen.

If the wraps are indeed coming off before the year’s end, expect Ford to kick off the teaser campaign in the months to come. Sales are scheduled to commence in early 2022.