Ever since the Hyundai Ioniq 5 debuted about a month ago, the exterior design and the technical specifications got the most attention from the media. However, the interior is just as interesting, and that’s not just because the EV has a completely flat floor and a massive wheelbase. YouTuber Asian Petrolhead had the opportunity of being among the first to thoroughly check out the electric midsize SUV, revealing some of its goodies.

With the distance between the front and rear axles stretching at 118.1 inches (3,000 millimeters), it doesn’t come as a surprise the Ioniq 5 has ample rear legroom. After all, the wheelbase is longer than that of the Palisade, a fullsize SUV available with traditional engines. We get to see the rear seats slide back and forth about five inches (127 mm) for when you need the extra legroom or additional cargo volume to carry bulky items.

Hyundai’s first dedicated EV has additional features worth mentioning, including two-stage heated rear seats and manual sunshades for the rear doors, while the B-pillars incorporate the air vents for the passengers sitting in the back. The bottom of the center console contains a pair of USB charging ports, with a storage area right below.

One ace up the Ioniq 5’s sleeve is the power outlet below the rear bench, supporting Vehicle to Load (V2L) tech. What that means is owners can charge external devices, be them house appliances or other items you might use daily. The large sunroof is also a nice feature to have, as are the sliding front center console and extendable front seats with additional leg support.

Dominating the dashboard is a pair of 12-inch fully digital screens in the same vein as you’ll find on the recent Mercedes models. The gear selector stalk is also like cars carrying the three-pointed star, freeing up room between the seats to emphasize the vehicle’s flat-floor layout. Hyundai has decided to keep the climate controls separate from the main screen for quicker access, which is something all automakers should do instead of incorporating all features in the infotainment. 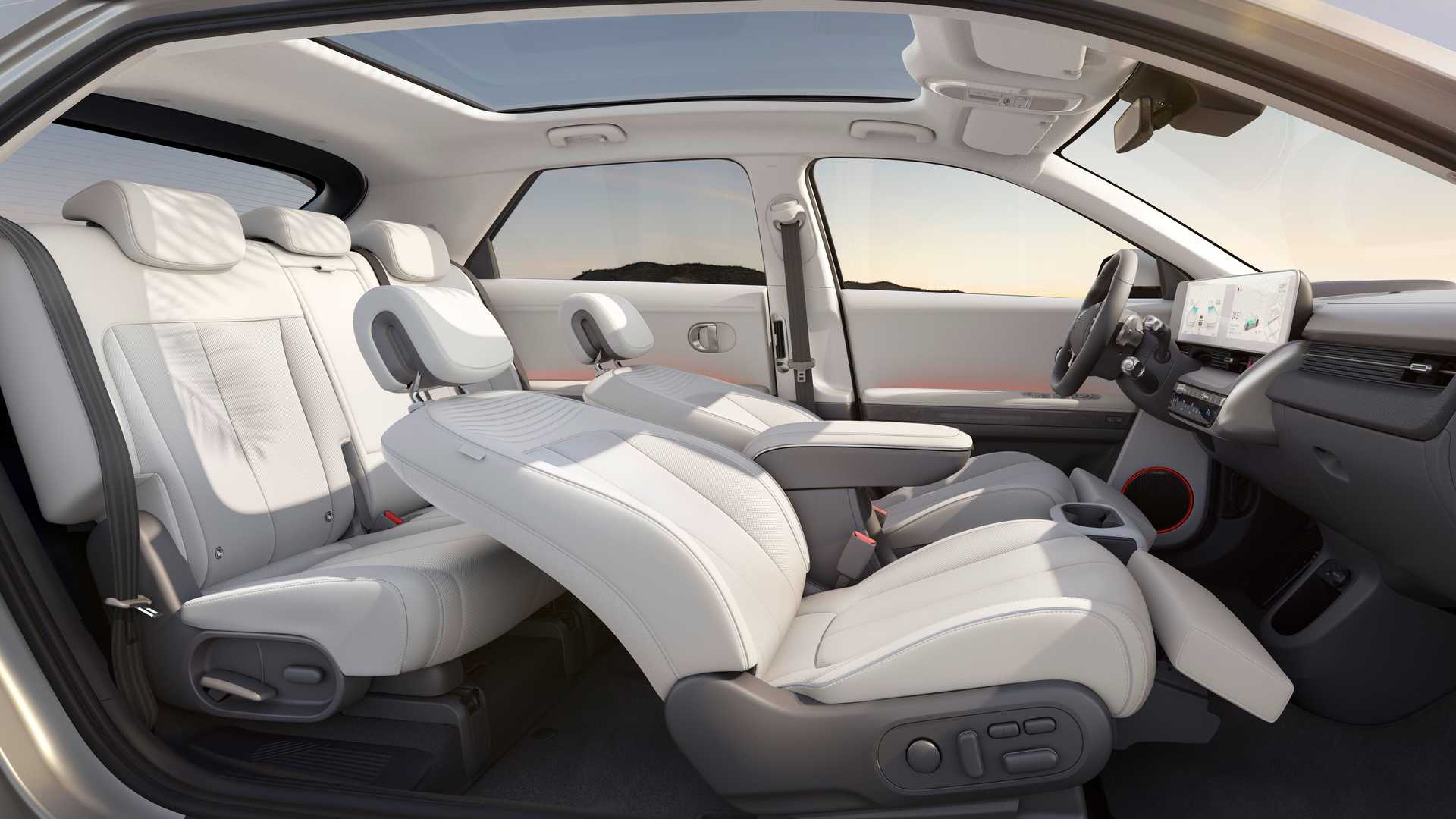 There are quite a few cup holders throughout the cabin along with many storage compartments, including an impressively large glovebox. If you haven’t noticed already, the Ioniq 5 featured here has screens on the interior door panels as the vehicle boasts side cameras instead of conventional mirrors. Hyundai has engineered the EV with cameras, but these will only be offered where the legislation allows it.

Asian Petrolhead then steps outside of the Ioniq 5 to check out its avant-garde design as well as the storage compartments at the front and rear. Being a dedicated EV, it has a fairly decent frunk and a deep trunk area that should be more than enough for your cargo-hauling needs. It’s an impressive package for an electric SUV about the same size as a Tucson, further showing the advantages of riding on a platform exclusively developed for EVs.