There has been a lot of buzz (pun intended) about Volkswagen’s decision to finally bring back the Microbus as an all-electric van. Signaling its return was the ID Buzz pictured above, unveiled more than four years ago at the North American International Auto Show in Detroit. The production model has been previously confirmed for a 2022 launch in Europe and a 2023 arrival in the United States. Now, more details have emerged straight from VW Commercial Vehicles.

According to the man calling the shots at VW’s commercial division, Carsten Intra, the ID Buzz will be offered in the US exclusively as a passenger model with a long wheelbase. He told Car and Driver that customers will be able to pick from up to three battery sizes as well as choose from either a rear- or all-wheel-drive configuration. The RWD model is expected to have a single electric motor with 200 horsepower while the AWD-equipped variant could have a dual-motor setup with 300 hp. In the US, the ID Buzz will be available for the 2024 model year. 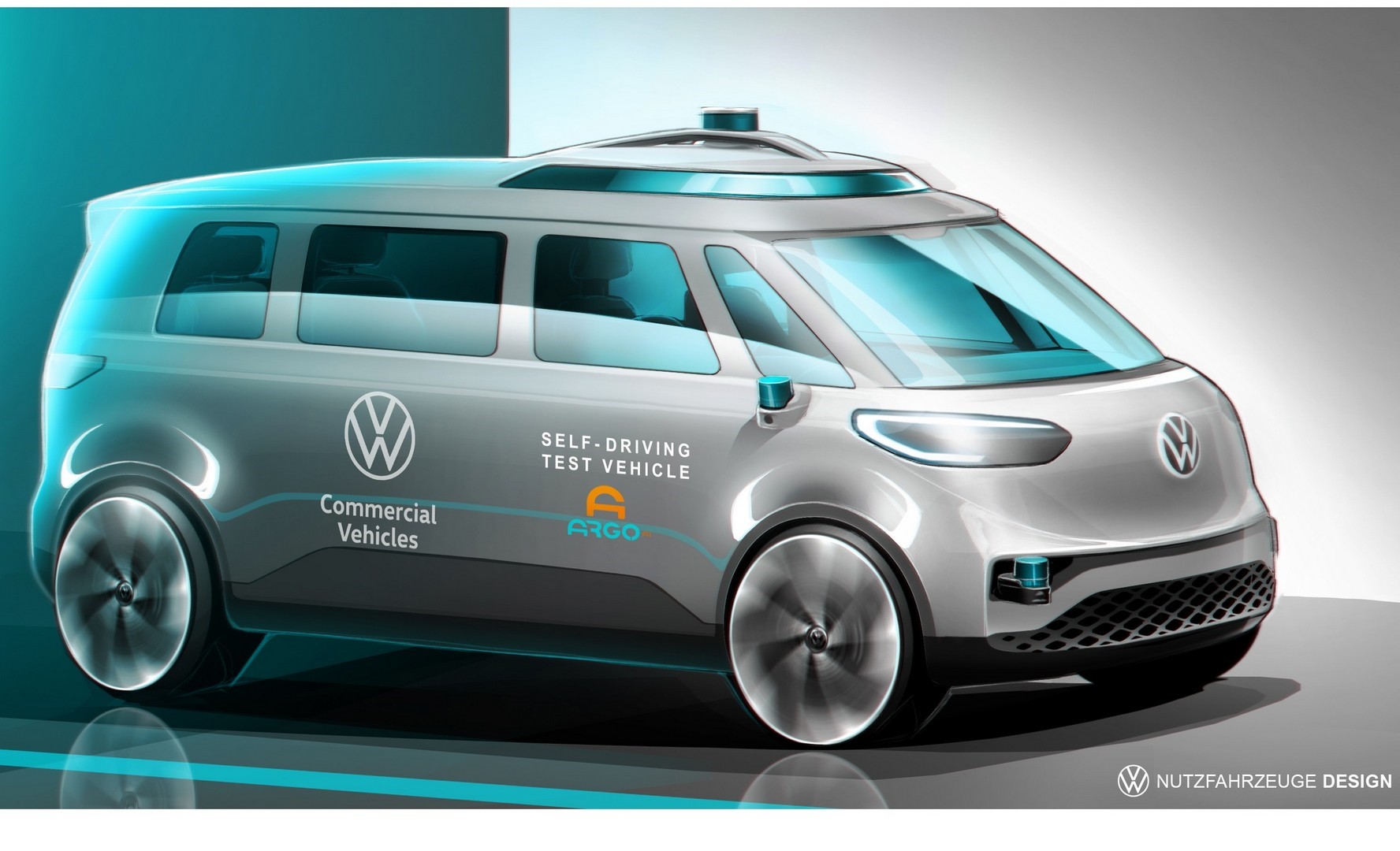 The European-specification ID Buzz will have a greater lineup as VW will also offer a commercial version, with a fully autonomous derivative planned for later this decade. As a matter of fact, this more advanced version (pictured above) will be the first fully autonomous vehicle from the entire VW Group. Meanwhile, the regular model will be built in Hannover, Germany and will arrive first in Europe.

It will ride on the same MEB platform the VW Group is currently rolling out, with the ID.3 hatchback and ID.4 SUV being the first electric vehicles to hit the market. Other EVs that use the same underpinnings include the Skoda Enyaq iV, Cupra Born, and the Audi Q4 E-Tron, with many more to come in the following years.

VW previously stated the 2017 ID Buzz was the brand’s most popular electric concept, so the production model has some big shoes to fill when it finally goes on sale next year on the Old Continent.