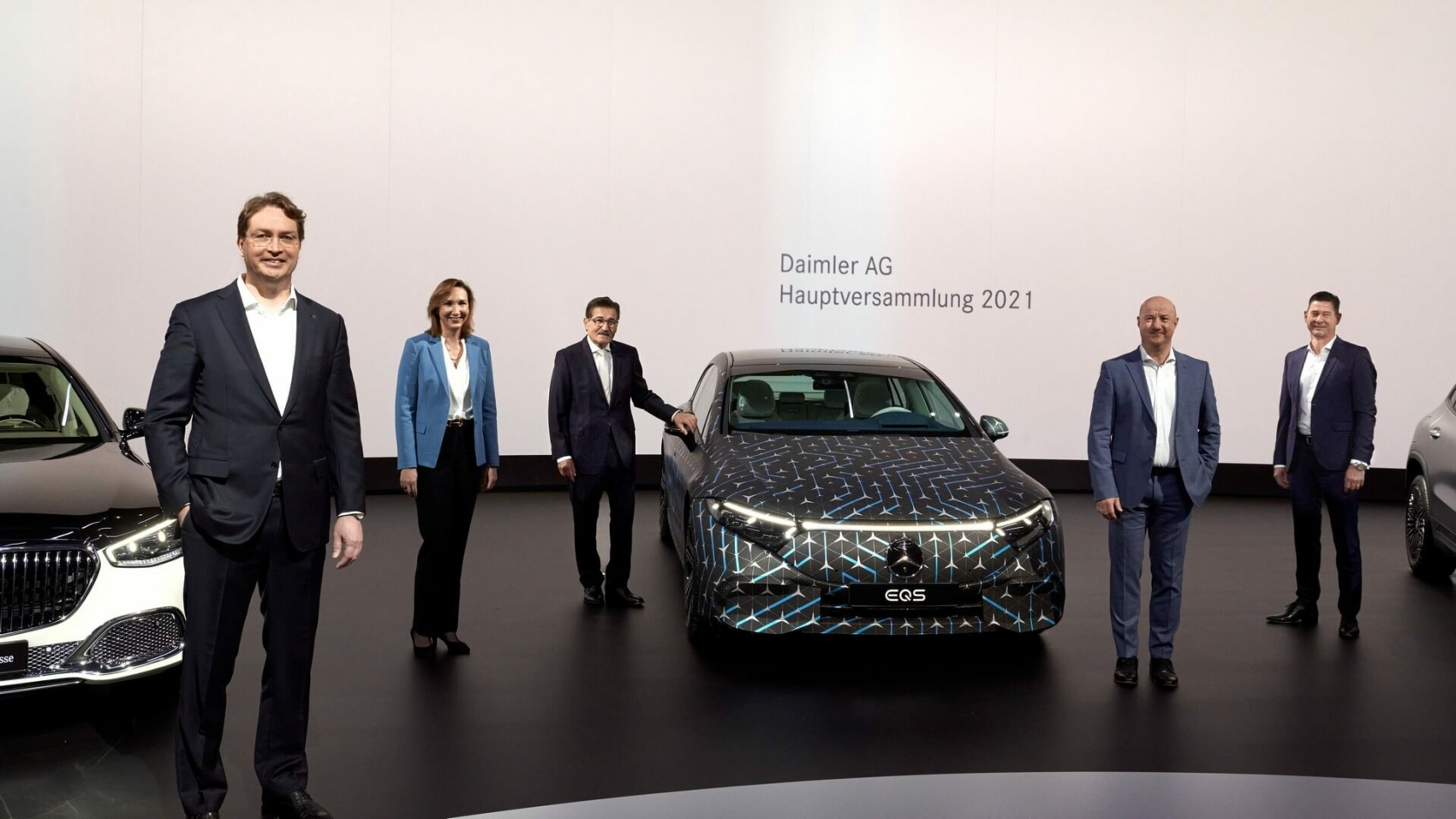 Mercedes has extensively teased the 2022 EQS in recent weeks, and now it has found the time to preview its electric luxury sedan once again ahead of its April 15 world premiere. The adjacent images are the most revealing to date in terms of exterior design, showing the production version with a thin body wrap while fully revealing the headlights flanking an LED light bar.

Perhaps more important is an announcement made by Mercedes regarding the vehicle’s maximum range. While in July 2020, company chairman Ola Källenius said the EQS would have more than 700 kilometers (435 miles) of range per WLTP, you’ll be glad to hear the final version of the company’s flagship EV will have a 10% higher range than initially promised.

That’s right – Mercedes is now saying the upcoming EQS will be able to travel for up to 770 kilometers (478.5 miles) between two charges, which should be more than enough to cure range anxiety once and for all. That number is comparable to what you get with most conventional cars powered by combustion engines, especially if we’re talking about vehicles fueled by gasoline.

It’s safe to say this impressive range is achievable if the 2022 EQS is equipped with the biggest battery. We’re talking about a large 108-kWh pack, which corroborated with an industry-leading drag coefficient of 0.20, it will allow the sleek sedan to offer a Tesla-beating range.

That said, it’s worth pointing out the 770-mile range quoted by Mercedes is in the WLTP test cycle, which means the equivalent EPA rating for the US-spec model will be lower, but we estimate it’ll still be higher than the Model S Long Range Plus’ 402-mile EPA rating.

Also planned to be revealed later this year are two additional fully electric models: EQB and EQE. The former will be an electric adaptation of the GLB compact crossover in the same vein as the GLA/EQA relationship while the latter will be a sedan riding on the same dedicated electric platform as the bigger EQS.