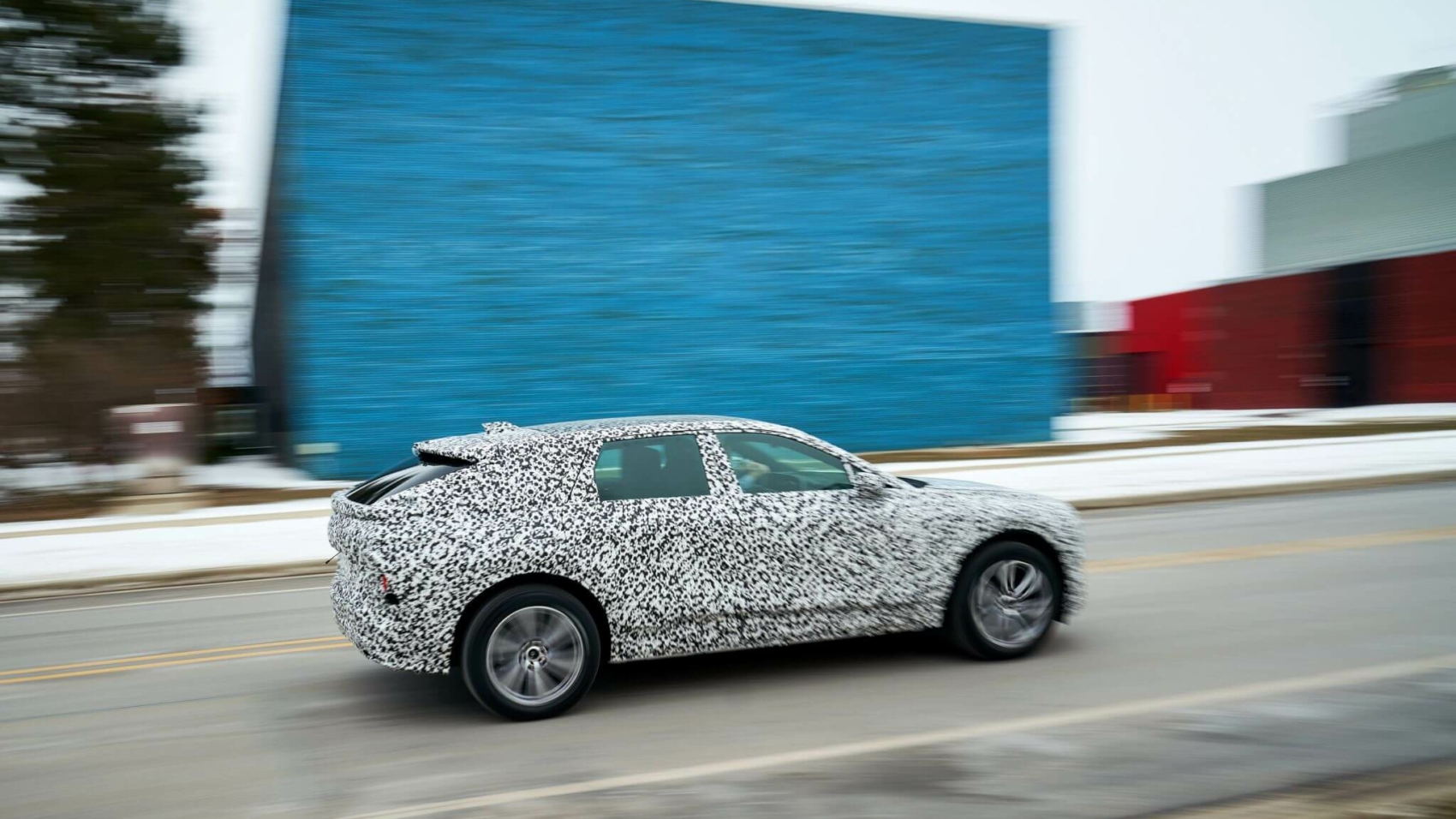 Cadillac originally unveiled the Lyriq in August 2020 before announcing a few months later the stylish electric SUV would enter production in the first quarter of 2022. To get there, the luxury brand’s first electric vehicle has to be tested in the real world to work out the kinks before hitting the assembly line. Mahmoud Samara, Vice President Of Cadillac North America, took to LinkedIn to share an image of a pre-production prototype being tested at General Motors’ facilities in Michigan while fully covered in camouflage.

Series production is set to take place at GM’s Spring Hill factory in Tennessee and we already know the high-end electric SUV will offer more than 300 miles of range on a full charge. It will utilize the newly developed Ultium battery system already seen in the GMC Hummer EV pickup truck and the SUV version introduced a few hours ago.

A lower center of gravity has been promised, along with a near 50:50 weight distribution and a large 100-kWh battery pack. In standard configuration, the 2023 Cadillac Lyriq will feature a single electric motor driving the rear wheels, but the more expensive versions will add a front motor to enable an AWD setup.

DC fast-charging capabilities are planned for the luxury SUV, meaning owners will be able to charge the battery pack at over 150 kW. As expected from a premium GM product, the Lyriq will benefit from the most sophisticated version of the Super Cruise autonomous driving system and is going to offer the latest tech, including remote parking, head-up display with augmented reality, and a massive 33-inch fully digital display dominating the dashboard.

Another tech-laden EV from Cadillac will be the Celestiq fullsize luxury sedan we’re expecting to break cover this summer if recent reports are to be believed. We should see a concept or prototype in the months to come, ahead of a market launch scheduled to take place either by the end of 2023 or early 2024. The fully loaded version is said to cost somewhere in the region of $200,000, meaning the base trim level will probably cost a lot more than the Lyriq as the electric SUV will start at less than $60,000.