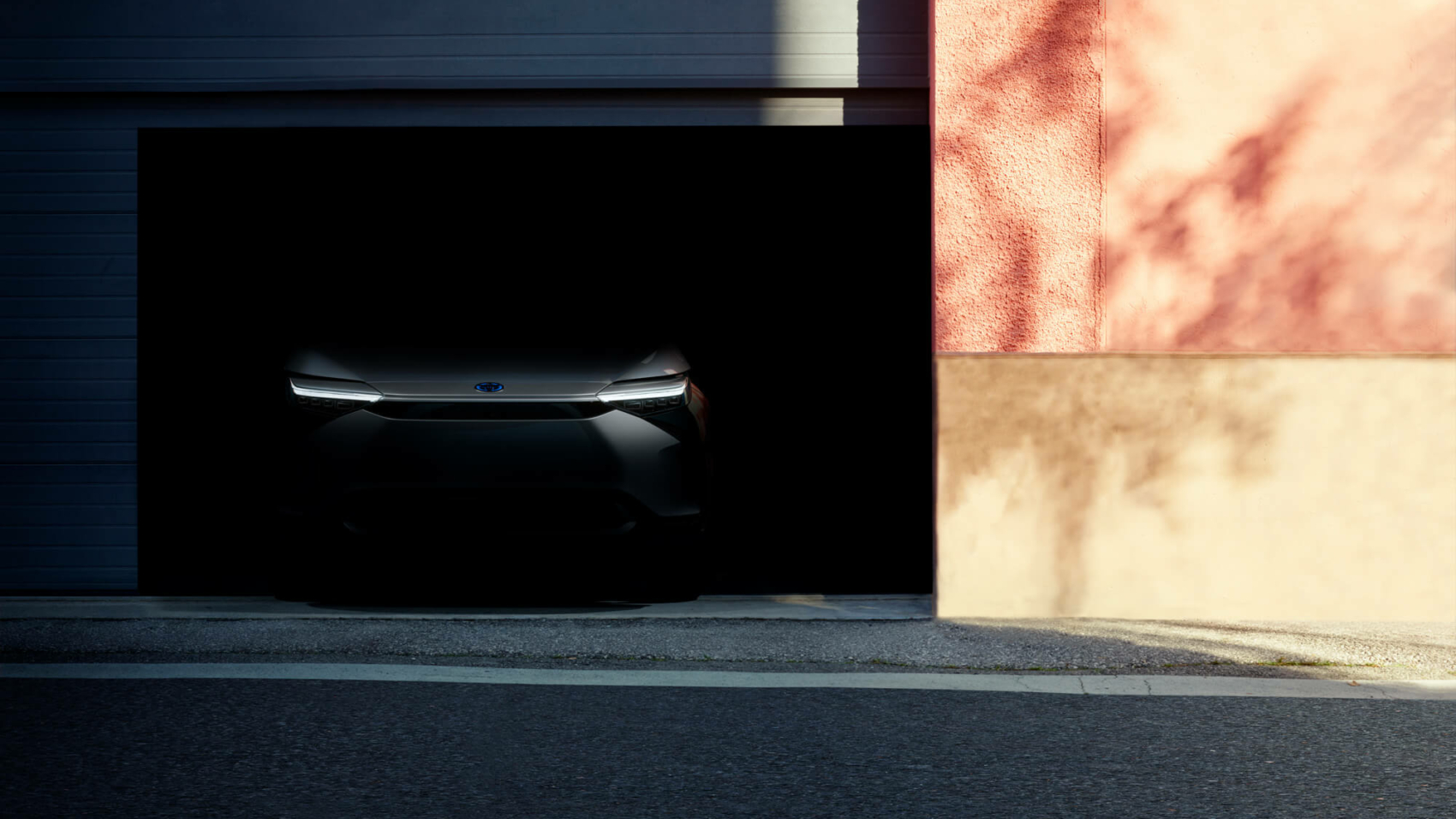 Toyota has already announced plans to introduce six electric models built on a dedicated EV platform it’s working on with Subaru. The first of the bunch will be a midsize SUV with just about the same footprint as the RAV4. Details are scarce for the time being, but the wait is nearly over as the wraps are going to come off in a week from today.

Debuting April 19 at the Shanghai Auto Show, the purely electric SUV will ride on the e-TNGA architecture and will be shown initially as a concept. The production model is coming in a couple of years and chances are the equivalent Subaru model, believed to go by the name Evoltis, will also arrive in the same timeframe. Until next Monday’s premiere, Toyota has released a teaser image along with the video to provide a closer look at the all-new EV.

Likely to be part of the “Beyond Zero” sub-brand created specifically for EVs, the new SUV has slim LED headlights flanking the blue Toyota logo reserved for plug-in hybrids and pure electric cars. With no combustion engine under the hood that would require cooling, it doesn’t come as a surprise the yet-unnamed model doesn’t have a conventional front grille. Instead, it appears to have a glossy black panel between the two headlight clusters.

The e-TNGA platform is being developed to accommodate vehicles with a front-, rear-, and all-wheel-drive layout, meaning there will be models with a single electric motor and others with a dual-motor setup. In regards to the battery, several packs are in the pipeline, with a capacity varying from 50 kWh all the way up to 100 kWh.

This new SUV will be built at home in Japan and is going to be available in Europe, with details regarding a potential US launch not available at the moment of writing. It’s being billed as a global model, so expect the zero-emissions vehicle to be sold all over the world.

Beyond the midsize SUV, Toyota is also working on midsize crossover, though the two terms are basically interchangeable nowadays, so it will be interesting to see how the company will separate the vehicles. Also coming on the e-TNGA platform will be a midsize sedan and minivan, along with a large SUV and a compact car. The latter is being developed by Toyota together with Suzuki and Daihatsu.