2022 Mercedes EQS spied out on a night drive looking futuristic

We first saw the 2022 Mercedes EQS devoid of any camouflage when the luxury sedan made its official debut about a week ago. The dedicated electric vehicle has now been caught in the real world, specifically in California on Interstate 405. It was stalked in traffic by YouTube user “Kindelauto” who happened upon what must be a near-production prototype.

Customer deliveries of the zero-emissions luxobarge won’t commence in North America until this fall, so this has to be a test vehicle that belongs to Mercedes-Benz. The mandatory orange side markers reveal it’s a vehicle built to comply with US specifications and it eschews the two-tone paint we originally saw in the official image gallery provided by the three-pointed star.

While it’s not as visually appealing as the 2019 Vision EQS concept before it, the production model remains quite a looker. You can tell it’s something a bit more special than the traditional S-Class flagship by its futuristic styling, with an LED light bar at the rear to echo the EQA, EQB, and EQC models. But while those three crossovers are adaptations of existing combustion-engined models, the EQS was conceived from day one as an EV.

The swoopy shape resembles a futuristic CLS and that LED light bar at the front emphasizes it’s part of Mercedes’ new “EQ” lineup reserved for all things electric. Since the car was in motion, we obviously don’t have footage of the interior, although you can tell the prototype had the optional Hyperscreen with a massive 17.7-inch touchscreen and a passenger-side display measuring 12.3 inches. 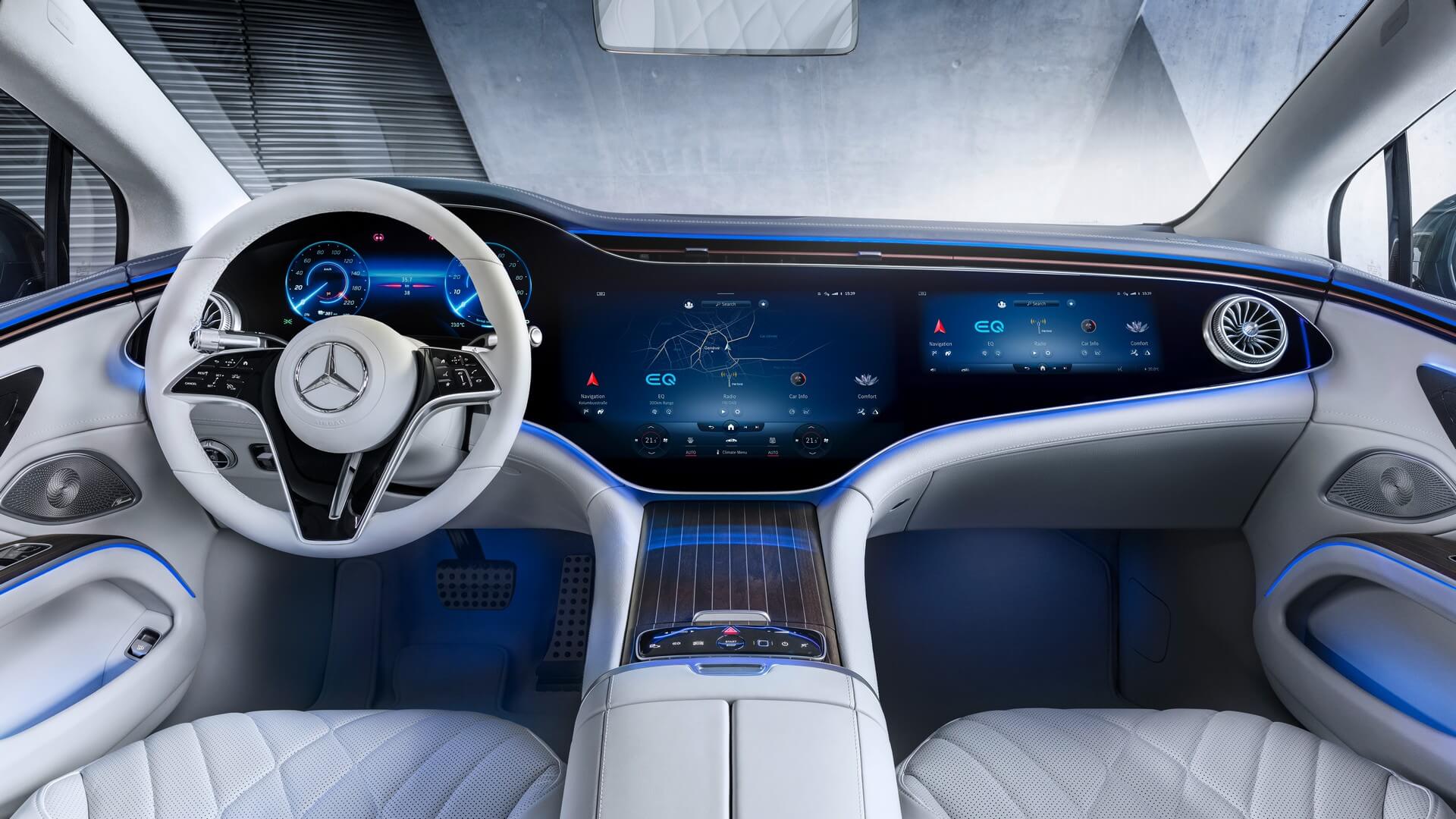 Your guess is as good as ours regarding whether the prototype was the base EQS 450+ or the more potent EQS 580 4Matic with its dual-motor AWD setup. The latter offers a combined output of 516 horsepower and a massive instant torque of 611 pound-feet (828 Newton-meters), god for 0 to 60 mph in 4.1 seconds.

The EQS is going to be joined by a smaller EQE due to be unveiled this fall as a sedan rather than being a more practical liftback like its bigger brother. Both will spawn SUV derivatives in 2022 as part of Mercedes’ ongoing electric onslaught which will continue with Maybach and G-Class models sans a combustion engine.