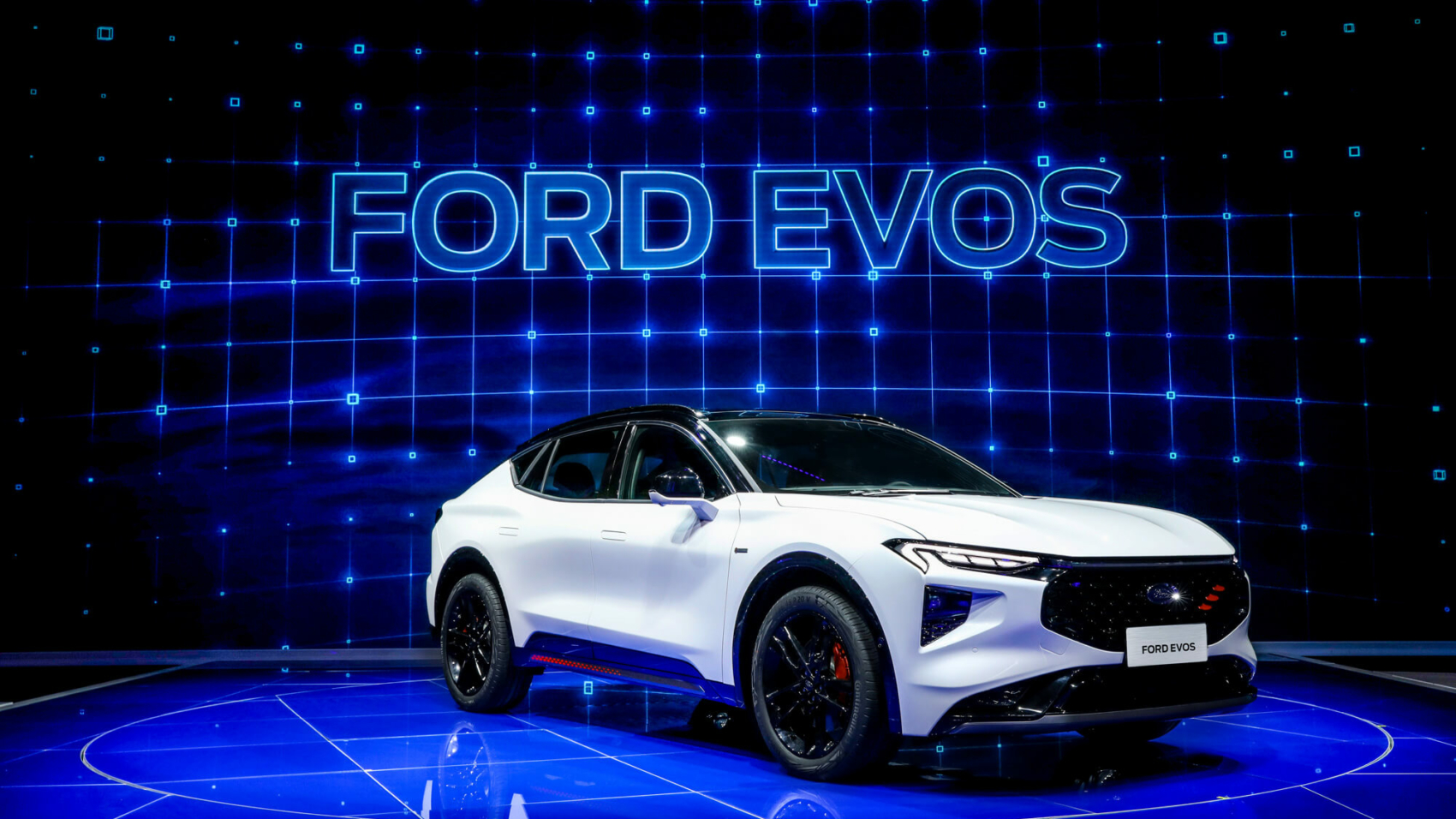 Without a shadow of a doubt, the Ford Evos is one of the most interesting premieres showcased these days at Auto Shanghai. It takes the shape of an attractive crossover and wagon mashup with a side profile that might make you think of a Mustang Mach E. However, the two vehicles don’t actually have anything in common as the Evos is not a dedicated EV. In fact, it’s not even a fully electric car at all.

Instead, we’re hearing it boasts a hybrid powertrain. That being said, the Blue Oval is coy on details regarding what powers its new part crossover, part wagon, which will be going on sale in China before the end of the year. Seen here is the generously equipped First Edition fitted with all the bells and whistles, including those orange accents inside and out.

YouTuber Wheelsboy had the opportunity to get up close and personal with the Evos, which Ford says it’s a China-only vehicle. However, we strongly believe a similar version will be sold globally as the Mondeo and Fusion replacement. It could adopt slightly different styling and a fresh name, but reports are indicating the Evos is a global model despite being mostly engineered in China for the local market.

Interesting shape and unknown powertrain aside, the Evos looks nothing like other Fords, regardless if we’re talking global models or the ones only available in the People’s Republic. The interior is particularly interesting thanks to a 12.3-inch fully digital instrument cluster accompanied by a gargantuan 27-inch display that can be split into two courtesy of a dual-mode.

It’s unclear how large the Evos is, but we’re getting the feeling it’s at least a midsize vehicle judging by the generous amount of legroom for rear passengers. It also appears to be wide enough to accommodate three adults in the back, although the person sitting in the middle might get uncomfortable after a while as the center tunnel is quite tall.

Speaking of the bulky center tunnel, the lack of a completely flat floor strongly suggests there’s a combustion engine underneath the hood, linked to an exhaust system stretching to the back. The Evos appears to have a single fuel cap, mounted on the rear fender on the driver’s side. It could be a sign of a hybrid powertrain you won’t have to plug in, meaning the battery will recharge itself on the go like on all non-PHEV models.

With a launch in China planned for the coming months, Ford is expected to release details about the technical specifications in the foreseeable future.