MINI plans to build an electric convertible by 2025

Ahead of the official confirmation, we can report that MINI plans to build an electric convertible by 2025. The current MINI Cooper Cabriolet will end production in 2024. Last year, every fifth Mini sold was a convertible, so the premium open top remains a popular choice among MINI customers. The electric MINI cabriolet will be built on a new variant of the UKL platform which is used by BMW Group for front-wheel drive vehicles.

We believe that the UKL platform will eventually be phased out, along with the “Power of Choice”, so future MINIs, just like BMW models, will use an electric-first architecture. Furthermore, some MINI electric cars will be manufactured with the Chinese partner Great Wall. The new MINI electric cabrio is just another step towards an all-electric future of the British marquee. The brand has already announced their plans to become fully electric in 2030. 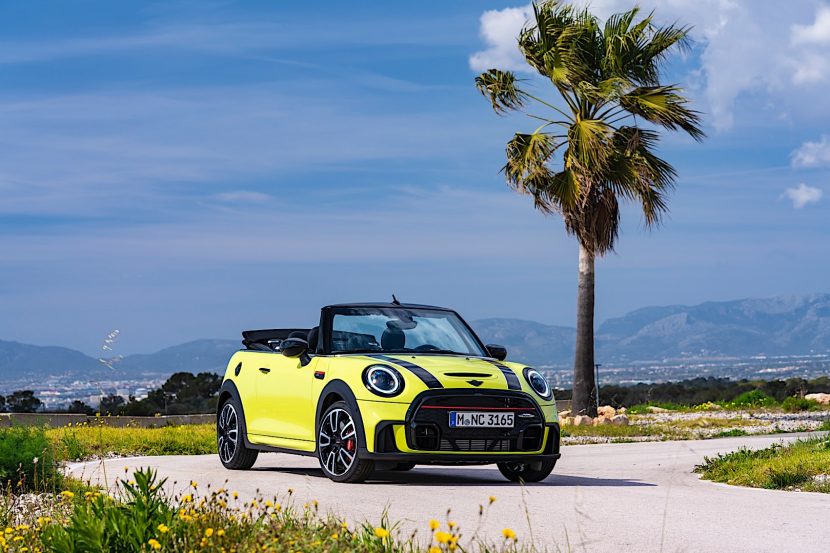 By 2027, MINI is expecting to see fully electric vehicles account for more than 50 percent of its sales and, if the sales of the MINI Cooper SE model are anything to go by, that target will be easily achieved. The move to an all-electric line-up makes sense for MINI, which will now be able to return to its ‘urban conqueror’ status that made it famous in the first place.

The next all-electric MINI will be the MINI GP in 2022. Furthermore, MINI also confirmed that the next generation of the midsize Countryman crossover will be available with a fully electric model in 2023. The Countryman will be built in Leipzig starting with 2023 and will most likely share its platform with the upcoming BMW X1 and BMW iX1 models.