Mercedes unveiled the production version of its EQS flagship electric car a little over a month ago and this spy video shows the company is already putting the finishing touches on the AMG version. Not that the standard Benz-branded EQS 580 4Matic is lacking in the power department as it packs a respectable 516 hp and 611 lb-ft (828 Nm) of torque.

The hot derivative tuned in Affalterbach has been spotted in busy German traffic with very little camouflage. The disguise only conceals the front “grille” where we are expecting the designers to come up with a special design to separate it from the lesser Benz model. Perhaps the menacing Panamericana grille with vertical slats seen on the traditional gasoline-fueled AMGs will be adopted by the zero-emissions models as well.

Presumably chunkier side skirts are the reason Mercedes-AMG decided to slap on some camo in that area, while the black and white tape at the back hides the integrated spoiler and a redesigned bumper. The prototype appears to be sitting a tad closer to the ground, thus indicating the AMG EQS will be getting a stiffer suspension setup for sharper handling. Look closer and you can see some thick wiring coming out of the front compartment and entering the car through the passenger door, presumably serving as a connection to a laptop inside used to measure certain parameters.

The high-performance derivative will boast an immense output of 761 horsepower, which should considerably lower the 0 to 60 mph time of 4.1 seconds needed by the EQS 580 4Matic. Whether the added electric punch will have a negative impact on range remains to be seen, but in the meantime, the standard Benz EQS promises to do 478 miles (770 kilometers) in the WLTP cycle. 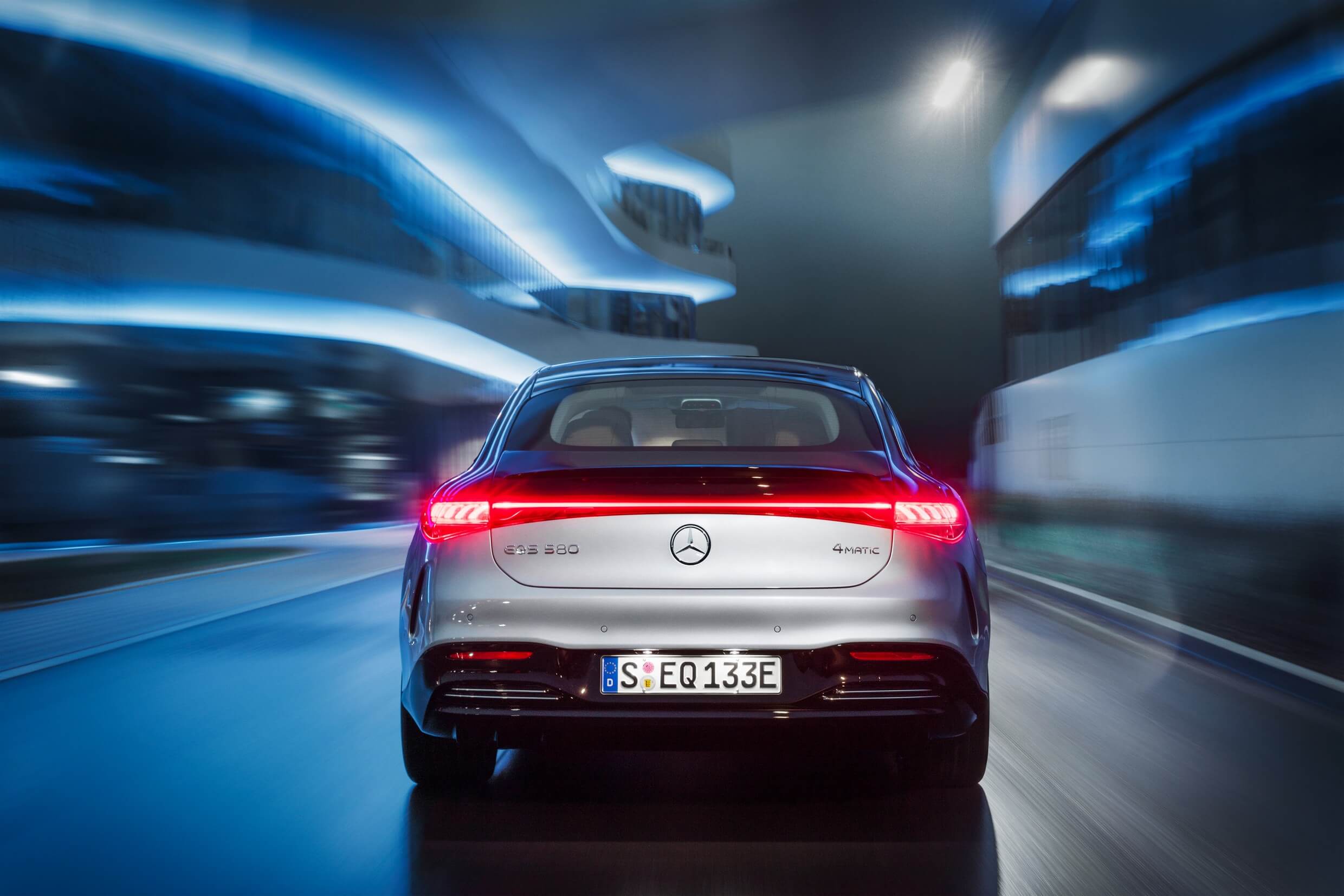 If that horsepower number sounds familiar, it’s because the Porsche Taycan Turbo S has an identical output provided the Boost mode is activated. Some say the AMG EQS will be one of the quickest-accelerating production cars in the world by doing the sprint in less than three seconds, but that remains to be seen.

While the AMG EQS might be unveiled before the end of the year, it’s not expected to go on sale until later in 2022.