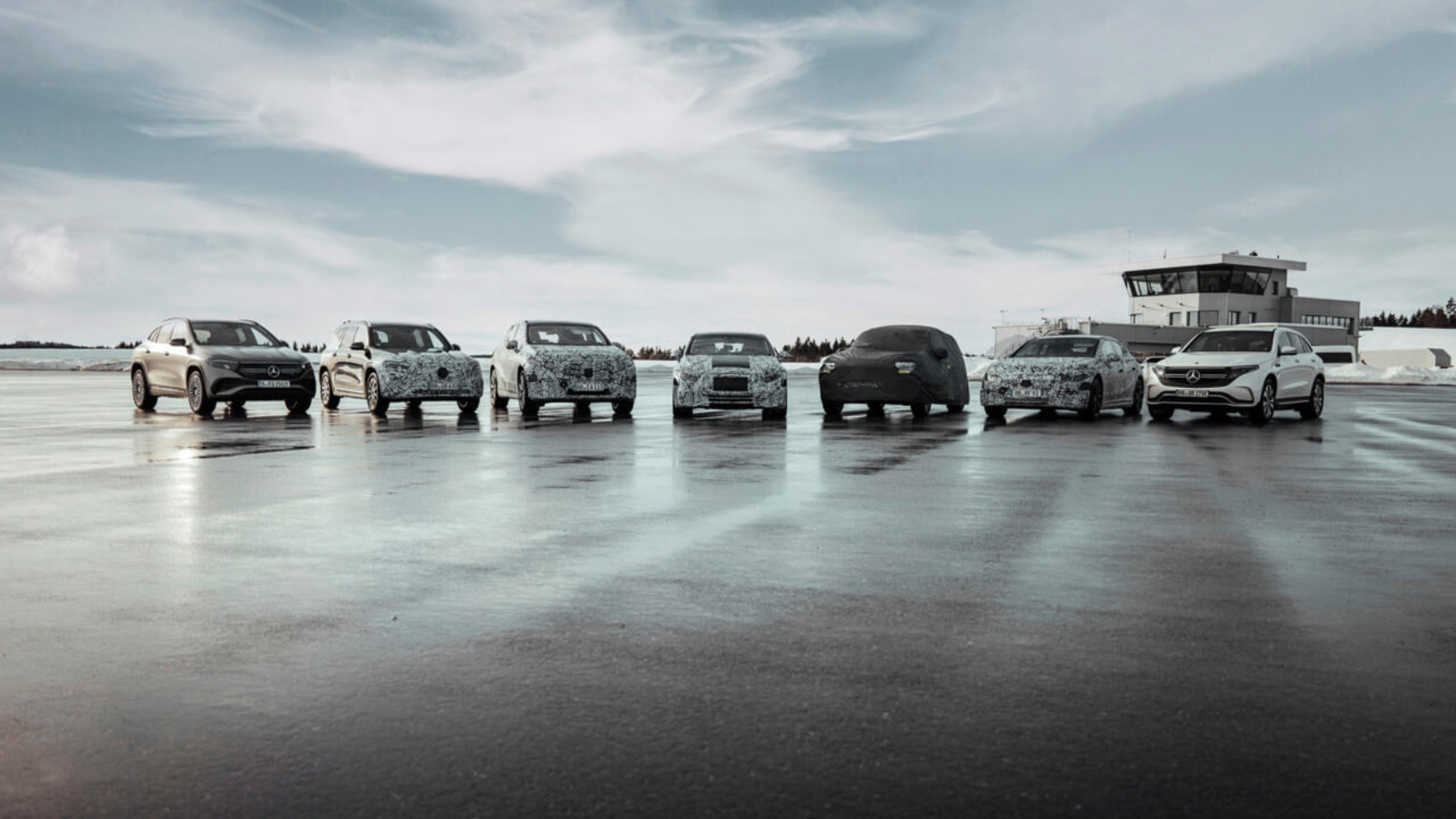 The EQS sedan will go down in history as the first dedicated electric vehicle from Mercedes and it also kickstarts the EV revolution from the three-pointed star. The smaller EQE sedan will follow in September, with the EQS SUV coming in 2022. Both these future electric models have already been teased, and now, we’re being given an early look at the EQE SUV.

Tucked away in a press release about the start of battery production for the EQS is an image showing the EQ lineup. From left to right, the EQA is joined by the EQB, EQS SUV and Sedan, EQE SUV, EQE Sedan, and the EQC. You can easily tell which one will take the most to reach the market judging by the amount of camouflage as the EQE SUV is heavily disguised.

Much like its bigger brother, the EQS SUV, the upcoming EQE SUV is going to be assembled in the United States, specifically at the plant in Tuscaloosa where Mercedes is manufacturing the GLE, GLE Coupe, and the fullsize GLS. The zero-emissions SUVs have been confirmed to enter production next year and will likely be available in North America as 2023MY products.

We should learn more about the SUV this fall when its Tesla Model S-rivaling sedan sibling will premiere at IAA in Munich. Both will ride on the same Electric Vehicle Architecture (EVA) as the larger EQS / EQS SUV and should come in both rear- and all-wheel-drive configurations depending on the number of electric motors.

In the long run, the EQ lineup teased here will further grow as an all-electric G-Class has already been confirmed. In addition, Mercedes has promised EV models for the ultra-luxury Maybach sub-brand as well as for the AMG performance arm. At the same time, it has formed a 50:50 joint venture with Geely to reinvent Smart as an electric-only brand, kicking off with a crossover slated for 2022 that will be preceded by a concept debuting this September.