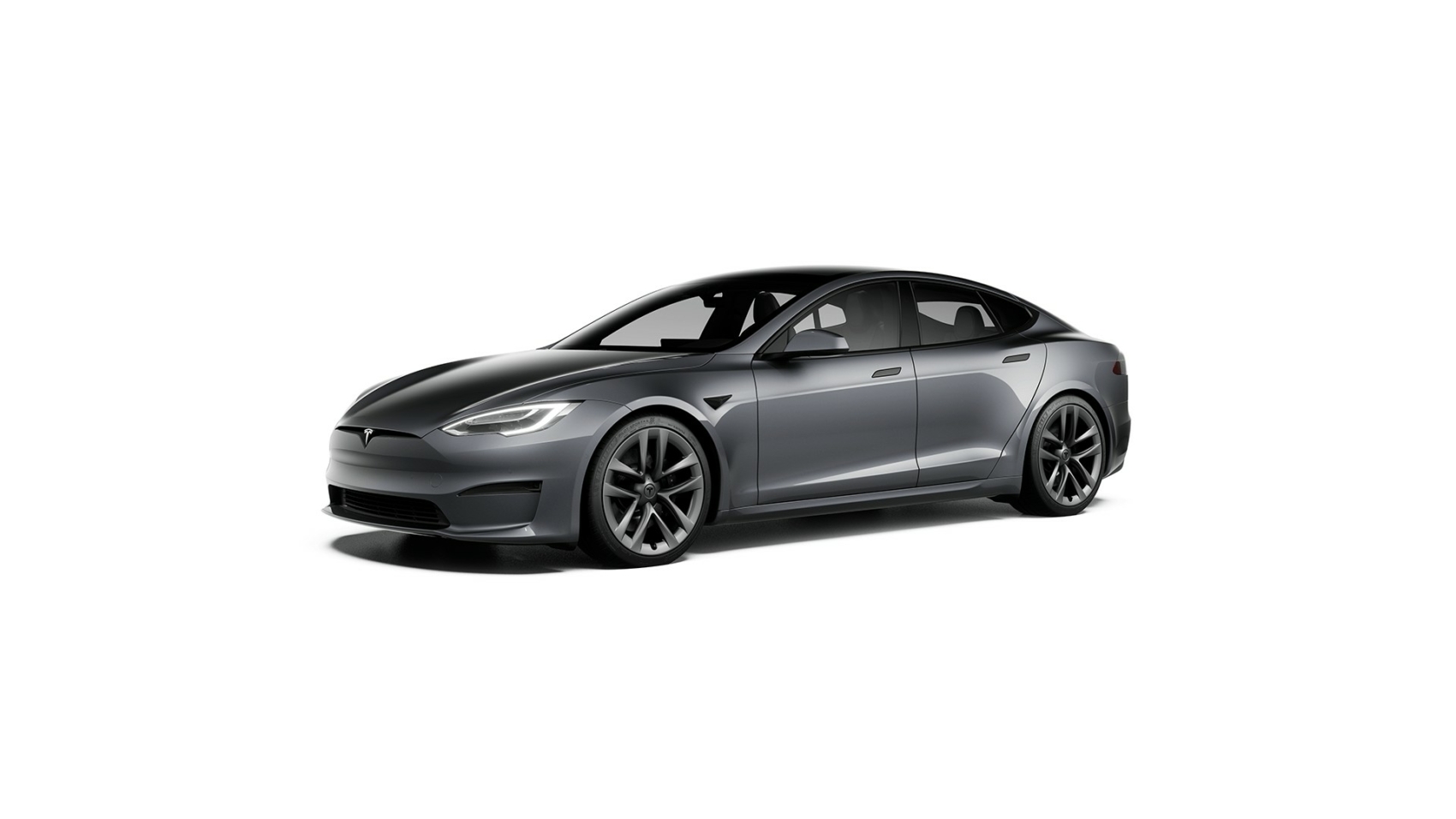 Per Elon Musk, Tesla will be hosting a dedicated delivery event for the Model S Refresh in the high-performance Plaid specification on June 3. Thankfully, we won’t have to wait until then for a walkaround video of the speedy EV as the car has been spotted in a parking lot at a charging station. It appears to be a customer car judging by the license plate rather than a Tesla-owned prototype, and dare we say it looks way better compared to the images in the configurator.

A closer look reveals the Model S Plaid had the highly controversial yoke steering wheel, while the Plaid badge on the trunk lid is a discreet reminder we’re not dealing with the base Long Range model. Finished in the optional Midnight Silver Metallic ($1,500) paint and riding on the 21-inch Arachnid wheels ($4,500), this is a high-end version with the Black & White interior ($2,000).

You can have this Model S Plaid specification for around $128,000 once you factor in the optional goodies, and add an extra $10,000 for the Full Self-Driving Capability. Some would argue the car looks a bit understated for the kind of money Tesla is asking, but there are subtle upgrades such as the trunk lid spoiler denoting it is the hot version.

Aside from the addition of a Plaid derivative and the implementation of a stalkless yoke-like steering wheel, the Model S Refresh also gets a new touchscreen for the infotainment system. You can see the 17-inch setup in the adjacent video, featuring a landscape orientation to replace the vertical setup of the older versions.

Ordering the Plaid today doesn’t mean you will have to wait a long time to drive one as Tesla’s website has the month of June as the estimated delivery time. It’s a different story for the Plaid+ as it’s currently not available to buy due to a big backlog of preorders. According to the company, new Plaid+ orders won’t be completed until mid-2022.