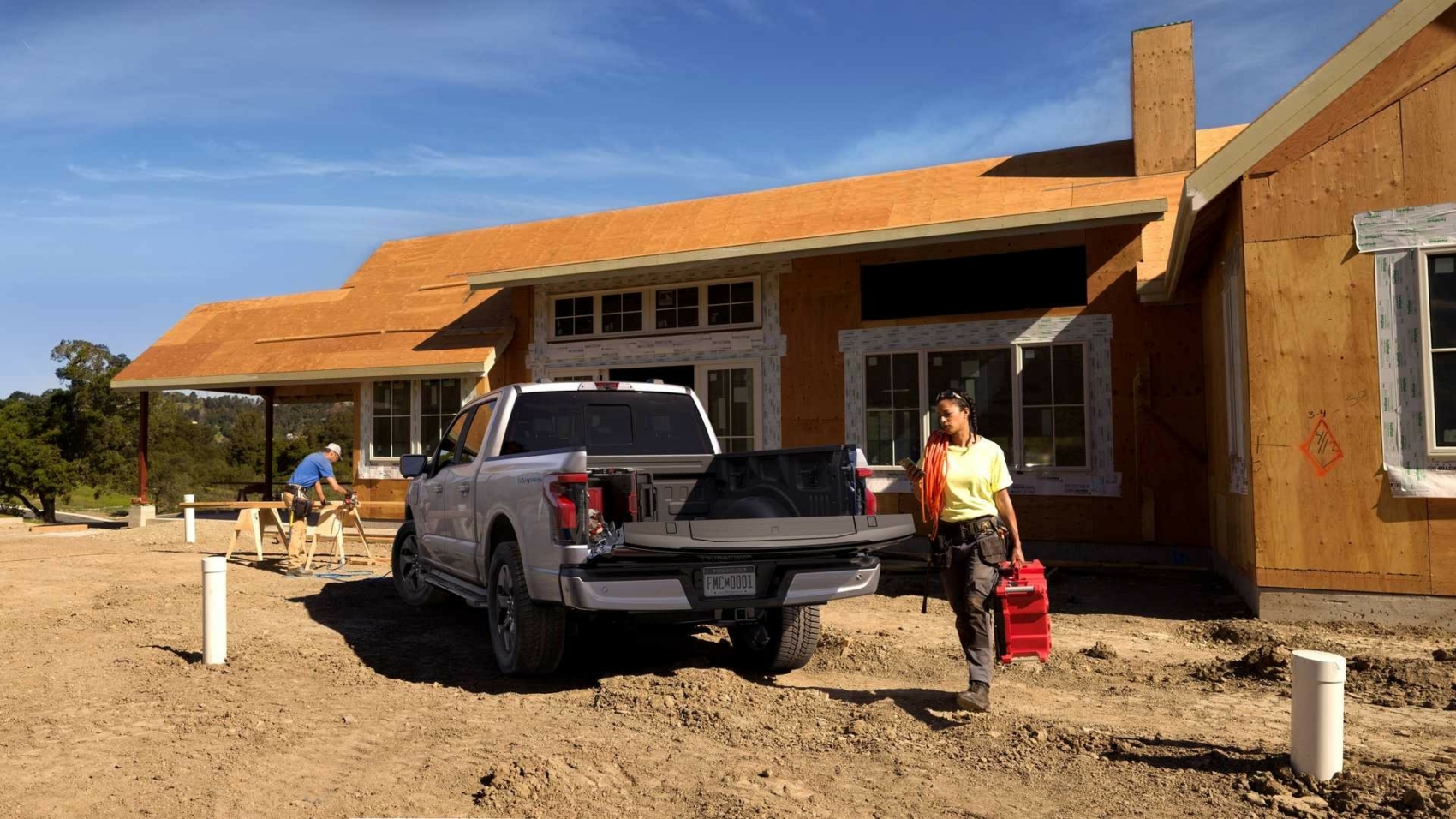 Ford unveiled the F-150 Lightning earlier this month and promised a 230-mile range for the standard-range battery (SR) model and 300 miles for the extended-range battery (ER). These are provisional figures Ford is targeting, meaning we’ll have to wait a bit more to get the final numbers from EPA. As it turns out, the electric truck could travel farther in some conditions compared to the initial announcement.

YouTube star Marques Brownlee had the privilege of hopping behind the wheel of a near-production prototype of the Cybertruck rival. Not only that, but Ford shared an interesting tidbit with him, claiming the 300-mile range is an estimation that takes into account 1,000 pounds (454 kilograms) of cargo carried in the bed.

Brownlee discovered the digital dashboard of the prototype was showing him 367 miles (591 kilometers) of range left while the battery had 80% of charge left. In theory, it means the F-150 Lightning should be able to hit the 400-mile mark provided you’re not carrying any cargo in the back. Of course, this will be an exception rather than the rule since the electric truck is first and foremost a workhorse. That said, we’re fairly certain some are seeing the zero-emissions pickup as more of a lifestyle vehicle and therefore they won’t use it for work-related activities.

Oddly enough, Ford has yet to talk about the battery capacities of the SR and ER models, but some are estimating the larger of the two might have 180 kWh. It’s important to point out Brownlee posted an update on Twitter saying the estimated range left shown on the prototype’s digital dash was based on how the truck was driven in the past.

Update on the F150 Lightning range

If I was betting? 330-380 miles of conservative/efficient driving would be pretty sweet. Either way, gotta love the competition finally spinning up and making the EV world more compelling than ever

The reason why we’re bringing this up is Brownlee says the Lightning never exceeded 15 mph during his time with the electric truck. He believes other people before him did the same thing, therefore the estimated range left was not entirely relevant as the truck was babied. Driving the electric F-150 at normal speeds would likely result in a considerably lower range, with the YouTuber estimating it will have enough juice for anywhere between 300 to 350 miles.