The I-Pace has not been getting the attention it deserves in recent times. Maybe it is because the EV segment is heating up and Jaguar is not responding as it should with updates for its electric crossover to keep up the pace (pun intended) with newer competitors. Thankfully, the company’s first production electric vehicle is now making the headlines courtesy of a collaboration with Google.

Meet the very first Google Street View car that lacks a combustion engine. The I-Pace does more than just map streets as it also boasts a built-in sensor to measure air quality. The zero-emissions crossover is being put to work in Dublin, Ireland where it will remain for the next 12 months. During this interval, Jag’s EV will measure nitrogen dioxide (NO2) and carbon dioxide (CO2) emissions, as well as fine particles (PM2.5). 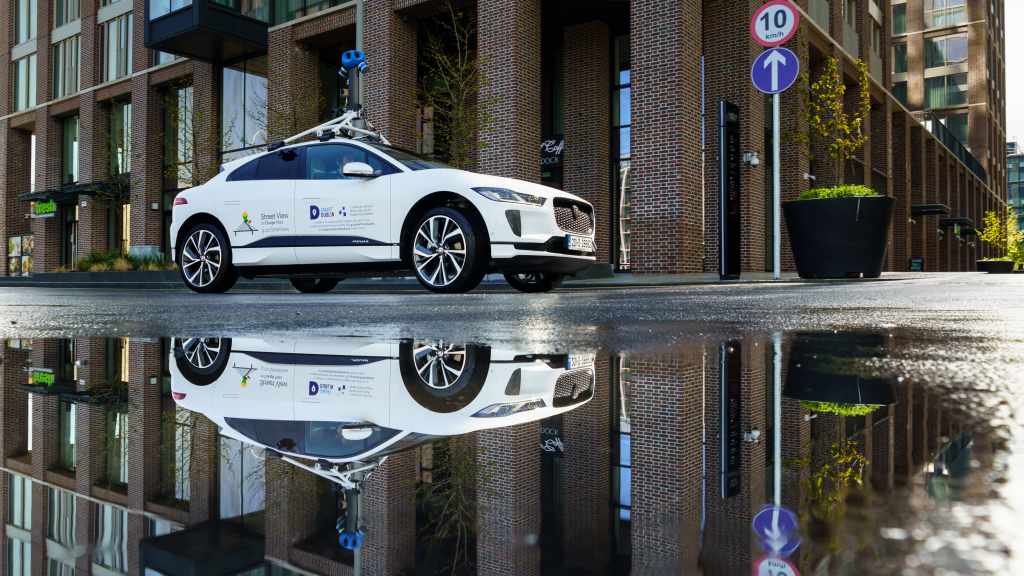 To turn the I-Pace into a Google Street View car, Jaguar has worked with the tech giant to fit the electric SUV with roof mountings for the camera. In addition, the rear window glass had to undergo changes to accommodate the necessary wiring. There’s also new switchgear to control the camera from the inside and faithfully map the streets of Dublin.

It is a small but important step Jaguar is making as parent company Jaguar Land Rover (owned by Tata Motors) is working towards becoming a carbon-neutral business by 2039. To get there, the Jaguar brand will switch to an all-electric lineup from 2025 while Land Rover will gradually electrify the Defender, Discovery, and Range Rover series. 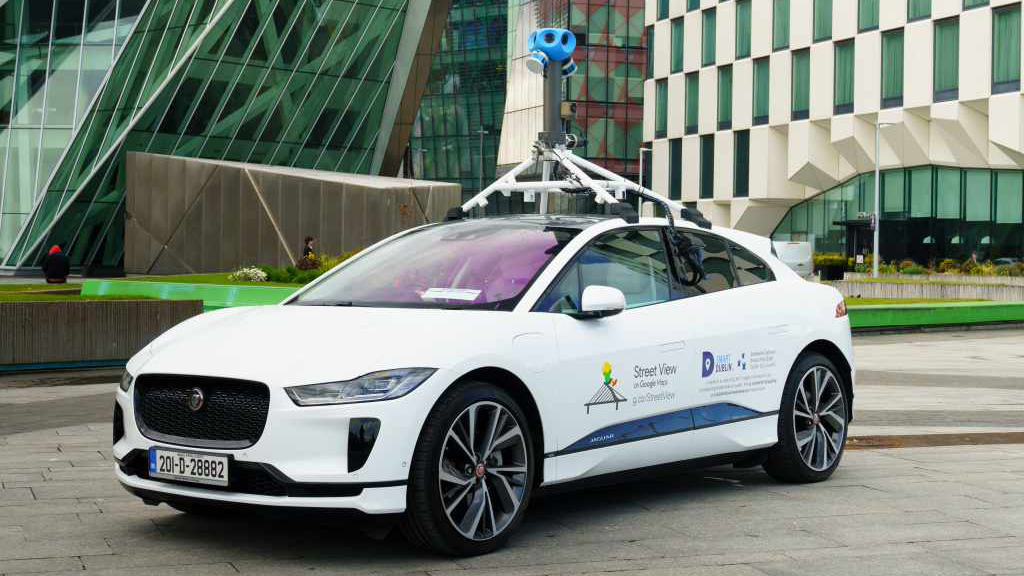 A purely electric XJ sedan was supposed to come out later this year, but newly appointed Chief Executive Officer, Thierry Bolloré, has axed the project. It is safe to assume the I-Pace has a future in Jaguar’s lineup since the company will be transitioning to EV-only offerings in only three years. The electric SUV was last updated last month in the UK when it received a Black Edition with dark styling accents, while recent trademark leaks hint at the impending arrival of a facelifted version.

Meanwhile, this I-Pace will be roaming the streets of Ireland’s capital at a slow place, so it won’t be using its full 394 horsepower and 512 pound-feet of torque. Using the same logic, it goes without saying Google is certainly not going to test the 4.5-second sprint to 60 mph of the electric crossover as the latest Street View car will be driven at low speeds.