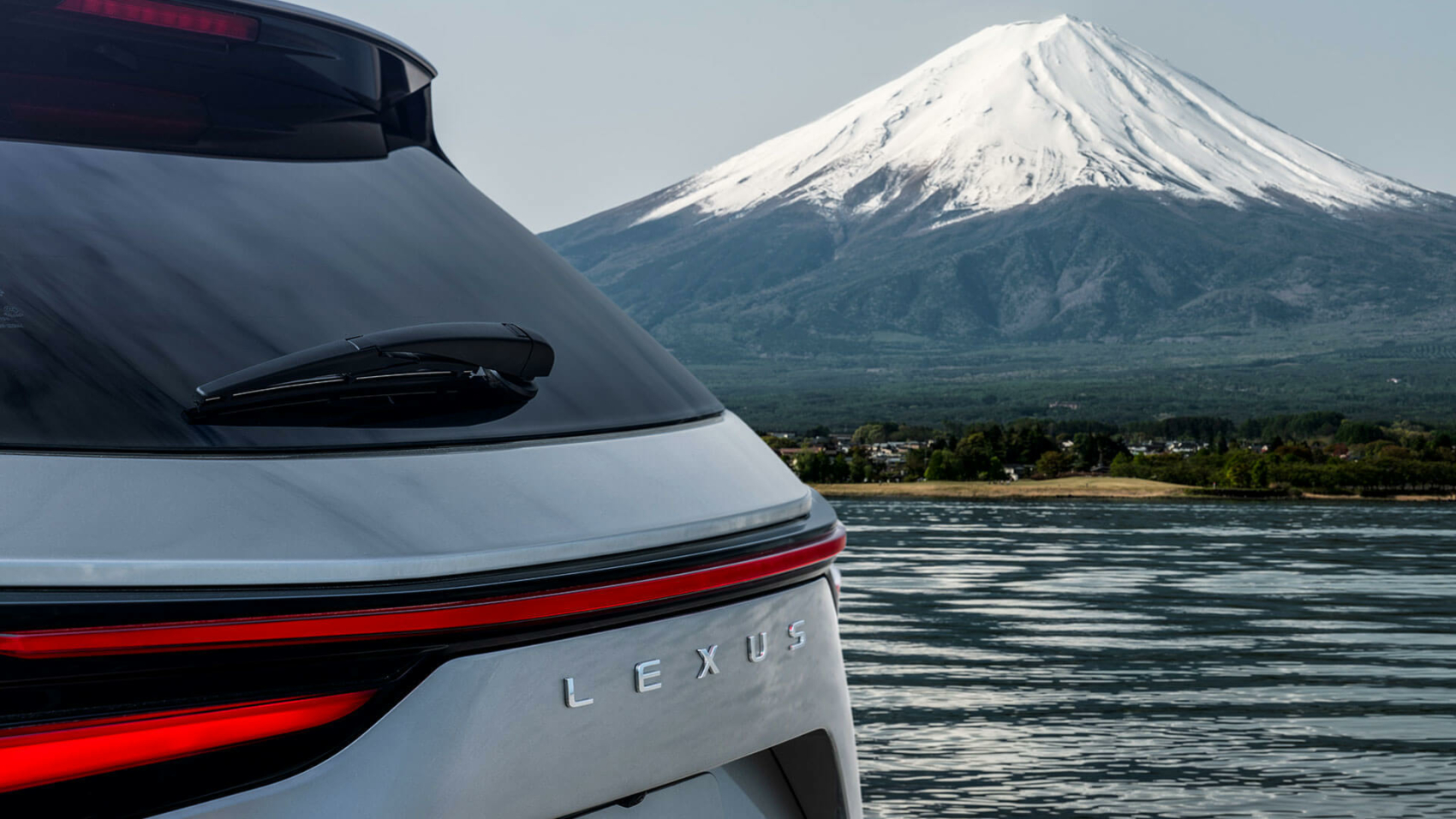 The current NX has been around for approximately seven years so it’s safe to say the compact luxury crossover is getting a bit long in the tooth. That’s especially true inside where the cabin feels quite dated, with an infotainment touchpad controlling the non-touchscreen display that hasn’t aged well.

Thankfully, Lexus will revamp the Toyota RAV4’s fancy sibling soon as the wraps are coming off the second-generation NX on June 12. To ease the wait, a teaser image gives us an idea of what to expect from the rear end design where the posh crossover is getting a wide LED light bar stretching across the entire width of the tailgate to meet the taillights. You’ll also notice the company’s badge has been replaced by “LEXUS” lettering in the center of the tailgate.

Details about the underpinnings have not been disclosed, but the new NX should continue to be mechanically related to the RAV4. We’re hearing the NX 350h hybrid will be joined by a more potent 450h+ version with a plug-in hybrid powertrain, presumably carried over from the RAV4 Prime (rebadged as a Suzuki Across in Europe). If that’s the case, expect a combined output of 302 hp and 353 lb-ft of torque.

In the Toyota version, the PHEV punch is good for a 0 to 60 mph sprint in a remarkable 5.7 seconds. The plug-in hybrid system encompasses a four-cylinder, 2.5-liter naturally aspirated engine working together with a pair of electric motors, a continuously variable transmission (CVT), an 18.1-kilowatt-hour lithium-ion battery pack, and an all-wheel-drive system. To get an idea about fuel economy, the RAV4 Prime returns 38 miles per gallon in the combined cycle and has a pure electric range of 42 miles.

The rumor mill also indicates Lexus is introducing a completely new infotainment system, one that will thankfully come with a touchscreen. An entirely digital driver’s display is also expected, along with other tech goodies varying from a head-up display to a wireless charging pad.

Full details will be disclosed in a week from Saturday when we’re expecting to learn about the electrified powertrains as well.