BMW i4 – What Are Some Of The Best Features?

June is a busy month for BMW. After the unveil of the BMW i4 and iX electric vehicles, this week, the Bavarians took the veil off the regular 4 Series Gran Coupe, and a series of facelift models. And while the ICE models are still the bread-and-butter of the brand, it’s the i4 and iX which will take the company into the future. A few days ago we published the five most important things we found on the BMW iX, and today, it’s the i4’s turn to go through the same “treatment”. 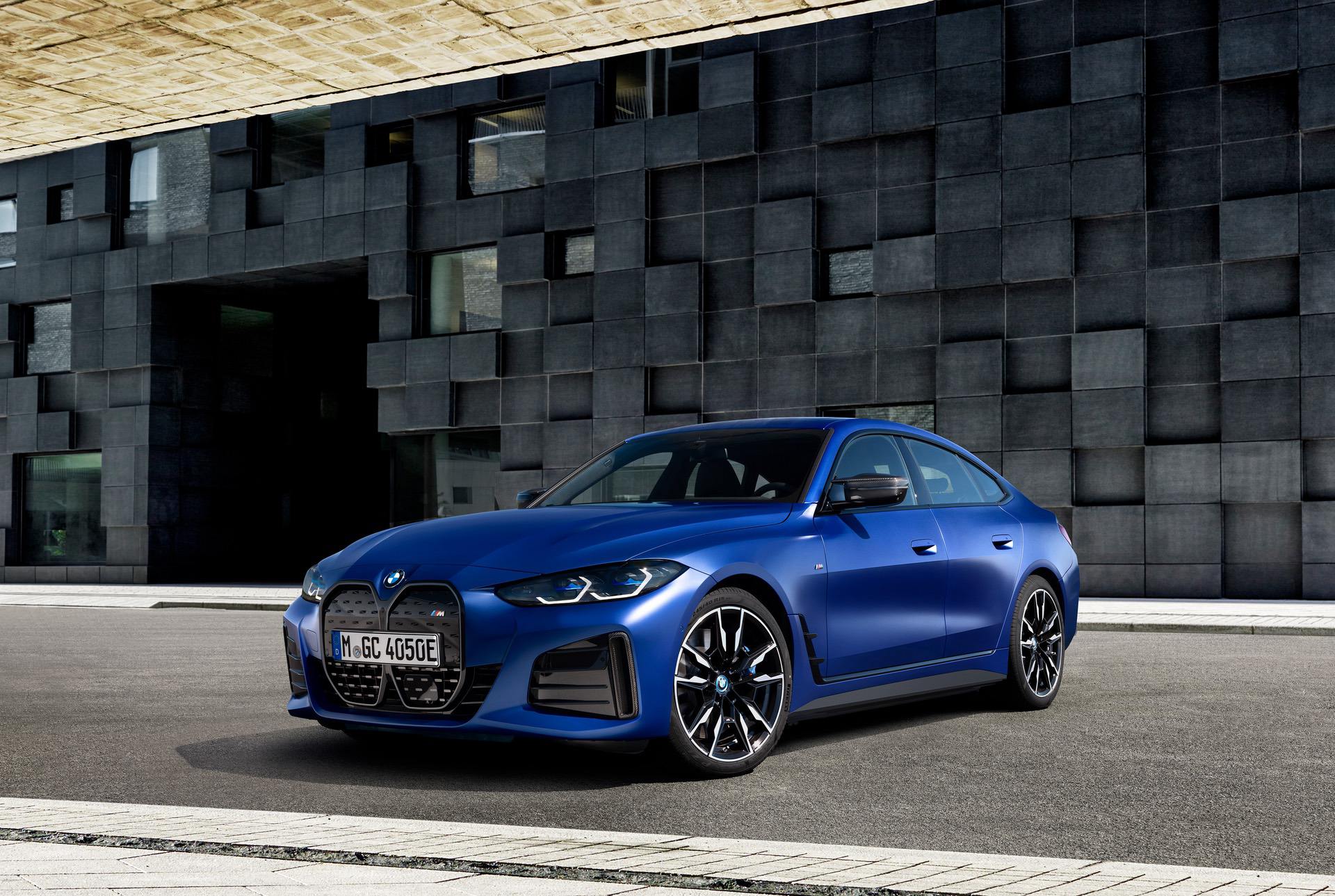 It was inconceivable a decade ago to put an electric car and a sports brand in the same sentence. But it’s 2021 and the automotive market is significantly different. Hyper cars and sports electric cars are the norm, so that drove BMW M to put their own touches on an electric model. The BMW i4 M50 falls under the tutelage of the M Division, but it’s not a full M product. Instead, it belongs to the so called M Performance Automobile division. Therefore, it has some of the M DNA embedded in its design and tech.

The i4 M50 gets the typical M Package exterior which brings a more aggressive bodykit to the market. The BMW i4 M50 also features model-specific adaptive M suspension, variable sport steering, M Sport braking system and optional M light-alloy wheels (up to 20-inch). Furthermore, the i4 M50 comes with a Sport Boost mode for a maximum system torque of 795 Nm (586 lb-ft). 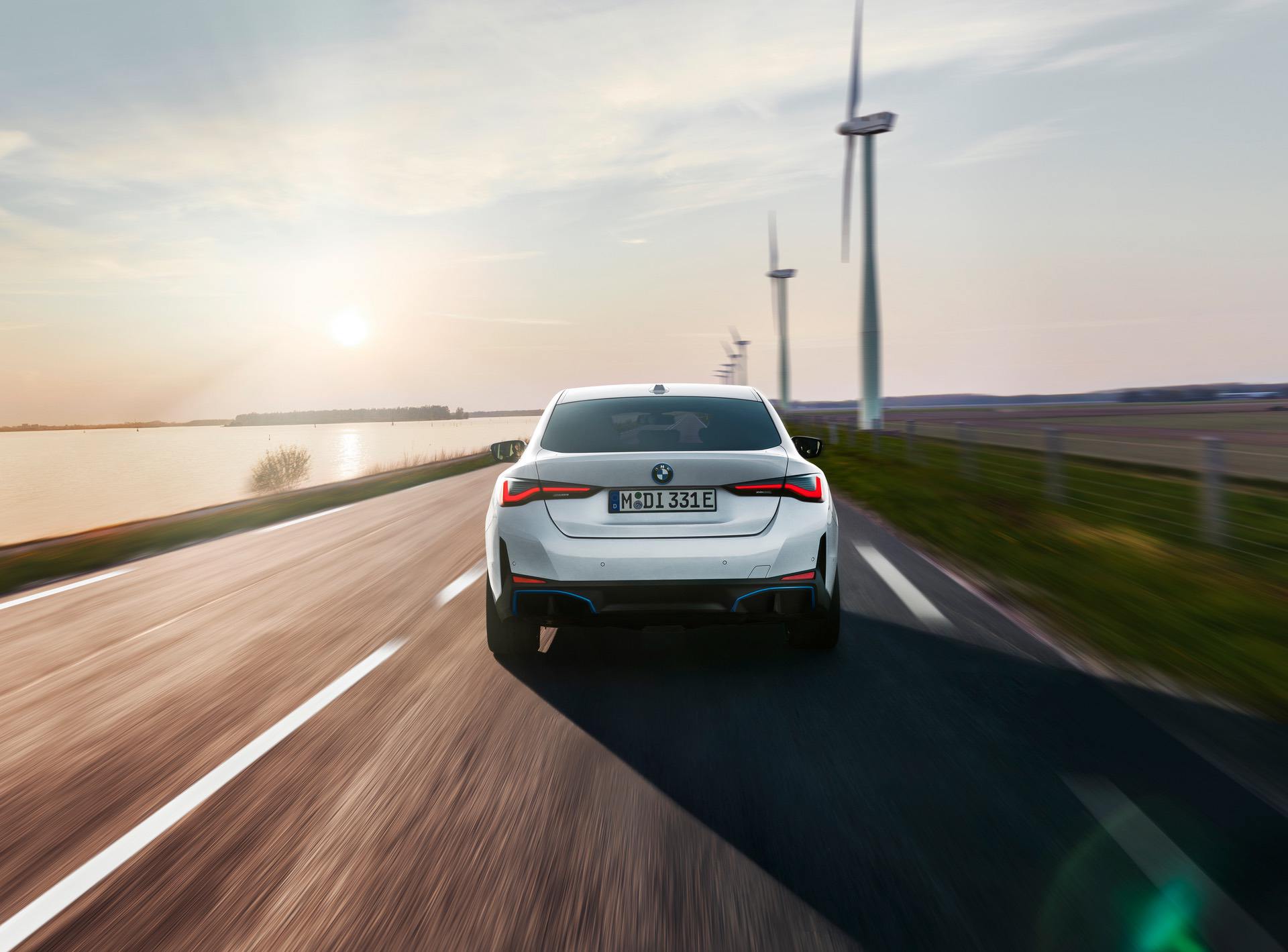 Granted, there haven’t been many BMW electric cars so far. The BMW i3 was offered in several variants, including with a Range Extender option, while the recently launched MINI Cooper SE followed the same recipe. Both of those models send the power only to one axle. The new BMW i4 M50 changes that. The top i4 model features two electric motors producing 536 horsepower and 586 lb-ft of torque. According to BMW, max range is around 235 miles and 0-60 mph happens in 3.9 seconds. We drove an i4 M50 prototype and came back impressed. 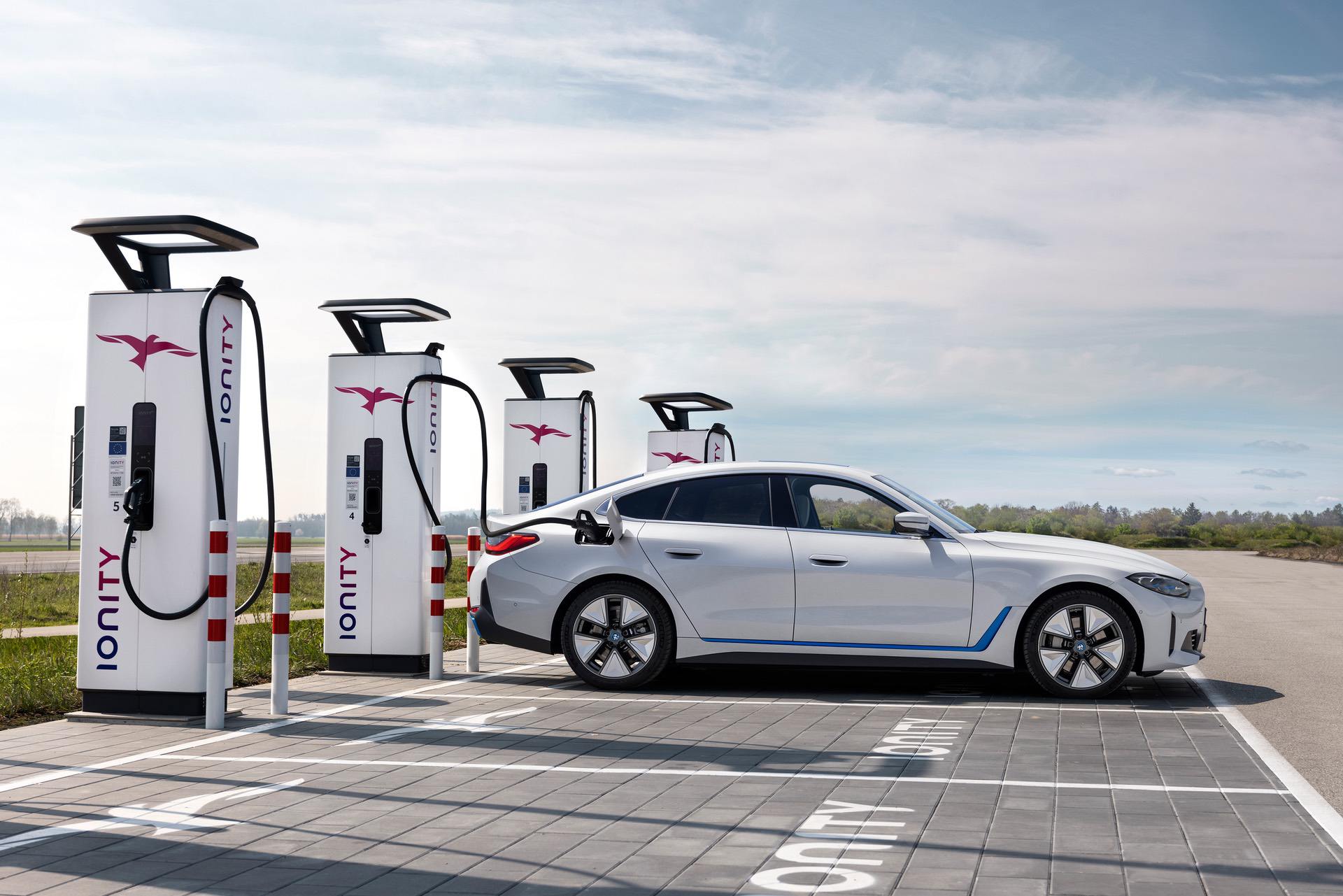 The i4 can charge at up to 200 kW, with a compatible DC fast charger. At that speed, the BMW i4 40 can recharge 102 miles of range in just ten minutes, while the i4 M50 only gets 87 miles of range in the same time. It can also charge at 11 kW from a Level 2 home charger, which will take eight hours to fully charge the battery. This is a significant jump in charging tech considering that the BMW i3 can charge up to 50 kW.

2. Brake Energy Regeneration Modes For Everyone 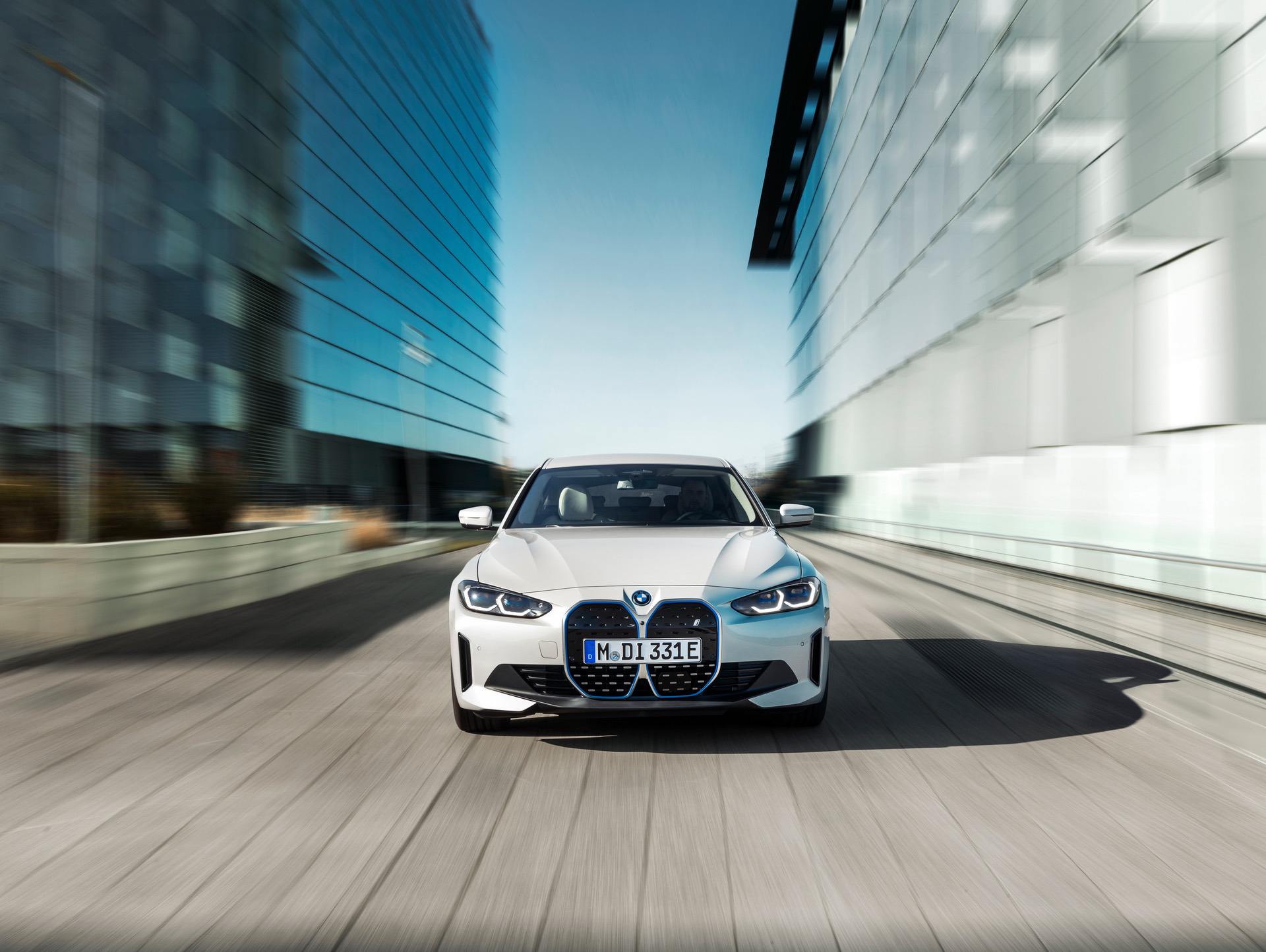 The integrated brake system and Brake Energy Regeneration is rated at 116 kW for the base i4 eDrive40 model and 195 kW for the M Performance car. While the BMW i3 had a single brake-regen mode, the new i4 comes with no less than four options. The idea here is that you can still get the one pedal feeling. but if you want to drive longer distances, maybe you want to have more comfort. This is why you can choose the amount of recuperation in the i4.

You have three levels and one adaptive mode. You can change from the one-pedal feeling to coasting where you have no recuperation. And you have a mode in between. If you don’t care about switching the modes, there is an adaptive mode which does the work for you. For instance, if you drive behind another car and get closer, the i4 will start to recuperate. But if you don’t have anyone in front of you, the i4 coasts so you don’t lose energy in recuperation.

In braking situations, the first thing the car does is to recuperate energy. But if you need additional braking force, only then it will use the mechanical brakes. So during my drive I played around with all these modes. During more “technical” sections of these backroads, I mostly used the High mode which did most of the braking for me which was quite a unique experience considering the braking power needed. At the other end of the spectrum is the Low regen-mode which feels like you’re driving a “normal” BMW where you need to do all the braking. 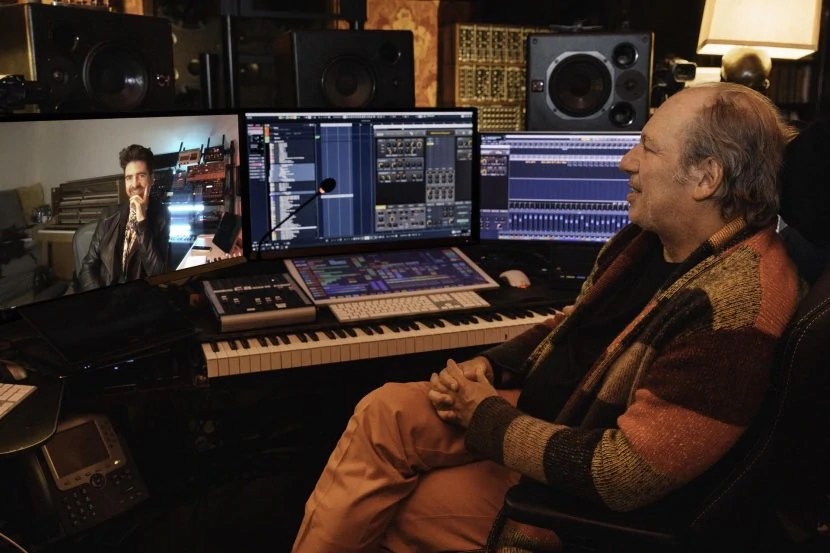 Your electric car doesn’t have to sound boring. And that’s precisely why BMW hired Academy Award winner Hans Zimmer to compose a sound pack for its future electric cars. Dubbed IconicSounds, the driving sound takes its cues from the driving situation at hand and the driver’s personal preferences.

It can be activated at the touch of button. When in Comfort mode, the sound creates a pleasant atmosphere inside the car. But when in SPORT, the sound delivered is more powerful and dominant. Only when the vehicle is in ECO PRO mode, the acoustic feedback reduced to nothing. Furthermore, BMW mentions that the sound in the i4 M50 has a more technical profile and it’s far more engaging.

The IconicSounds Electric comes as standard in the BMW iX and can be specified as an option for the BMW i4. The car also be installed via the Remote Software Upgrade.