It was only a few days ago when the Jaguar E-Type received a new lease of life by being converted to electric propulsion and now another automotive icon is getting the EV treatment. While the stunning E-Type was based on an actual Jaguar, the E-Legend EL1 is a bespoke electric coupe with a design harkening back to the Audi Quattro S1 rally car.

The rally-inspired performance EV machine has no fewer than three electric motors akin to high-end electric vehicles such as the Tesla Model S Plaid, the Audi E-Tron S, and the GMC Hummer. It has a massive combined output of 805 horsepower (600 kilowatts) in a coupe that weighs 1,680 kilograms (3,703 pounds), which is fairly low for a tri-motor EV.

Developed by a German company, the EL1 rides on 19-inch front and 20-inch rear wheels and has been conceived to accommodate an adjustable suspension. The boxy styling of the 1980s rally car looks exceptional in this modern EV application, complete with LED lights at the front and rear to keep up with the times. 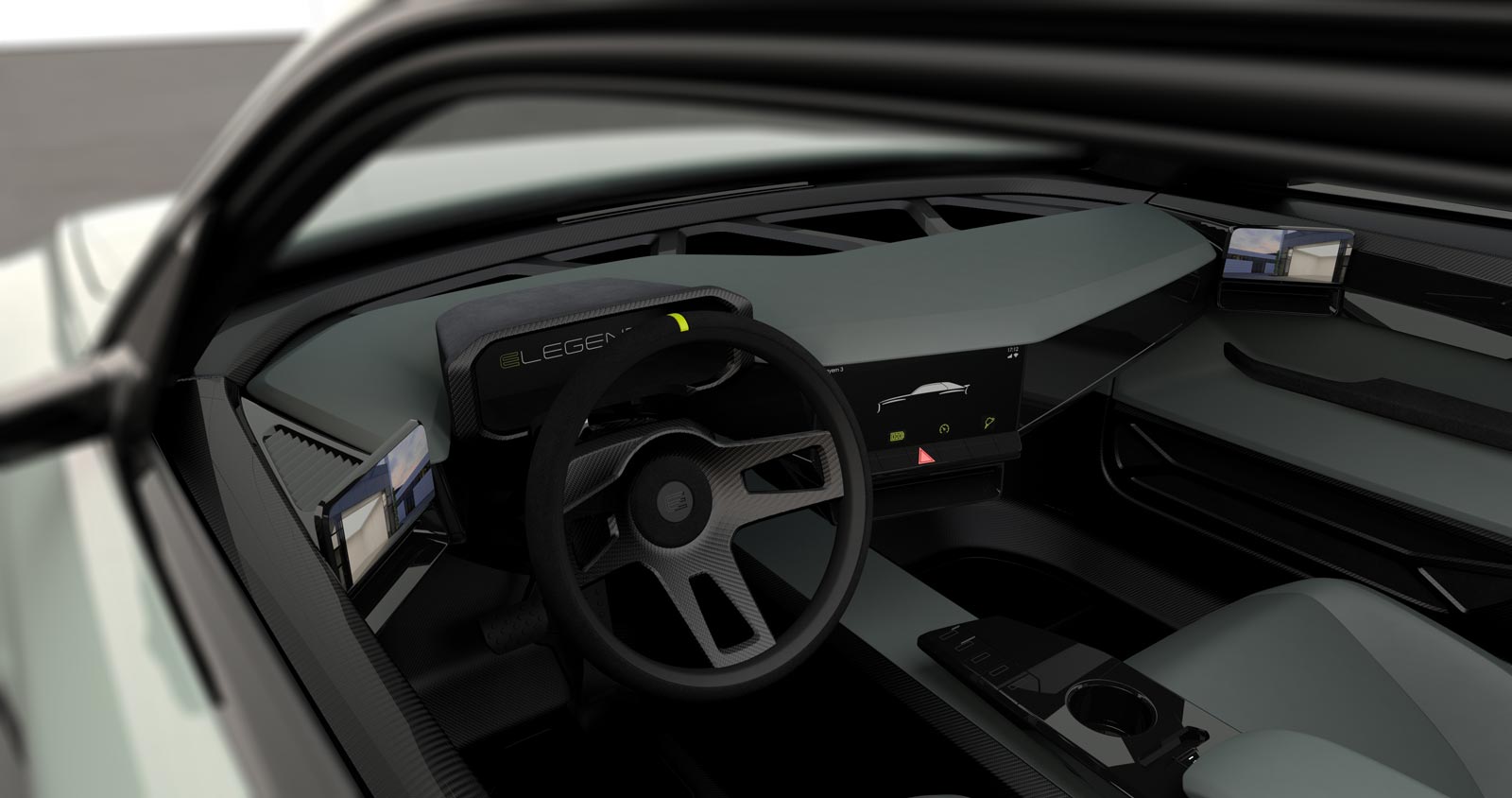 A closer look reveals a carbon fiber rear wing along with side cameras replacing the conventional mirrors. The low-slung coupe has the charging port on the rear fender on the driver’s side, while the hood accommodates vents similar to the so-called nostrils of the race-spec Quattro. Centerlock wheels accentuate the rally vibe, and there are flush door handles to enable a sleek side profile.

The interior is still a work in progress at this point as E-Legend needs more time to finalize the cabin with its minimalist layout mostly devoid of conventional controls. Instead, there’s a fully digital instrument cluster and an infotainment system slightly angled towards the driver to provide the race car feel. Two more screens – one at each corner of the door – show the footage captured by the exterior side cameras in the same way as the Honda E.

E-Legend plans to build only 30 examples of the EL1, each priced at an eye-watering €890,000 before taxes. That works out to a cool $1 million at current exchange rates for an electric high-performance coupe that sources its ultra-lightweight carbon monocoque from a third party.

Previous articleAudi Q8 E-Tron electric SUV to be built in Brussels from 2026?
Next articleLEVC e-Camper offers 60 miles of electric range for outdoorsy people