Following last week’s announcement, the Volkswagen Group held a livestream today to present its New Auto strategy about how the conglomerate is preparing for an all-electric future. While talking about batteries, platforms, and whatnot, a virtual design of the hotly anticipated Trinity was shown when company head honcho Herbert Diess was speaking about the VW core brand.

It’s not a lot to go by at this point, but then again, the all-electric sedan won’t be going on sale until 2026. The 360-degree tour does show the EV from all angles for the first time, confirming its swoopy roofline akin to the Arteon on sale today or the CC it replaced. It looks like it won’t be a sedan in the traditional sense of the word because the car gives the impression it boasts a more practical liftback / hatchback configuration. 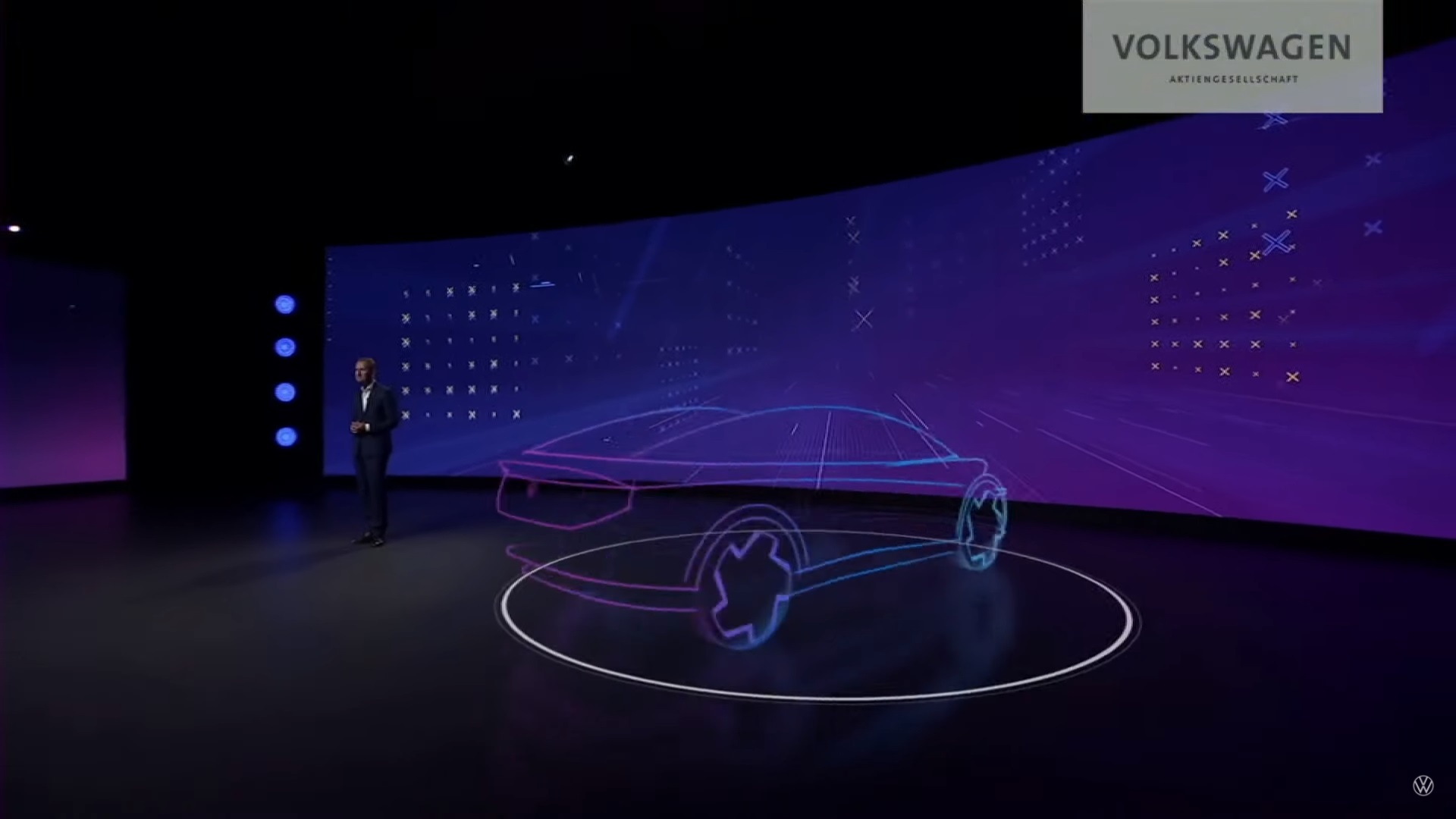 Technical specifications are shrouded in mystery, although we do know the Trinity will ride on the VW Group’s upcoming Scalable Systems Platform. SSP is seen as the direct successor of the MQB, MSB, and MLB architectures developed for combustion-engined cars, but also the replacement for the electric-only MEB. In addition, SSP will eventually replace the Premium Platform Electric, which hasn’t even debuted yet. PPE will premiere next year with the Audi Q6 E-Tron and Porsche Macan EV.

SSP will debut in 2026 with the Trinity and will help the German automotive conglomerate drastically reduce complexity and speed up development. To make it happen, the VW Group will be investing no less than €800 million in a new R&D facility at home in Wolfsburg where the SSP is being prepared. These new EVs will also take advantage of software stack 2.0, encompassing a unified operating system and level 4 autonomous driving capabilities. 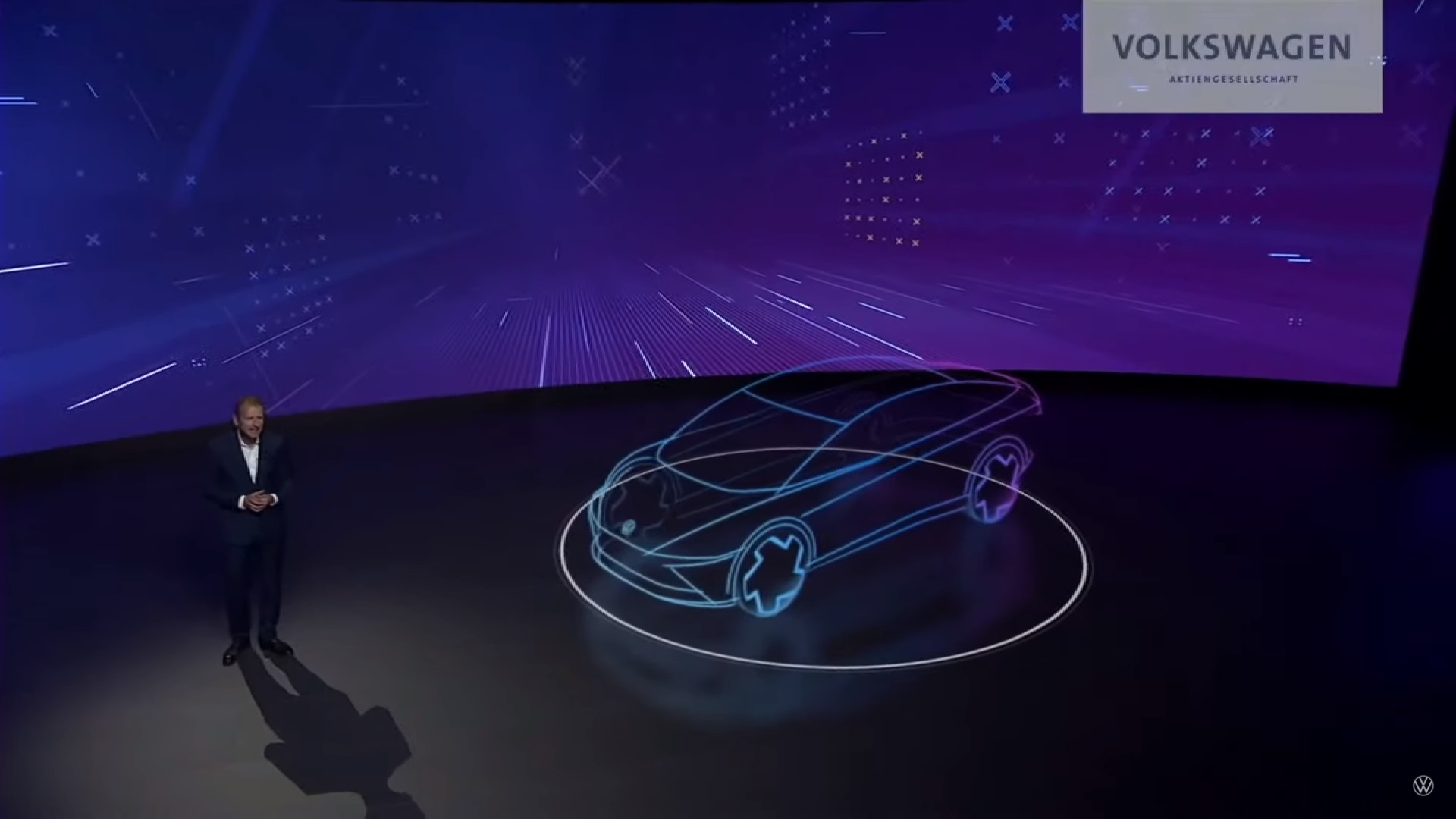 In the long run, the VW Group aims to cut its carbon footprint per vehicle by 30% over its life cycle by the end of the decade compared to 2018 levels. By 2030, the goal is for EVs to account for half of the group’s sales, with the percentage growing to almost 100% by 2040 in the firm’s major markets. Ultimately, the VW Group hopes to reach carbon neutrality by the middle of the century, in line with the Paris Agreement.

Meanwhile, VW believes fully electric vehicles and internal combustion ones will reach margin parity within the next 2-3 years as higher CO2/Euro 7 costs and tax disadvantages will eat into the profit margins of conventional gasoline and diesel cars.