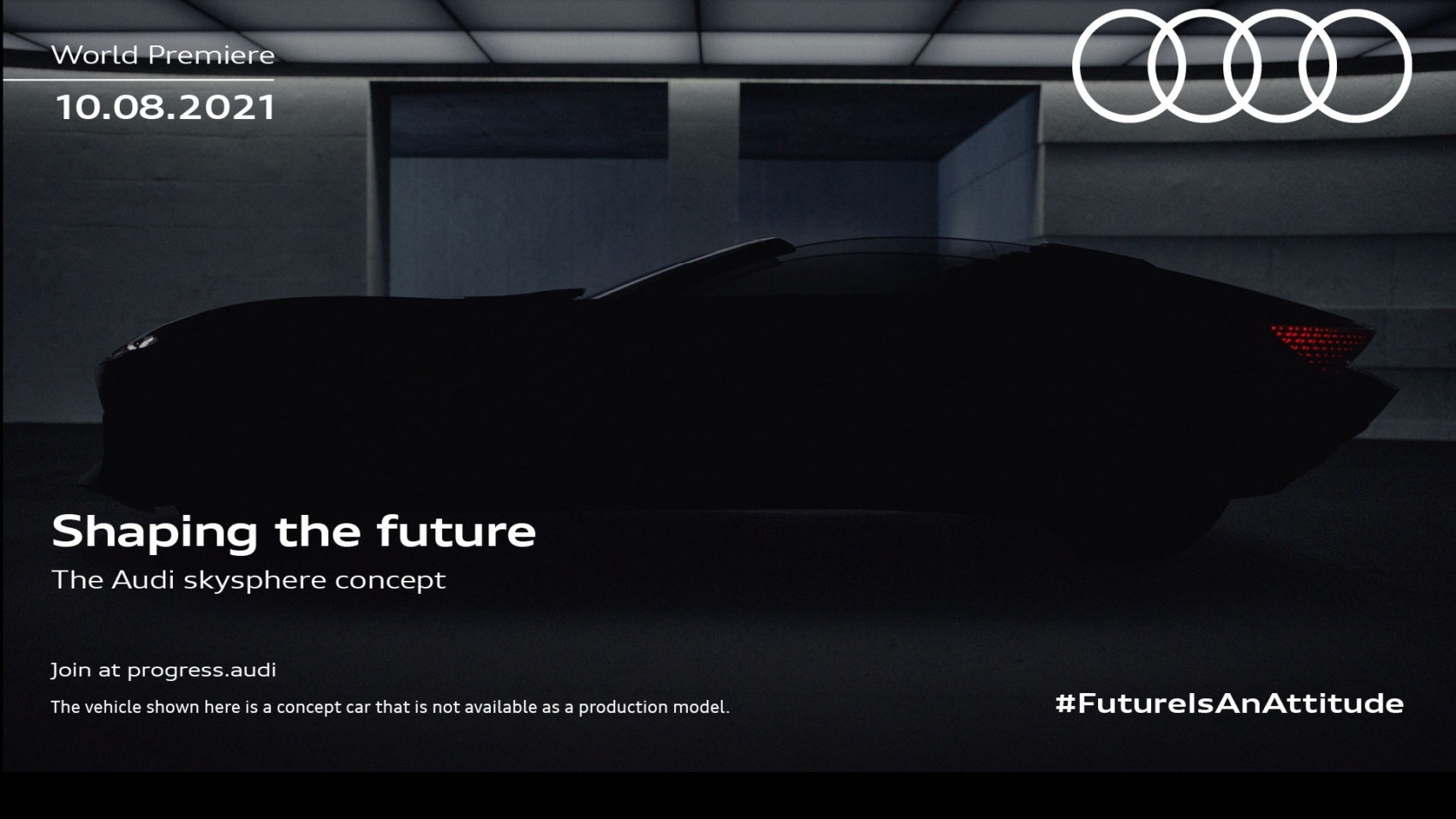 We’ve been talking a great deal about Audi’s three new “Sphere” concepts, and while the Grandsphere has been getting most of the attention, it’s the Skysphere we will be seeing first. The Ingolstadt-based luxury marque has now released an exciting teaser image, announcing the world premiere is scheduled to take place on August 10.

Ok, what exactly are we looking at? It appears to be a fairly large two-seater grand tourer that does away with the roof altogether. Whether it has a removable targa top or not remains to be seen, but it appears there’s no room in the back for a folding roof, be it even a fabric one that would take less space. Even though the extremely long hood might suggest a large-displacement combustion engine, we strongly believe we’re looking at a pure electric vehicle.

It is worth mentioning that although none of the “Sphere” concepts (including the Urbansphere) won’t be going into production, Audi has said these will preview styling cues and tech that will be adopted by road-going models in the coming years. Expect a heavy dose of autonomous driving to be embedded into these showcars since that seems to be the direction most luxury brands are taking.

The Four Rings don’t have much else to say about the Skysphere at the moment of writing, only mentioning in the photo’s description on Facebook: “Freedom is more than a concept, it’s a promise. Prepare yourself, future premium mobility is about to reach new heights.” It will be followed by Grandsphere at the IAA Munich show in September, while the Urbansphere is scheduled to premiere at some point next year.

In a video posted on YouTube, Audi harkens back to the Horch 853 A convertible and how it has inspired the design team to create the futuristic Skysphere. The fabulous cabrio from nearly a century ago had a long hood and short overhangs combined with a high-end interior trim, which will all have a modern-day correspondent in the new concept.

Audi’s design boss Marc Lichte describes it as a sports car that can be transformed into an autonomous lounge in a matter of seconds to “redefine progressive luxury.” The reveal scheduled for August 10 will take place at the company’s new design studio in Malibu.