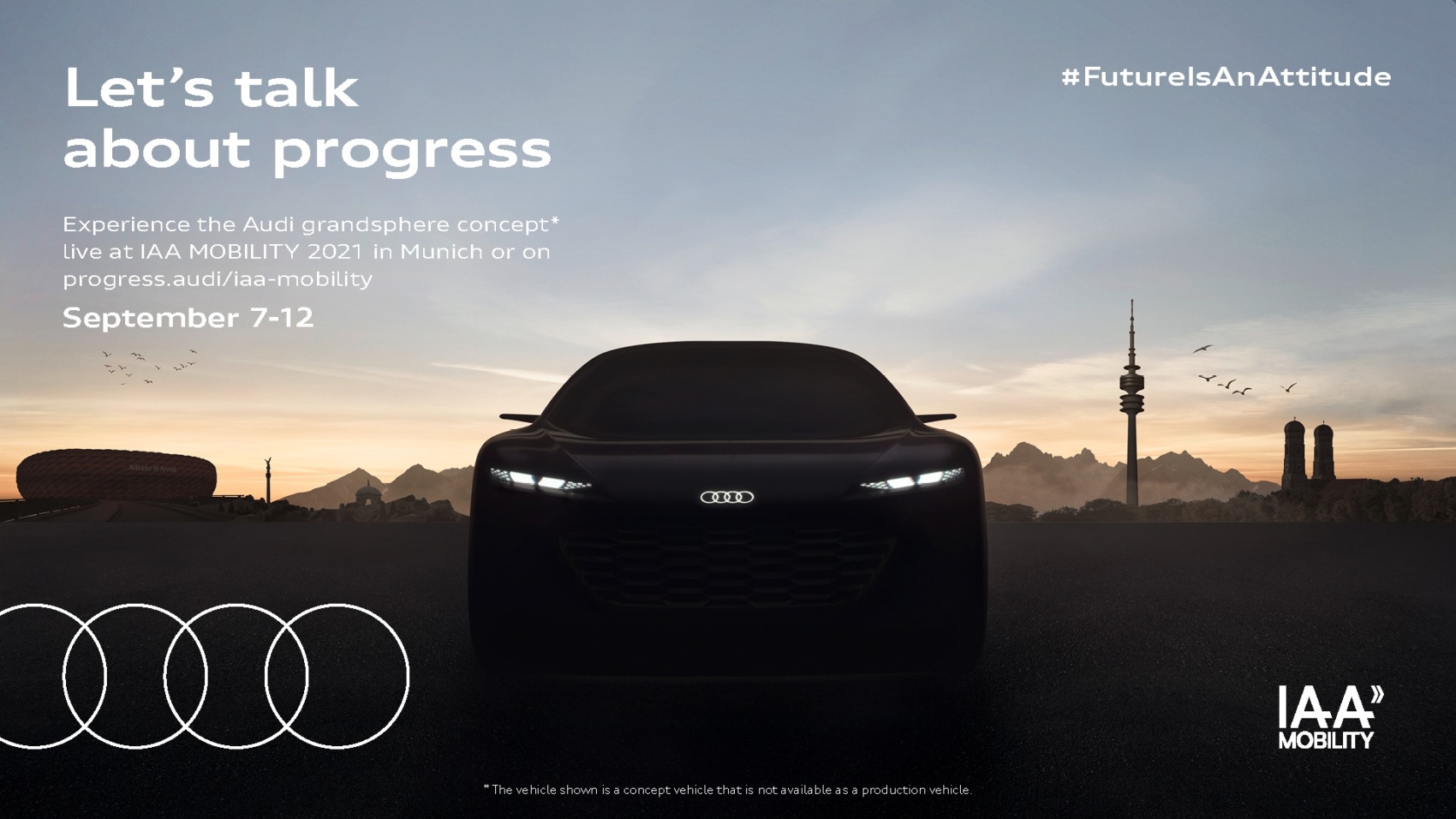 The Audi Grand Sphere is coming. September 7, at the 2021 IAA motor show in Munich, will be the day we see Audi’s second “Sphere” concept car. The first, Audi’s Sky Sphere, was a pleasant surprise, featuring a gorgeous futuristic Art Deco design and an extremely interesting variable wheelbase. We weren’t super excited about the Sky Sphere before it debuted but it changed our minds. Due to the pleasant surprise of the Sky Sphere, we’re very much looking forward to the Audi Grand Sphere.

Audi recently teased the upcoming Grand Sphere in a new photo on its Facebook page. Just from the darkened teaser photo, we can tell it’s going to be a drastically different car from the Sky Sphere. Super skinny headlights, virtual wing mirrors, and a smooth, aerodynamic shape immediately give it a futuristic, high-tech feel. This isn’t a retro-design like the Sky Sphere.

We know that Audi plans on using the Grand Sphere as a precursor to the Project Artemis Landjet, which itself will be a precursor to Audi’s next generation luxury car. Audi wants the Landjet to be the successor to the Audi A8 but not a direct replacement. The brass in Ingolstadt finally understand the A8 is never going to beat the Mercedes-Benz S-Class, so it needs to rethink how it wants to approach luxury cars and the Landjet is that rethinking.

Audi is also aware that it needs to take on Mercedes’ EQS electric sedan, the Tesla Model S Plaid, and the new Lucid Air Dream Edition. The Grand Sphere is going to show off how Audi plans on doing that. Admittedly, it’s not going to be an exactly detailed plan, as the Grand Sphere is just an early concept, but it will provide the broad strokes.

The Audi Grand Sphere is going to make its debut next week and we’ll have boots on the ground in Munich to bring you live photos.