2021 IAA: The Cupra UrbanRebel is the Electric Hot Hatch of the Future

Cupra, the performance sub-brand of SEAT — itself a subsidiary of the VW Group — just made a lot of enthusiasts very happy at the 2021 IAA. With the near-constant stream of autonomous relaxation pods flooding auto shows, it’s nice to see an electric concept car that’s designed to thrill, rather than chill. The all-new Cupra UrbanRebel Concept is exactly as its name claims — a rebel against the rest of the vanilla, self-driving EVs lining the floors of auto shows.

The Cupra UrbanRebel Concept is a racing concept that will translate into a road car and it looks the part. Its massive rear wing, aggressive front aerodynamics, and large air intakes show off its performance DNA. Cupra hasn’t yet provided the electric motor count or placement yet, however it claims that its consistent power output is 250 kW (335 horsepower), with a short-term peak of 320 kW (429 horsepower). That peak power will likely only be available for brief sprints, probably somewhere between five and ten seconds worth. Cupra does claim that it can get from 0-100 km/h (62 mph) in 3.2 seconds. That’s shockingly fast for a car with only 429 max horsepower, so we’re assuming it’s quite light because, well, racecar.

See also  Volkswagen to have 2,000 charging stations in Germany by late 2021 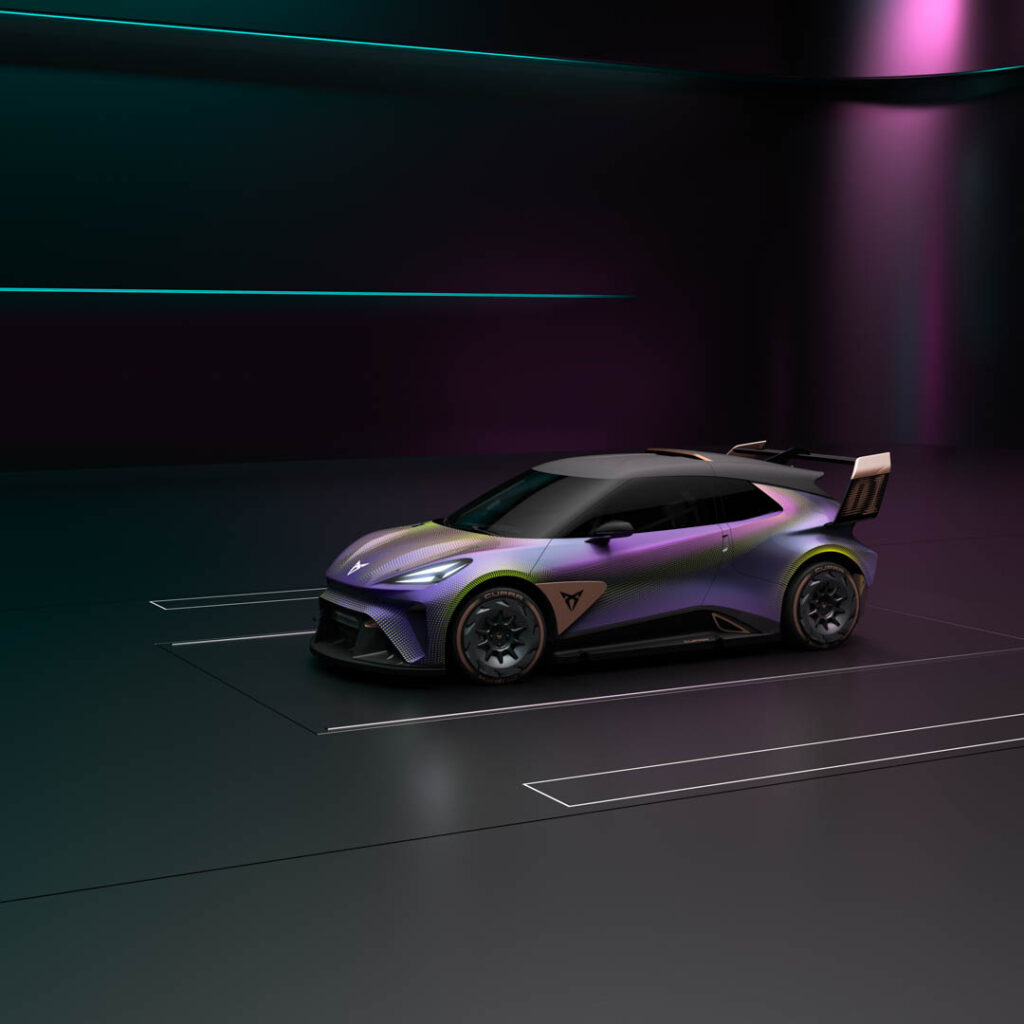 Based on the VW Group’s MEB architecture, the Cupra UrbanRebel is going to be a small, electric hot-hatchback. Knowing that a brand like Cupra is going to want to help keep the hot-hatch market alive, even when the industry goes electric, is extremely encouraging. It truly is a breath of fresh air at the IAA, when almost all other EVs are just visions of the autonomous, driverless future.

There’s no timeline as to when Cupra will begin to produce such a car but, considering how production-ready it looks, and how quickly the Volkswagen Group seems to be moving, it’s possible we could see some spy photos as early as next year.

Regardless, the Cupra UrbanRebel Concept is exactly the sorts of cars we want to see from automakers. Let’s hope this becomes a reality sooner than later.