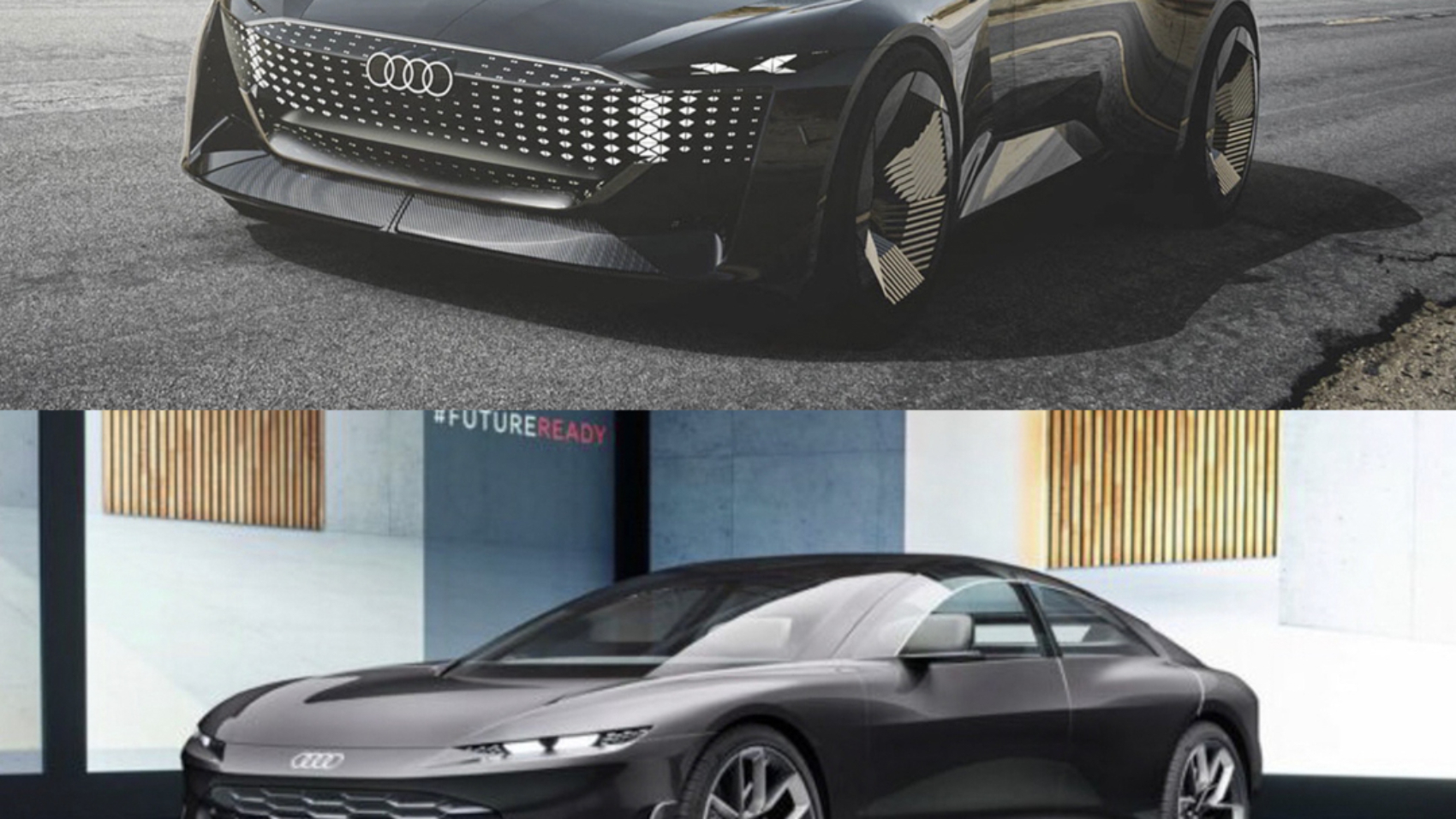 At the 2021 IAA, Audi debuted its second “Sphere” concept, the Audi Grand Sphere, which was built to showcase the future of luxury for the brand. A few weeks prior, the Audi Sky Sphere debuted, which showcased the future of grand touring. Both cars are surprisingly impressive in their own ways but which is more interesting and exciting? Let’s break ’em down.

It’s worth mentioning that the Audi Grand Sphere is a more realistic project, as it’s the precursor to whatever the Project Artemis Landjet is going to be. Audi claims it’s a replacement for the Audi A8, with a radically different approach. However, there’s been nothing said about whether Audi will make a production vehicle out of the Sky Sphere. With that said, let’s take a look at both cars. 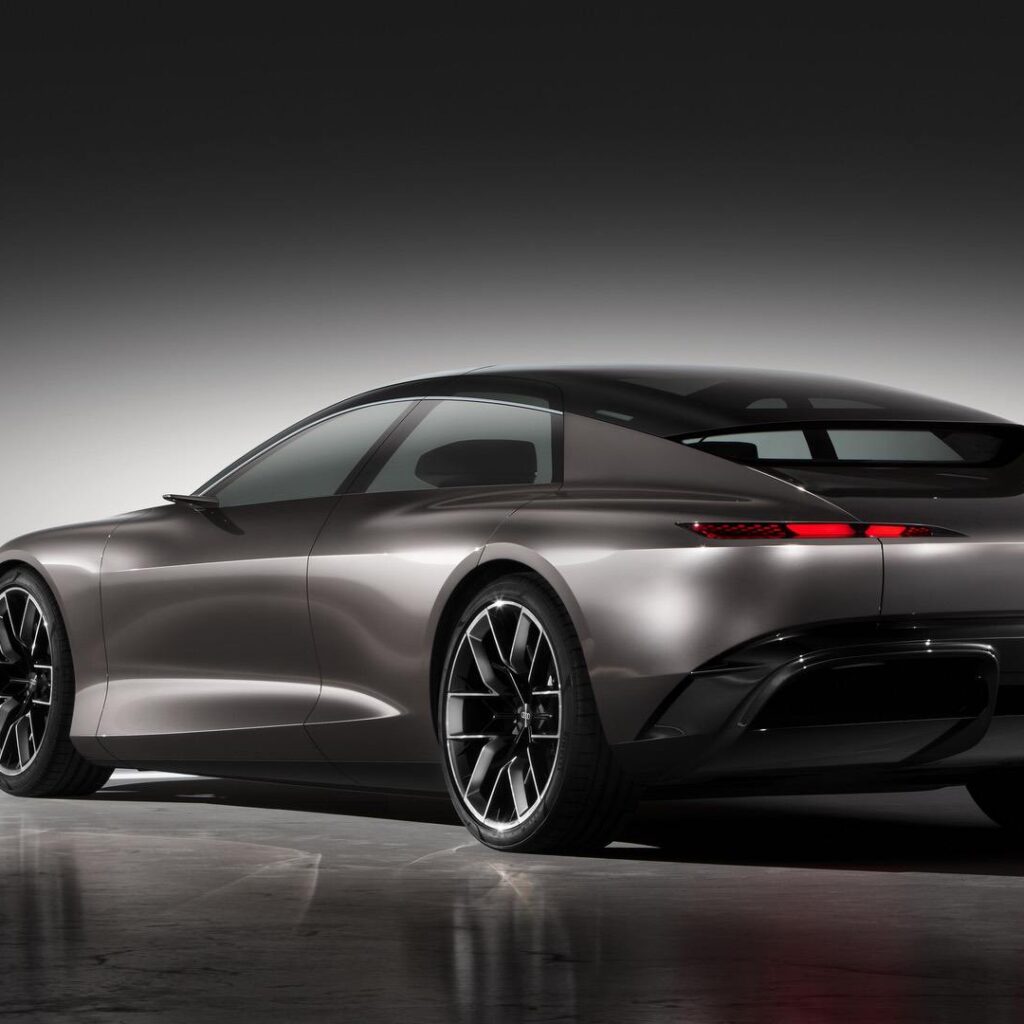 The Grand Sphere is the most recent car, so we’ll start there. Debuted at the 2021 IAA, the Audi Grand Sphere impressed with its incredibly comfortable and relaxing cabin, slick hidden technology, and sharp design. The entire idea of the Grand Sphere is to create a serene, peaceful environment for its passengers and you can see that in its cabin. 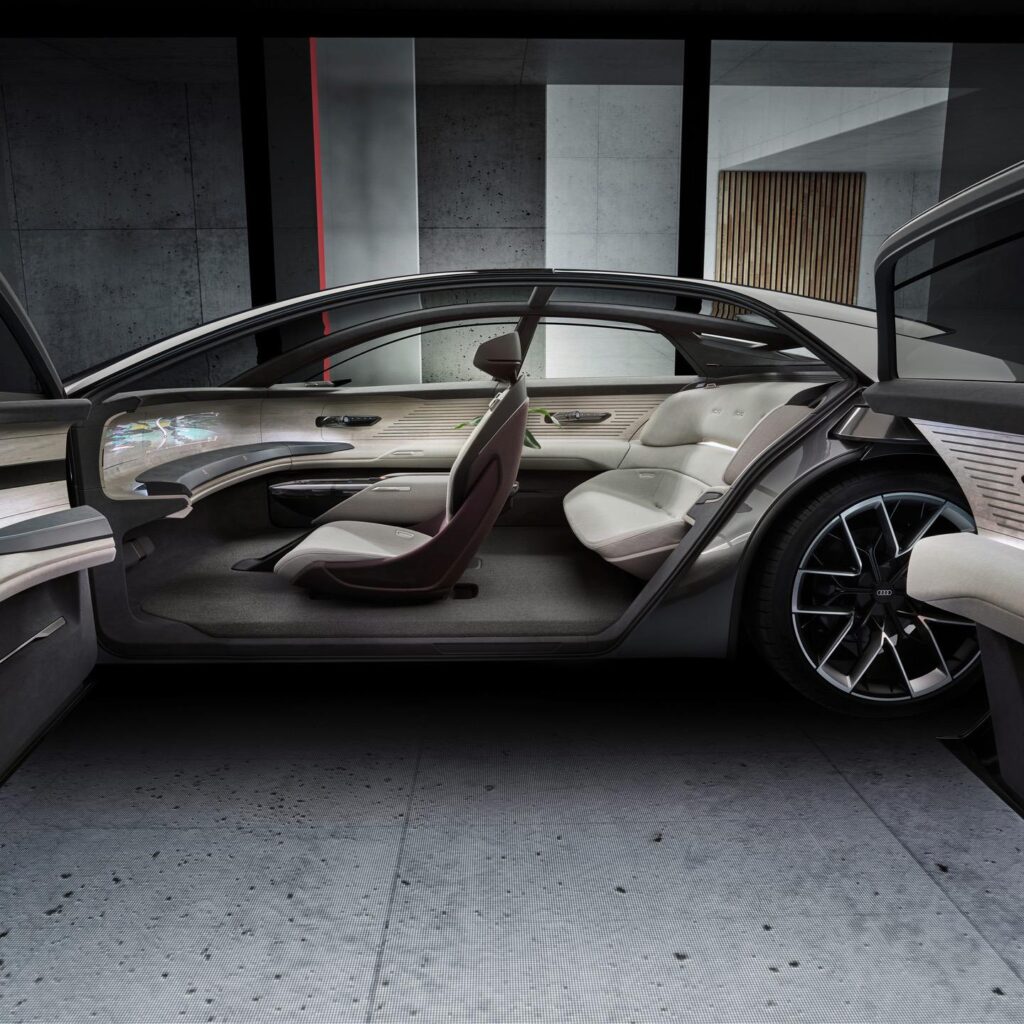 Open the doors of the Audi Grand Sphere, which open in opposing directions, and the B-pillarless aperture is incredibly inviting. The car recognizes your gate and adjusts the seats accordingly, to make ingress easier. Once inside the sumptuous, animal-free interior, you’ll notice there aren’t any screens. Anywhere. Instead, displays are projected onto the expansive dashboard and windshield. Not only does it look awesome but when the displays are off, there aren’t any screens to ruin the seamless look. Very elegant.

The Audi Grand Sphere also looks quite good for a luxury sedan. It’s low, sleek, and features a shooting brake-style roofline at the back. Audi clearly focused on interior space and practicality above outright design with the Grand Sphere and yet it still looks very good. 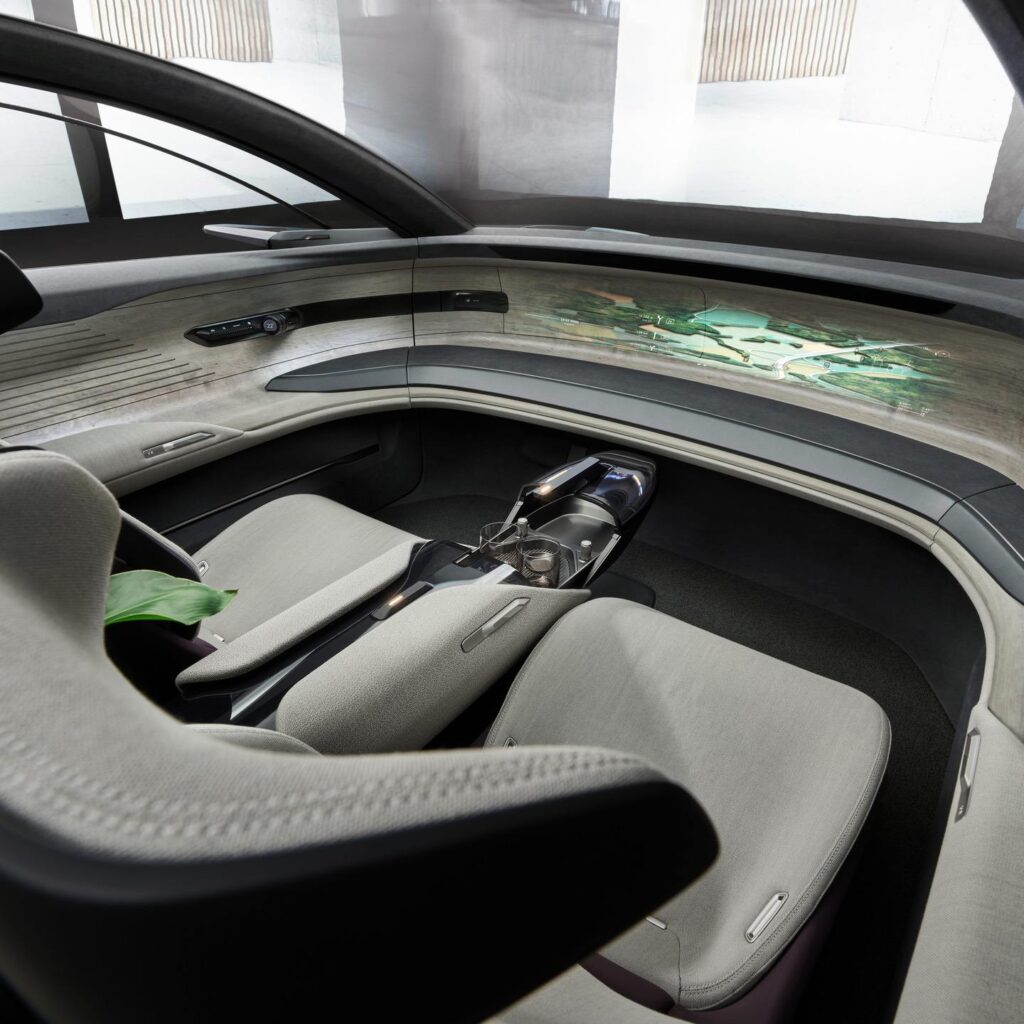 There’s no steering wheel or pedals upon first entering the Grand Sphere. The idea is it won’t make it to production until autonomy becomes more realistic. With a “come here” style hand gesture, though, the steering wheel deploys from the dashboard, in case the driver needs to take over. 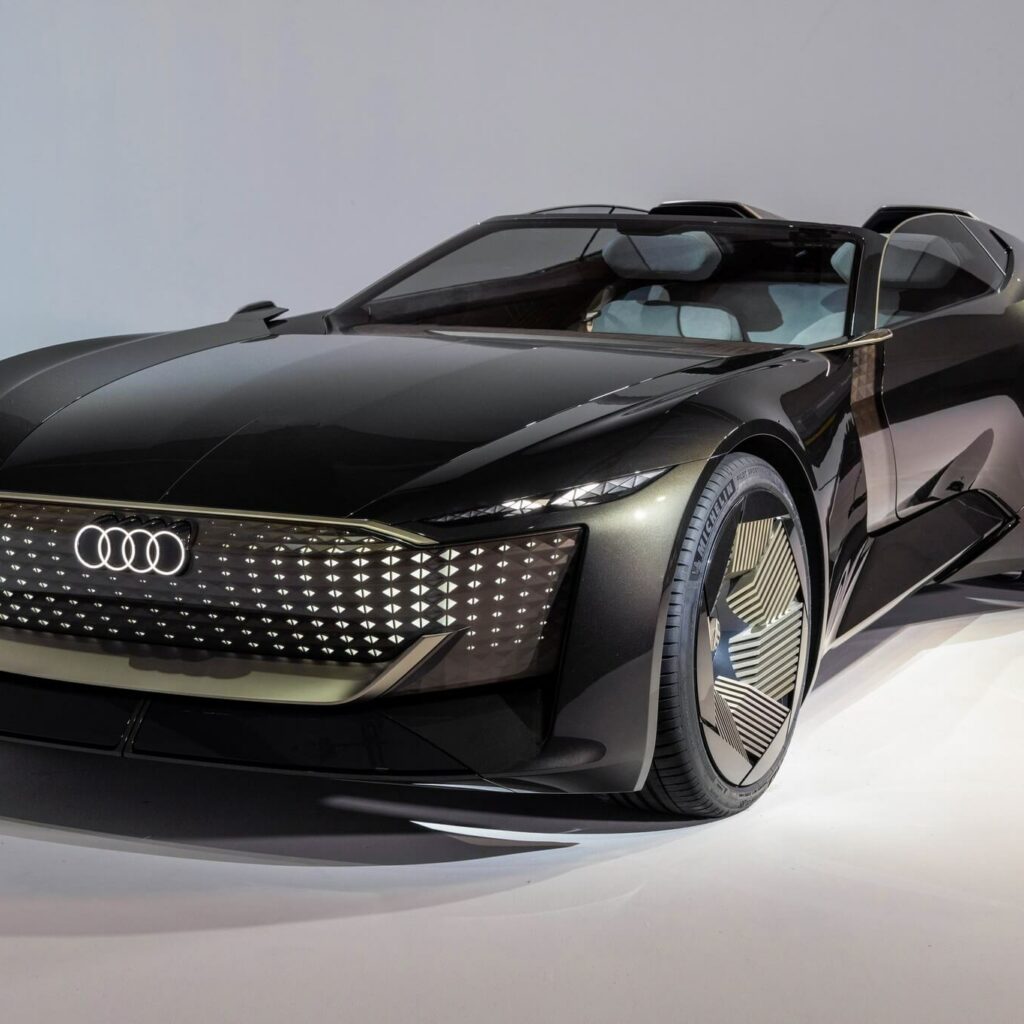 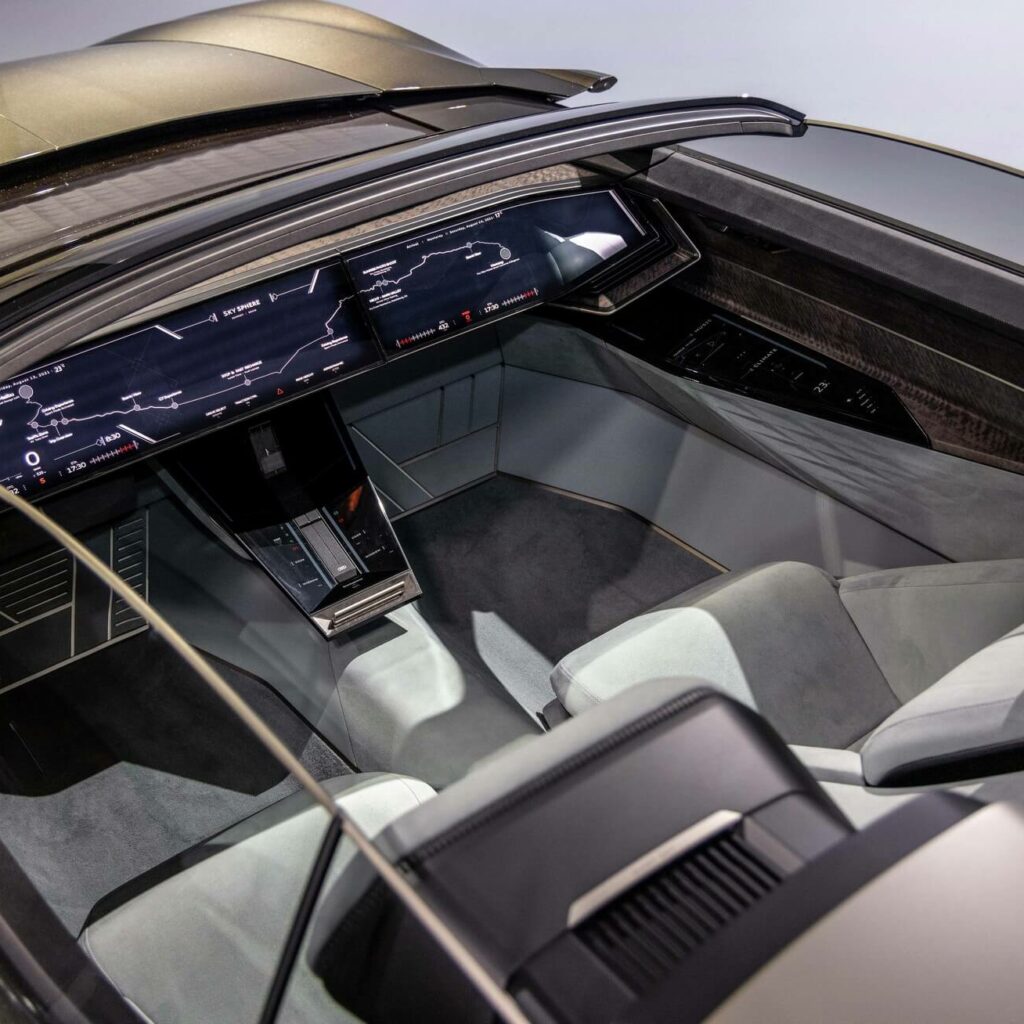 Inside, the Sky Sphere has a clearly driver-focused cabin, with several screens across the dashboard providing tons of information to the driver. Admittedly, there’s a screen for the passenger as well. While the steering wheel can disappear, for relaxed autonomous driving, the driver’s seat is very clearly meant for proper driving, rather than the Grand Sphere’s far more relaxed approach. In the Grand Sphere, manually driving the car is something you have to do sometimes, while in the Sky Sphere, it’s something you want to do.

The most interesting aspect of the Audi Sky Sphere, though, is that it has a variable wheelbase. When in autonomous mode, the car’s wheelbase extends at the front, as a longer wheelbase is more stable and more comfortable over bumps. However, when the driver wants to take over, the Sky Sphere’s wheelbase shortens at the front, providing the driver with a more nimble, dynamic front end. It’s a really clever little bit of design that, sadly, isn’t likely to ever make production.

See also  BMW i4 video outlines all the important details

Also, being called the “Sky Sphere”, it’s a roadster, naturally. So if you want some open top driving, the Sky Sphere can deliver. That also makes it a bit more of a romantic car than the Grand Sphere. It’s all about the experience of the journey. You and just one other person take the journey; either driving or letting the car drive itself; with the top down in gorgeous, art deco style.

Which is More Exciting? 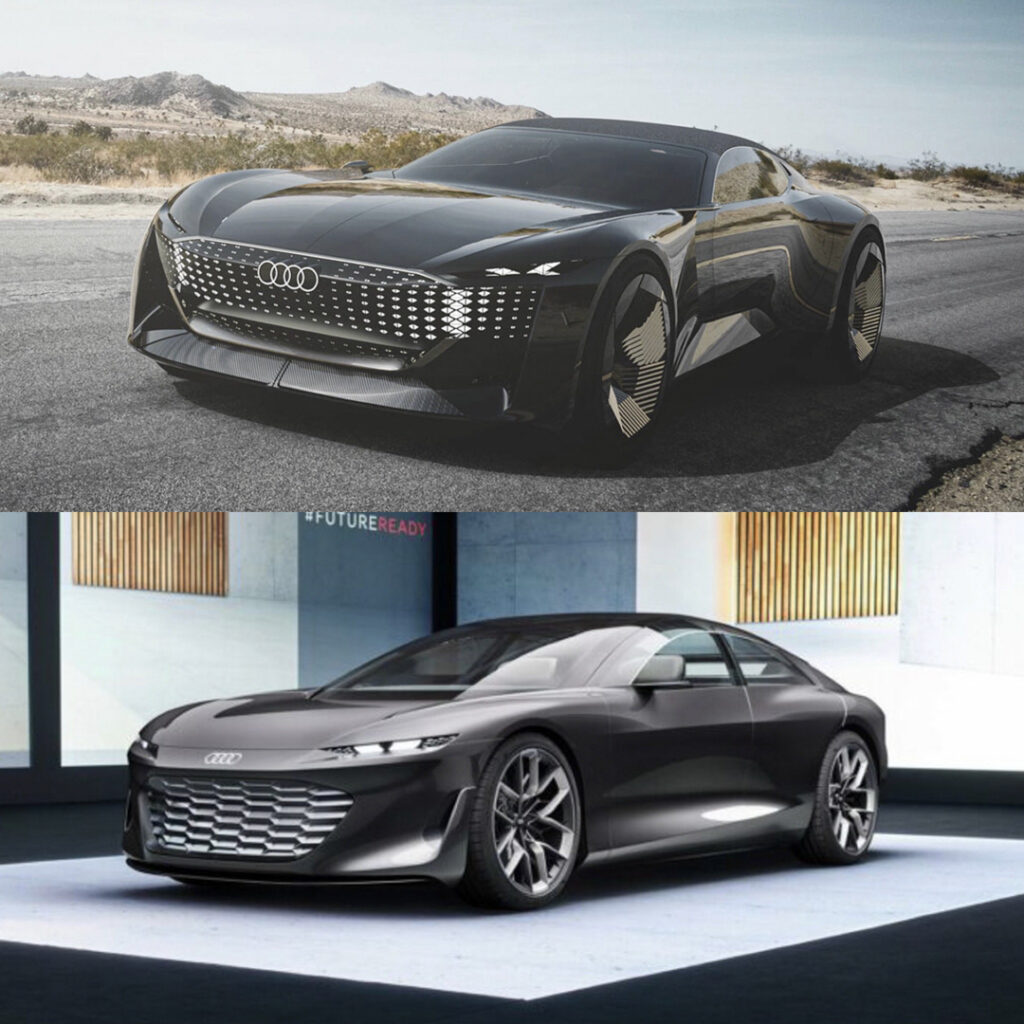 It has to be the Audi Sky Sphere, right? It has the same autonomous aspirations as the Grand Sphere but also with the added bonus of being driver-focused whenever the driver wants. It has a fascinating variable wheelbase, gorgeous art deco styling, and even an open roof.

The Audi Grand Sphere is impressive and should prove to be a great luxury car when Audi finally turns it into the A8. However, it’s not the car that fills our imaginations with excitement. The Audi Sky Sphere does and we sincerely hope the brand puts it into production in one way or another.