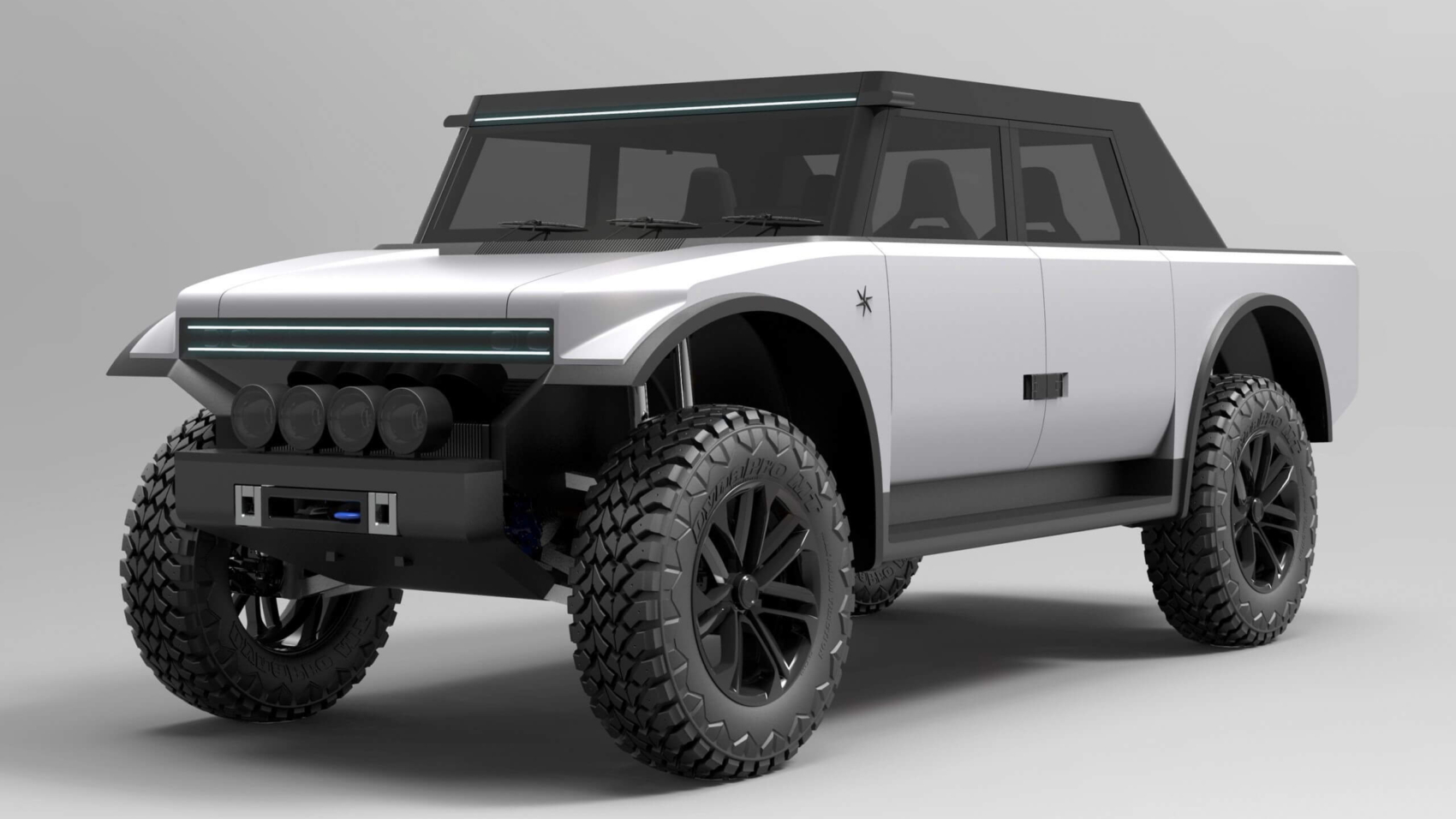 Tesla Cybertruck, Ford F-150 Lightning, Rivian R1T, Bollinger B2, GMC Hummer EV, Nikola Badger, and Lordstown Endurance – these are just some of the fully electric pickup trucks that will hit the market, some sooner than others. Prepare to add another one to the growing list as newly founded British company Fering Pioneer is unveiling the FP1.

The name might not be all that exciting, but the technical specifications certainly are. The off-roader has dual electric motors to enable an all-wheel-drive setup and deliver an instant torque of 443 pound-feet (600 Newton-meters). The horsepower figure has not been announced, but it too should be pretty solid. 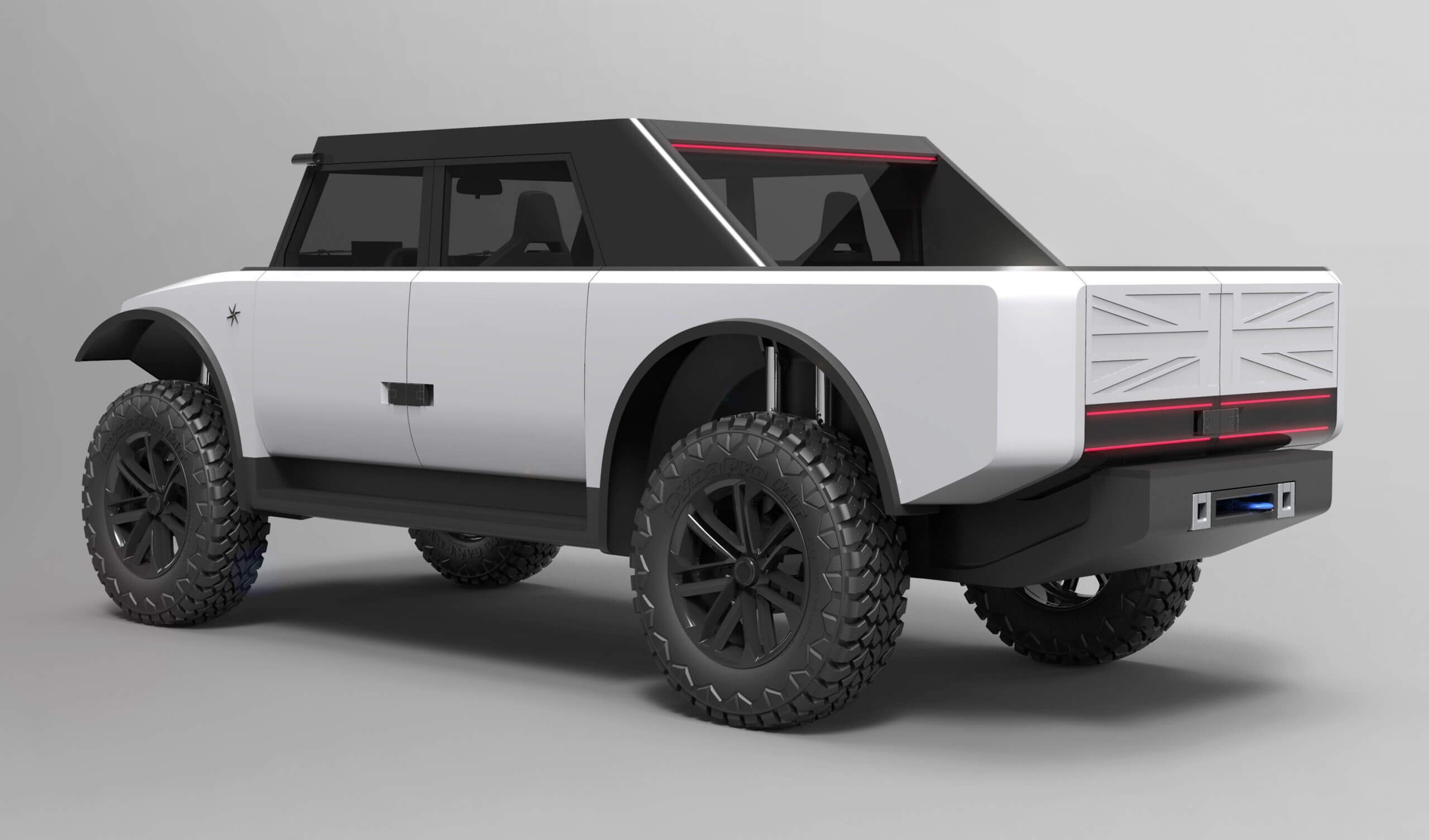 The all-terrain truck has a tiny 20-kWh battery pack made out of lithium titanate oxide cells with enough juice for only 50 miles (80 kilometers). Fering Pioneer, led by Ben Scott-Geddes, a McLaren F1 and Ferrari SF90 Stradale engineer, says the newly developed cells are better than the regular lithium-ion units as they’ve been engineered to withstand extreme weather conditions.

Ok, but only 50 miles of range? This is where the range-extending engine comes in, specifically a three-cylinder, 0.8-liter diesel engine. It feeds on biodiesel and permanently works at its most efficient level to generate the power necessary to run the two e-motors and charge the battery. 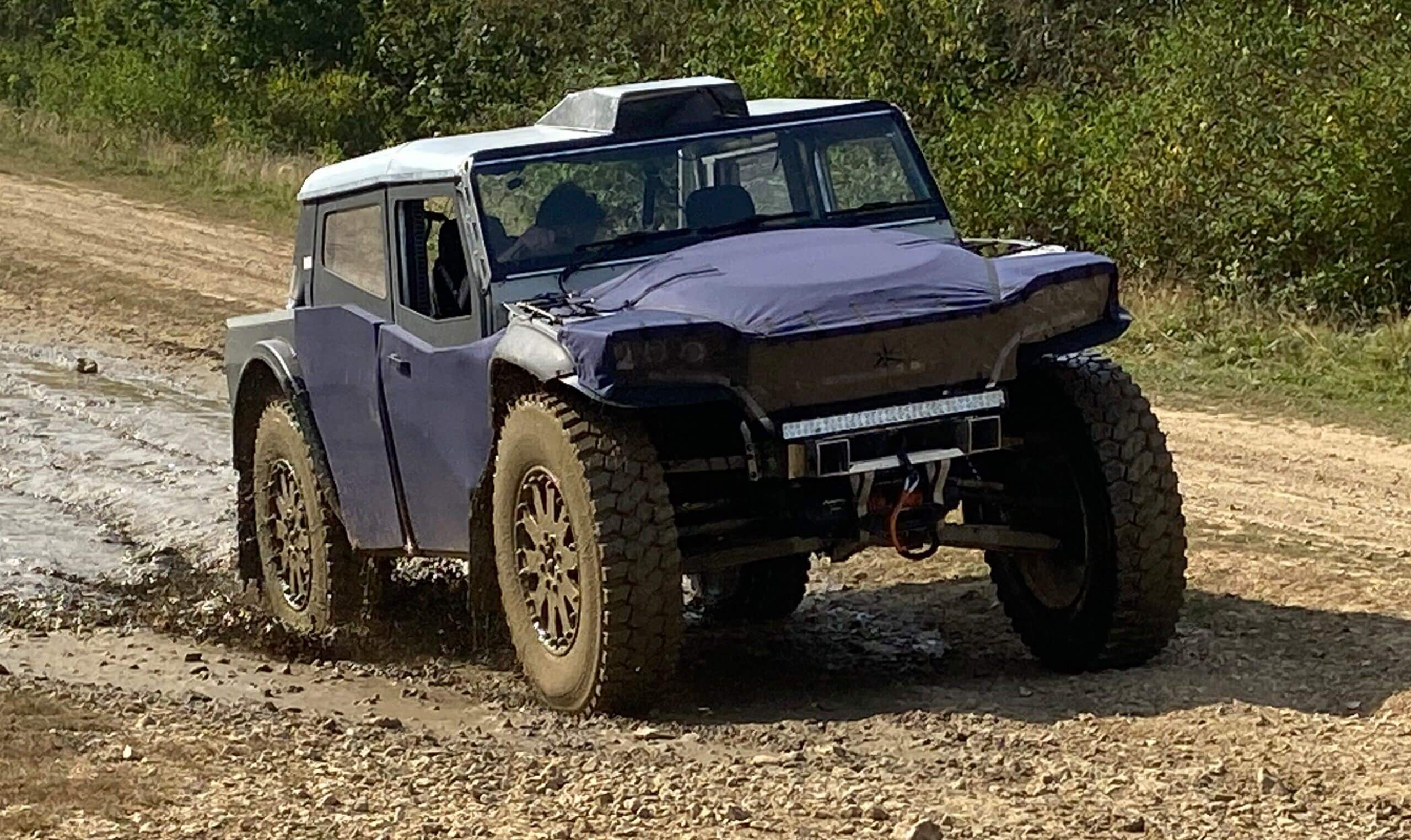 Thanks to the unusual powertrain, Fering Pioneer claims the FP1 can cover a whopping 4,349 miles (7,000 kilometers) before you’ll have to charge the battery and fill up the diesel tank. Speaking of which, the tanks can be swapped out for water tanks in the event the off-road truck embarks on a mission where water supply is not available. 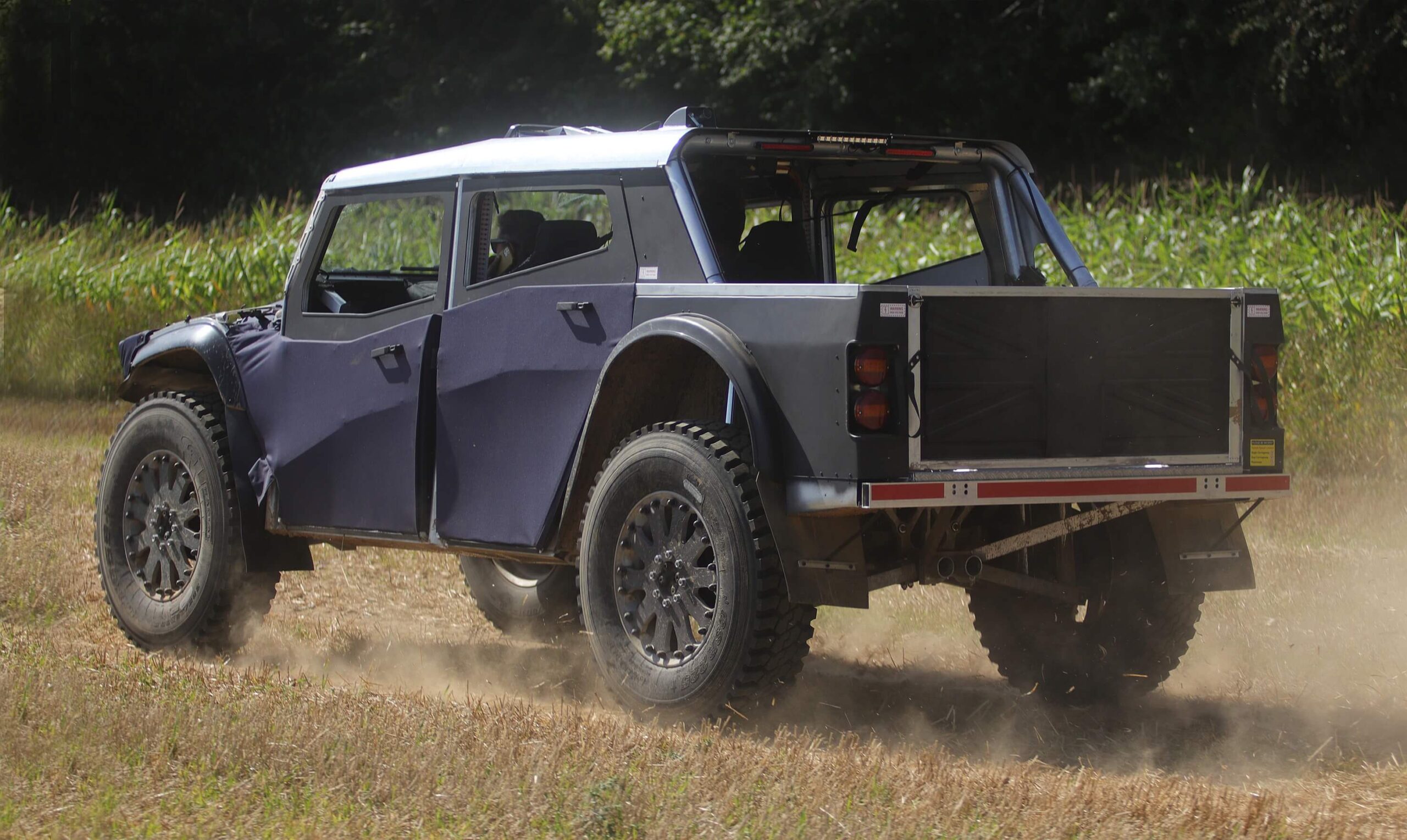 Fering Pioneer says the first FP1 prototype is currently undergoing testing ahead of series production programmed to kick off in the first half of 2022. 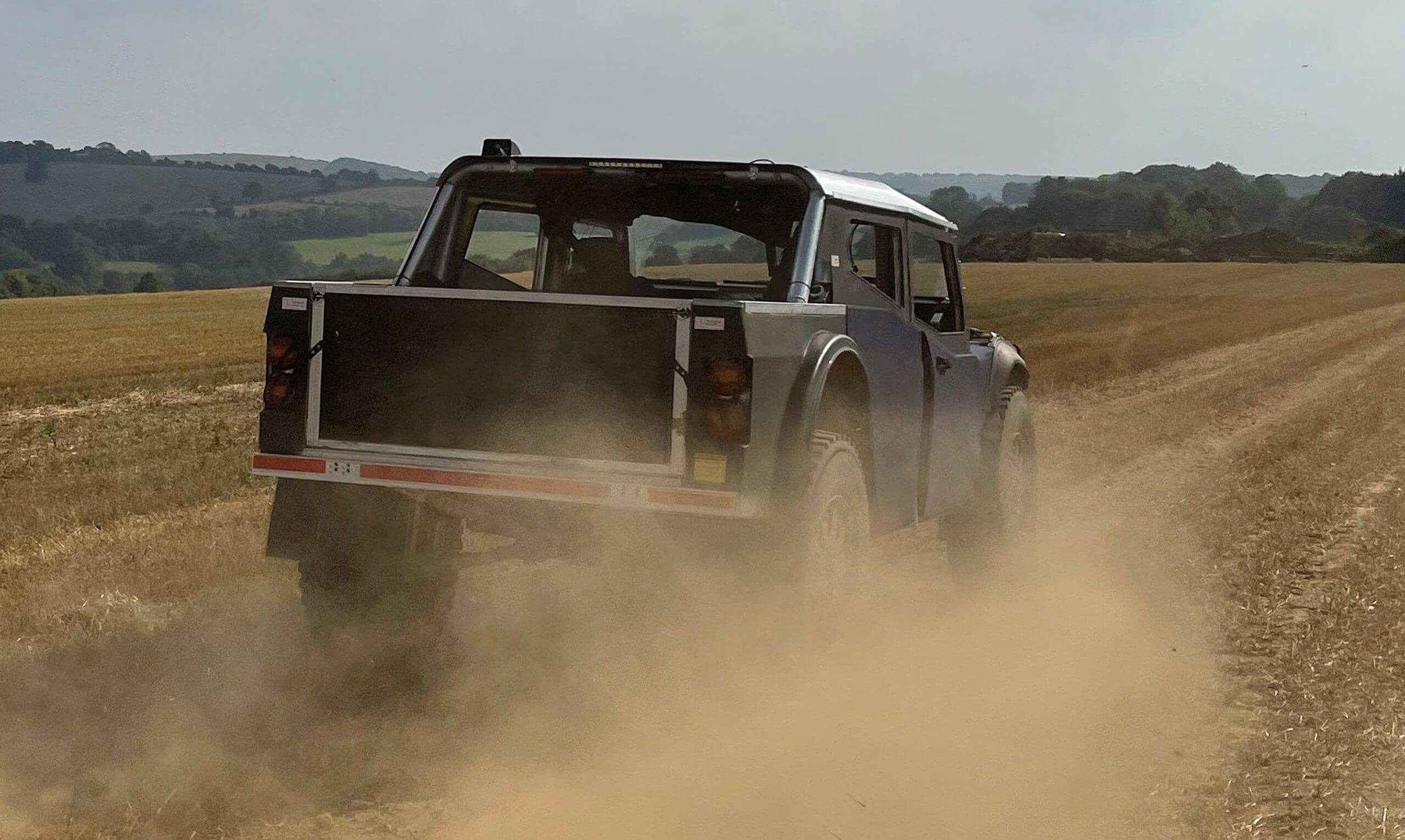