About a year ago, Mercedes took everyone by surprise by giving the EQC electric crossover a 4×4 makeover with portal axles and chunky tires. We haven’t heard anything about the unique creation since then, but now the spectacular contraption has been spotted out and about in German traffic. The wild electric off-roader was waiting at a stoplight as part of a Mercedes test fleet encompassing other prototypes.

The fact Mercedes is testing EQC 4×4² out on the open road is a bit puzzling as we had no idea the three-pointed star was willing to pursue this project any further. That said, we wouldn’t hold our breath for a production car since customer demand wouldn’t be strong enough to justify the development costs. It would ultimately be a niche electric SUV with an exorbitant price tag few would want to pay.

It’s also a bit too late in the EQC’s life cycle to spawn a derivative taking into account the next-generation model is likely less than two years away. In reality, the one-off creation could serve as a test mule, presumably for the EQG coming in 2024 as an all-electric take on the iconic G-Class. It’s only speculation on our part, but we don’t see the EQC 4×4² happening in the near or distant future.

As a refresher, the wild concept was based on the EQC 400 4Matic, but with the ground clearance more than doubled compared to the standard SUV, at no less than 11.5 inches (293 millimeters), besting even that of the G-Class. The 4×4² variant is 7.9 inches (200 millimeters) taller and has far better approach and departure angles, of 31.8 degrees and 33 degrees, respectively. 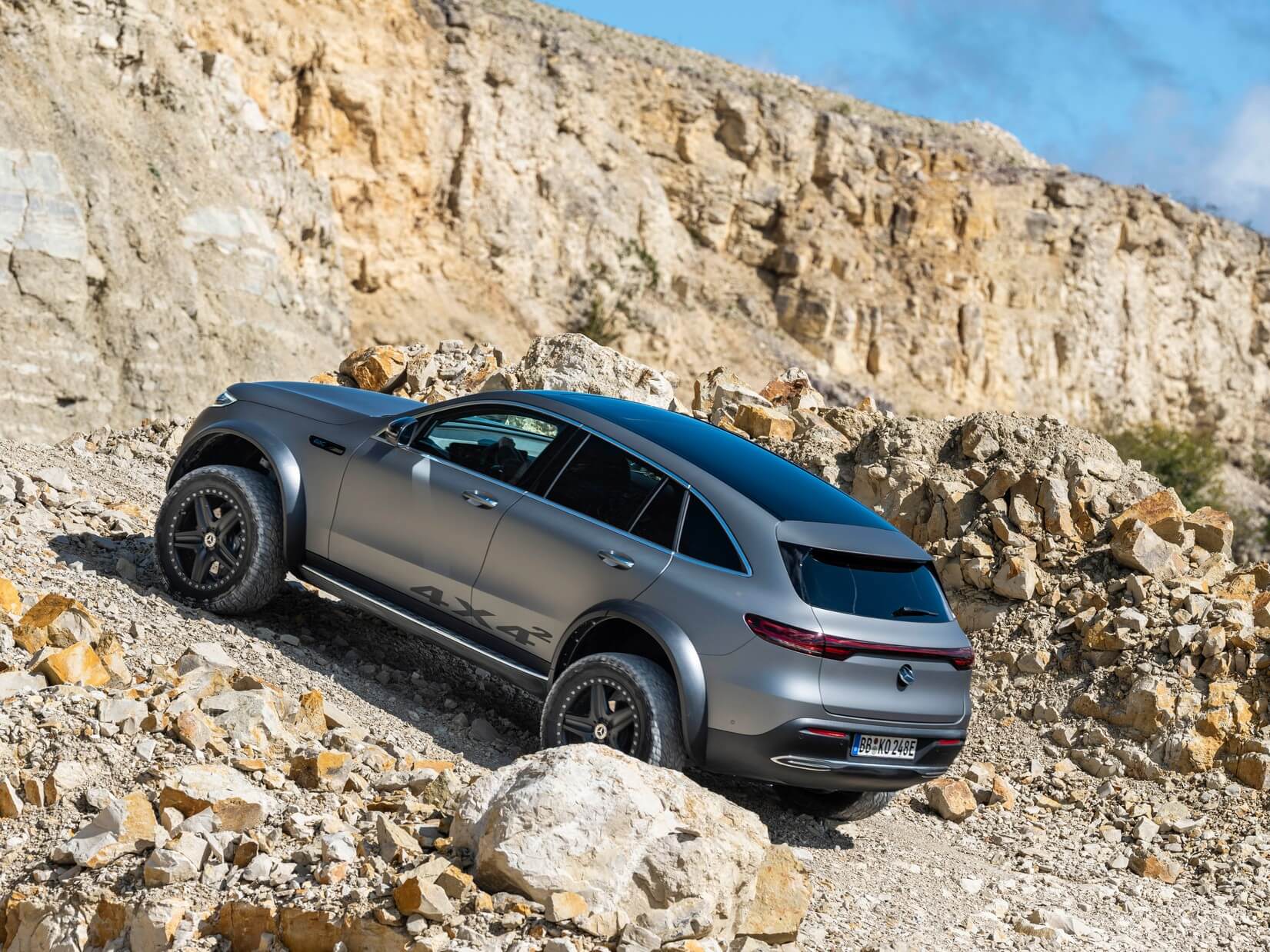 We will certainly be keeping an eye on this unconventional EV as Mercedes certainly has a reason to test the EQC 4×4² one year after unveiling it. Maybe some of the tech installed in the concept will be put to good use on a high-riding electric SUV, with our money being on the EQG.