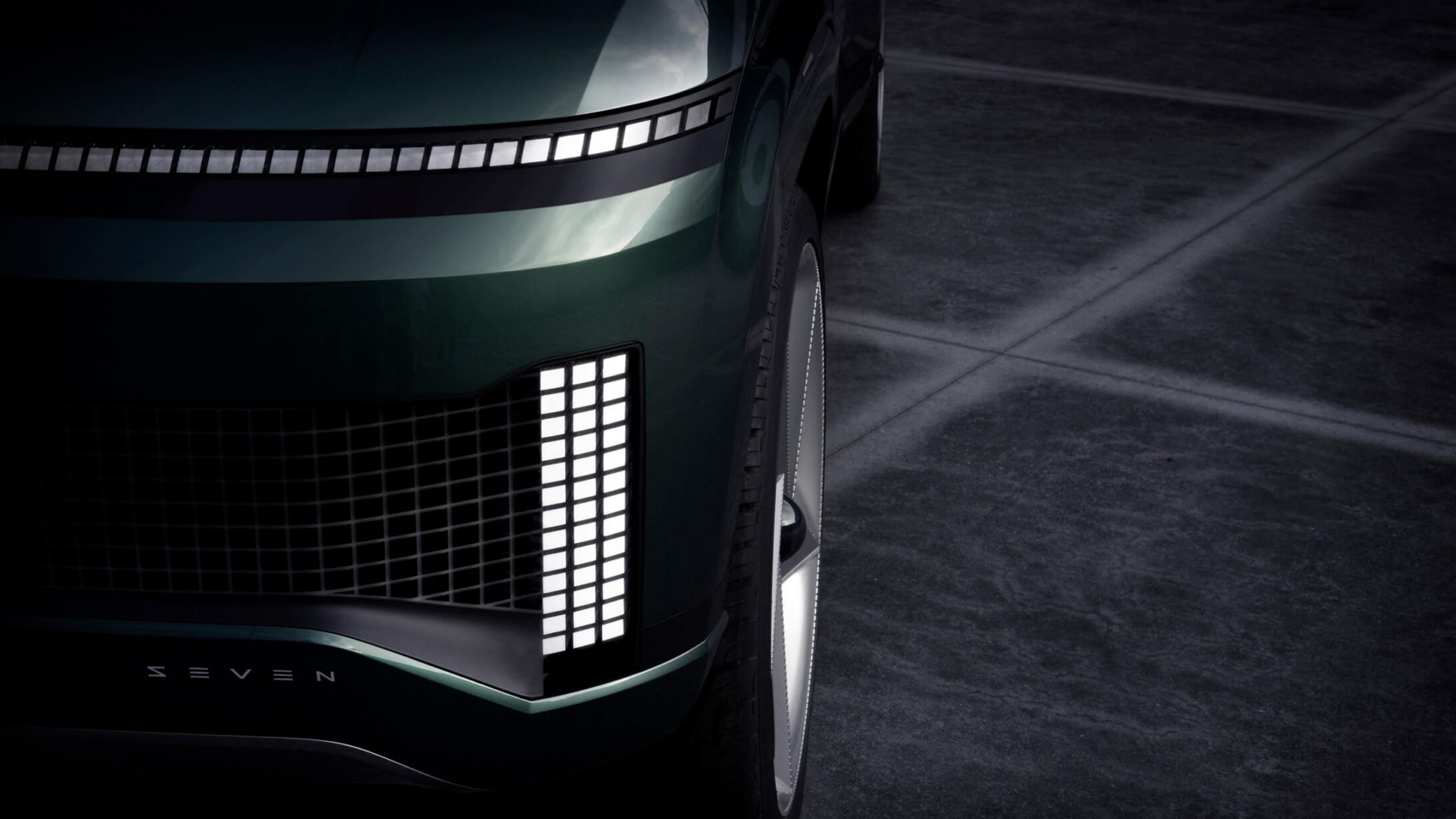 It was many moons ago when Hyundai originally teased the Ioniq 7, alongside the Concept 45 and the Prophecy. The former concept went on to become the Ioniq 5 production electric SUV earlier this year while the latter will morph into a road-going Ioniq 6 sedan with zero emissions in 2022. As for the Ioniq 7, it won’t arrive until early 2024. In the meantime, the South Korean brand is previewing the concept car with a couple of fresh teasers.

Officially known as the SEVEN (yes, written with all caps), the EV concept will premiere on November 17 on the occasion of the AutoMobility LA event. Hyundai is remaining tight-lipped regarding the specifications of its new electric vehicle, but it goes without saying it will be a larger SUV positioned above the Ioniq 5.

The two fresh teasers released today show a familiar yet futuristic interpretation of Hyundai’s Parametric Pixel design theme already seen on the Ioniq 5. The concept has a full-width LED light bar at the front, made out of many rectangles that extend from left to right. Lower in the bumper, there are three vertical strips of light-up squares to lend the front fascia a high-tech appearance. Look closer and you can also observe the “SEVEN” lettering illuminated in white. 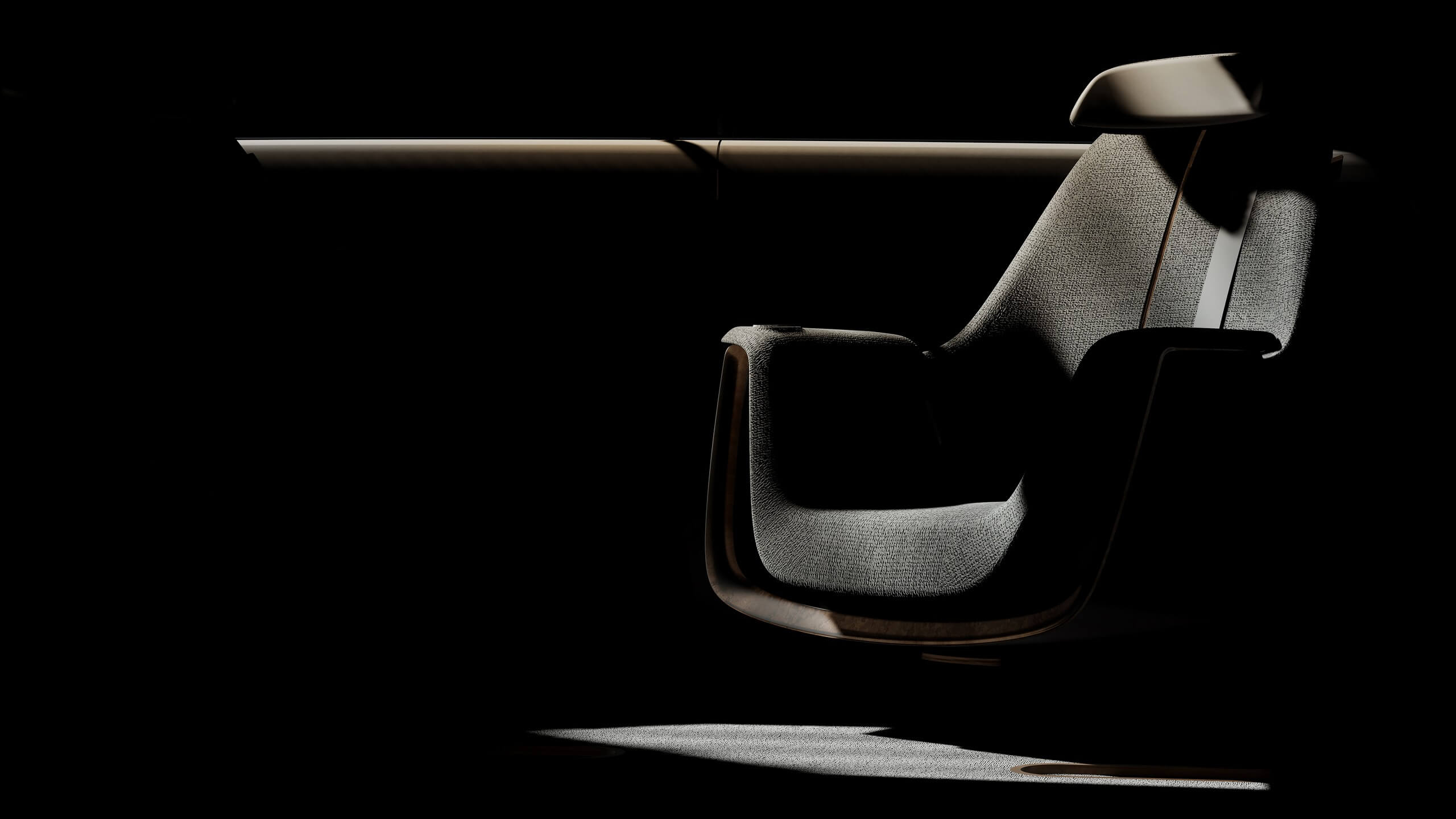 As for the other teaser, the fancy seat gives us the impression of a lounge-like interior, which could point out the electric showcar has a highly advanced autonomous driving system. Being only a concept rather than a production model, Hyundai has complete freedom to imagine the SEVEN as a driverless vehicle, but it remains to be seen whether that’s the case.

Taking into account the Ioniq 5 already has a generous wheelbase of 3,000 mm (118.1 inches), logic tells us the Ioniq 7 will be even more spacious on the inside and could therefore offer a third row. That would make sense as a way to differentiate the two models and justify the premium Hyundai will obviously command over the Ioniq 5.

Having a larger footprint, the Ioniq 7 is likely to carry a bigger battery compared to the largest pack available (77.4 kWh) in the midsize SUV. It will certainly need it given what will surely be a higher curb weight, necessitating more battery juice to ensure an optimal range between recharging. The beginning of 2024 is still quite far away, so battery tech could improve between now and then to extract more miles from the cells.

Much like the Ioniq 5 and Ioniq 6, the new electric SUV will also ride on the E-GMP platform dedicated exclusively to vehicles without a combustion engine. It will support fast-charging at up to 350 kW, which in the case of the smaller SUV, it replenishes the battery from 10% to 80% in only 18 minutes. In addition, the Ioniq 7 should also offer bi-directional charging, allowing owners to use the battery’s energy to power external devices.

We will have all the juicy details in two weeks’ time when the wraps will come off in Los Angeles. For now, Hyundai only says it’s a “sleek and spacious” electric SUV with an interior that “suggests a premium and personalized lounge ambiance,” adding the cabin benefits from “furnishings in sustainable materials [that] offer a refined, eco-friendly mobility experience.” 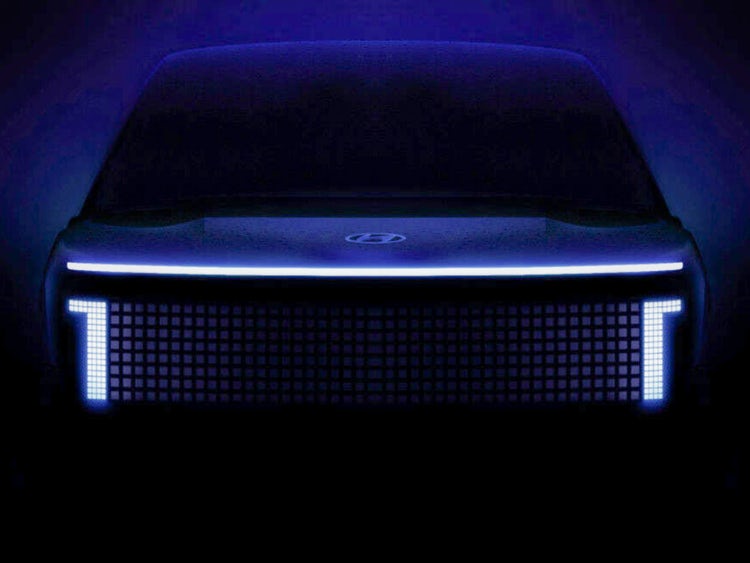