It was only a few days ago when Elon Musk announced the production-ready Cybertruck would retain the prototype’s yoke steering wheel and now Tesla’s head honcho has shared additional juicy details on social media. The all-electric pickup will initially come only in the quad-motor configuration as production is going to kick off only with the range-topping model.

Interestingly, Musk also disclosed another tidbit by saying the much-hyped Cybertruck will drive diagonally like a crab thanks to the implementation of a sophisticated four-wheel steering system. If that sounds a bit familiar, GMC is developing a similar Crab Mode for its Hummer EV. The company’s boss explained on Twitter the flagship variant of the utilitarian EV is going to boast “independent, ultra-fast response torque control of each wheel.” 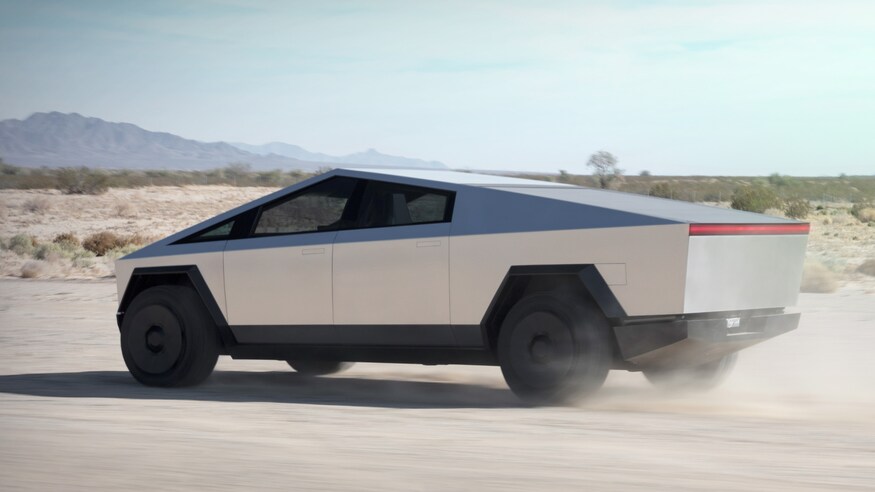 The announcement regarding a quad-motor setup comes as a surprise considering Tesla previously announced only single-, dual-, and tri-motor configurations. To be built at the Gigafactory Texas, rumor has it the Cybertruck base model might not come anymore with just one electric motor as the entry-level could already have a pair of e-motors.

These planned changes to the lineup are probably the reason why Tesla has essentially wiped out the configurator options for the Cybertruck on the company’s website. Keep in mind we are still about a year away from the moment production will finally commence. If assembly will indeed start in December 2022, the prototype will have been four years old by then.

The zero-emissions pickup has amassed no fewer than 1.2 million reservations thus far, which means lots of people are patiently waiting for the long-promised electric truck. The competition is not wasting time considering not just the Hummer, but also the Rivian R1T and the Ford F-150 Lightning. In addition, Chevrolet will unveil the Silverado EV at the beginning of next year at CES in Las Vegas.