After spending no fewer than 11 years with Ford, Ken Block switched teams this past September by announcing a collaboration with Audi. At that time, the two dropped some hints about an exciting bespoke electric vehicle, which has now been officially unveiled as the one-off S1 Hoonitron. It’s set to make its debut in an upcoming Elektrikhana (working title) video where it will be the main protagonist.

The wild EV goes by the full name of Audi S1 e-tron Quattro Hoonitron and as its name suggests, it takes after the legendary Audi Sport quattro S1 from the 1980s that triumphed in the grueling Pikes Peak Hill Climb event in ’87 driven by none other than Walter Röhrl. Its modern-day equivalent is completely electric and was developed in Neckarsulm where the RS E-Tron GT is assembled. The zero-emissions racer was styled by Audi Design, which had the huge task of paying respects to a rally legend in just four weeks from the first sketch to the final design. 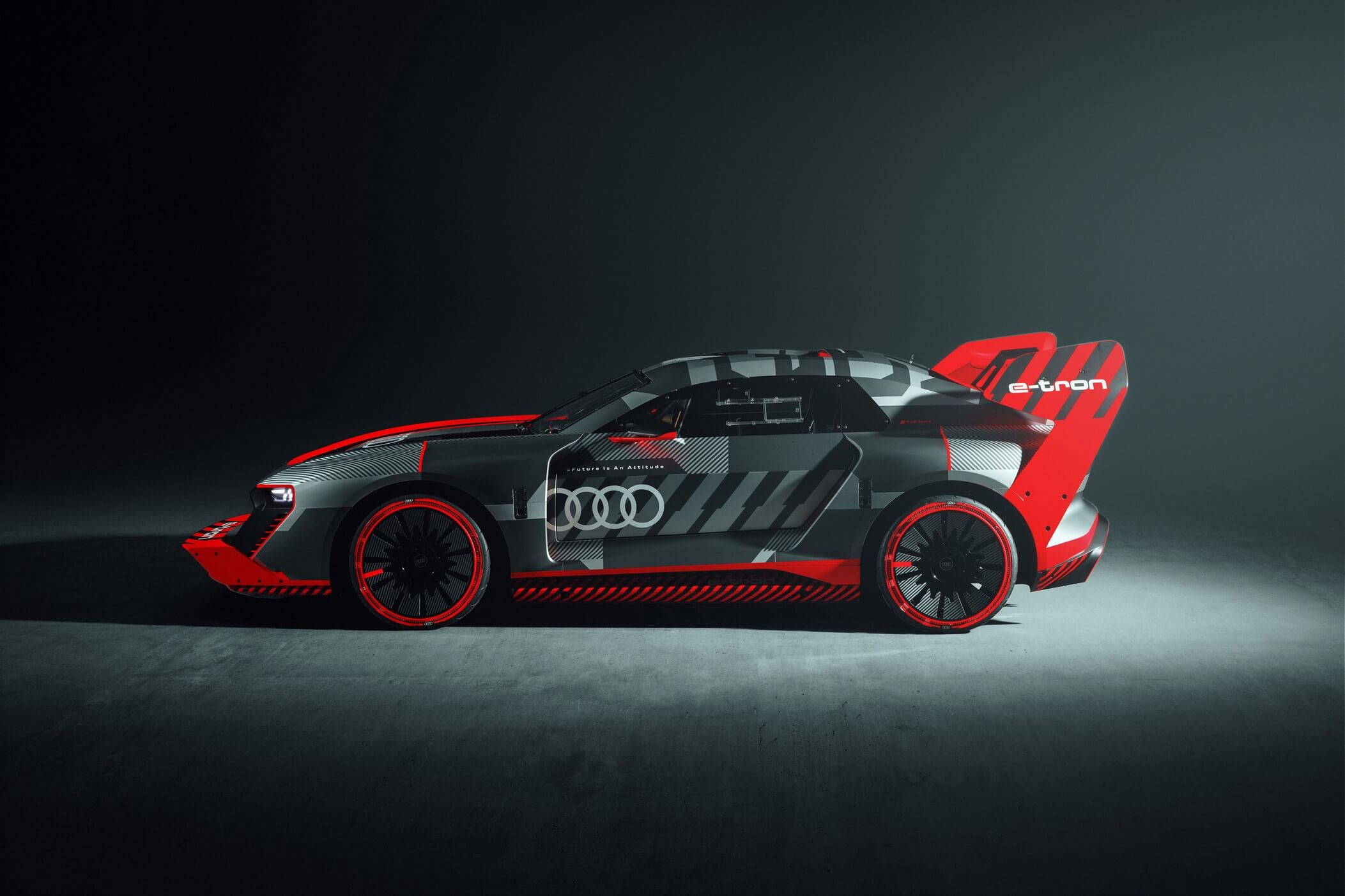 Although it’s not as boxy as its source of inspiration, the one-of-a-kind EV still bears a striking resemblance to its forebearer. From the chunky front wing to the massive rear wing and the side vents between them, they’re practically two peas in a pod, but with a modern twist for the e-tron. The electric interpretation of the legendary Quattro machine is dressed in the typical e-tron livery and a single windscreen wiper reminding us of the glory days of rallying.

While full technical specifications have not been provided, we do know it has dual electric motors to enable an all-wheel-drive system. In addition, the Four Rings go on to say the vehicle has a carbon fiber chassis to keep the weight low and has been developed to meet the full safety standards imposed by FIA. Being primarily built for drifting, it wouldn’t come as a big surprise the vehicle has a tail-happy nature with a rear bias to allow Ken Block to trash it around in his style.

Chances are bits and bobs from the RS E-Tron GT are hiding underneath the petite electric racer with its tiny wheelbase. Ken Block had the opportunity to take it out for a spin and managed to do donuts at 150 km/h (93 mph) straight from a standstill. Elektrikhana, the next video in the Gymkhana series, is currently in the works and we’re hoping it will come out sometime in 2022.