It was a matter of when rather than if, so we are not at all surprised Daimler has ended production of the Smart EQ ForFour. The all-electric city runabout was assembled in Slovenia at the Novo Mesto factory where the mechanically identical Renault Twingo Z.E. is produced. The French equivalent is also on its deathbed as the company with the diamond logo has already announced the new Renault 5 will replace it.

According to a report from Electrive, the two-door ForTwo together with its convertible version are still being made. The more practical ForFour exited the assembly line for good in December, but with no formal announcement made by Smart. As a refresher, the pint-sized EV was offered with a single electric motor producing 80 horsepower (60 kilowatts) and an instant torque of 160 Newton-meters (118 pound-feet).

The electric punch enabled the Smart EQ ForFour to reach 62 mph (100 km/h) from a standstill in 11.5 seconds and top out at 81 mph (130 km/h). Equipped with a small 17.6-kWh lithium-ion battery pack, the diminutive four-door hatchback can travel for up to 84 miles (135 kilometers) before running out of juice, per the WLTP test cycle. 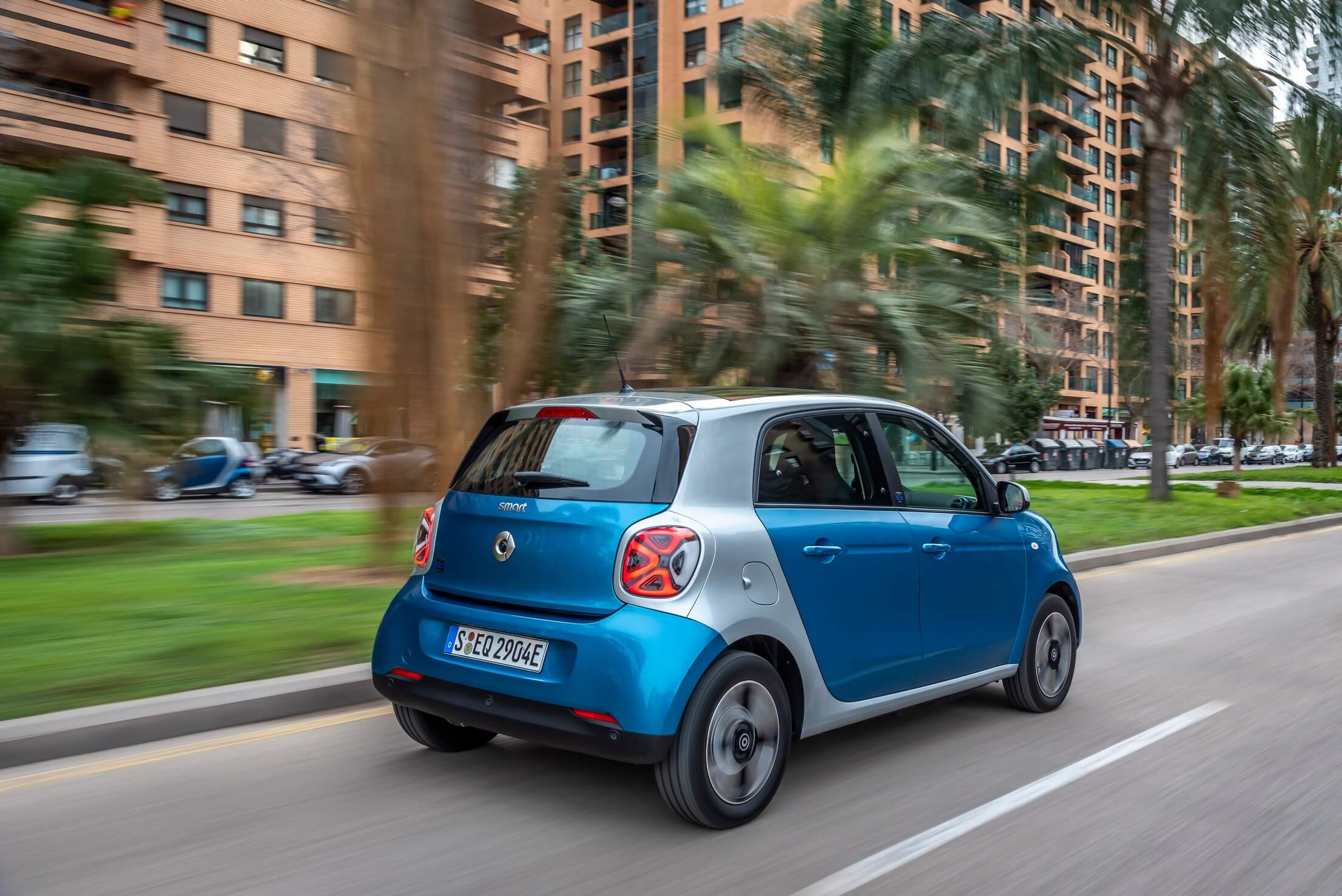 Smart – which is now a joint venture between Daimler and Geely – is hard at work preparing an all-new model. Previewed in September 2021 by the Concept #1, the EV will take the shape of a much bigger crossover to compete with the next-generation Mini Countryman coming in zero-emissions guise.

It will ride on Geely’s Sustainable Experience Architecture and should largely retain the concept car’s generous proportions: 4.29 meters (168.9 inches) in length, 1.91 meters (75.1 inches) in width, and 1.70 meters (67 inches) in height. It won’t have anything in common with the now-defunct ForFour as Smart is entering a new era thanks to Daimler’s 50:50 tie-up with the Chinese automaker.

The made-in-China Smart crossover will go on sale in the People’s Republic later this year before arriving in Europe.