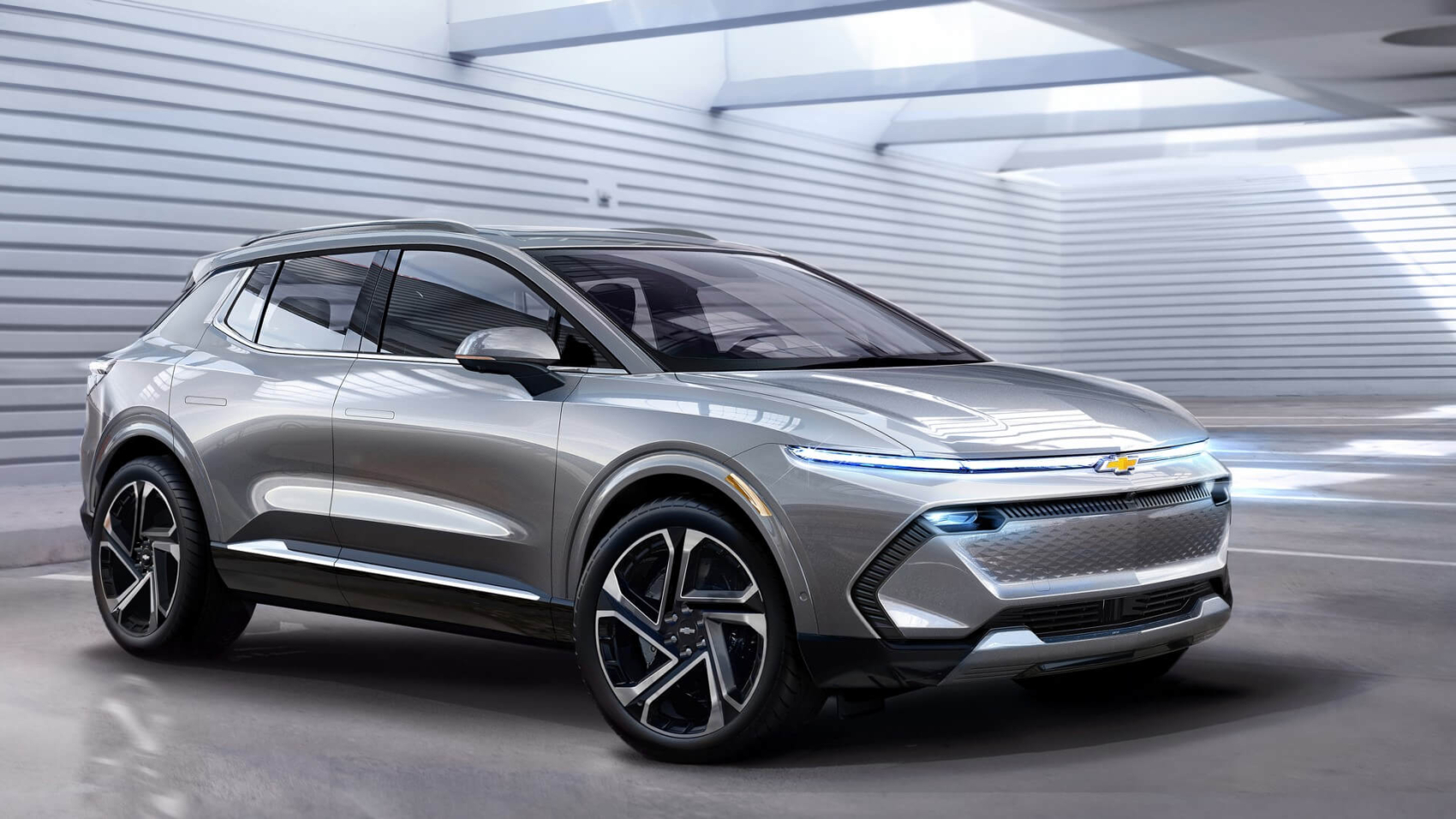 It certainly has been a busy day for General Motors and Chevrolet since after the 2024 Silverado EV reveal and the 2024 Equinox EV preview, a third electric model is now being announced. GM CEO Mary Barra made the surprise announcement about launching a Blazer EV while speaking at the company’s press conference at CES 2022 in Las Vegas.

While we have full details about the Silverado EV and some info regarding the Equinox EV, the Blazer EV is shrouded in mystery for the time being. All we know from GM’s head honcho is this: “Priced right with a high level of refinement and options, the Blazer SUV will also be available in 2023.” That said, we can safely assume it will be bigger than the all-electric Equinox (pictured here) given the positioning in the range of the gasoline-fueled models.

It’s going to cost more than the estimated $30,000 GM will be asking for the Equinox EV and we think it will also be significantly more expensive than the entry-level $33,400 Blazer equipped with a combustion engine. That “high level of options” statement made by Mary Barra suggests customers might be able to pick from several trim levels, battery packs, and possibly between one or two electric motors for two- or all-wheel drive.

Since we mentioned the battery, the Blazer EV could have a little bit more range to offer than the Equinox EV, but nothing is official at this point. It seems unlikely there will be major differences in terms of range between the two, so expect roughly 300 miles or at least higher than the 247-mile Bolt EUV. It remains to be seen whether it too will ride on the Ultium platform as the Equinox EV, Silverado EV, GMC Hummer EV pickup truck/SUV, and the Cadillac Lyriq.

Announcing these two new electric crossovers seems a bit too early since they won’t go on sale until later in 2023, but GM wants to make sure everyone knows it won’t be falling (too much) behind other automakers.