To say Volkswagen has extensively teased the ID. Buzz would be quite the understatement, and yet here we are, sharing another official preview of the Microbus’ revival. The electric people-mover will finally break cover on March 9, so there’s plenty of time left for the peeps from Wolfsburg to generate more buzz (pun intended) around the EV.

In a YouTube Shorts video, the 2023 ID. Buzz still stubbornly carries the colorful livery on its boxy body. That said, we can see the headlight design in full, complete with the wide LED light bar bisected by the VW logo. Its front bumper design also caught our attention due to its numerous honeycomb elements and a fairly large center-mounted radar sensor for the driver assistance systems.

Other details that make a brief appearance in the short clip include the puddle lights and illuminated door handles, while the turn signals can also be seen for a split second. Logic tells us VW will initially introduce the passenger version before coming out with the cargo derivative that won’t come to the United States.

It sadly won’t look as sleek as the namesake concept from January 2017, but that’s to be expected since production models rarely match the interesting designs of the showcars before them. We are curious to find out what sort of drag coefficient the ID. Buzz will have given its tall roof and angular shape that will certainly have a negative impact on aerodynamic efficiency. It will have aero-optimized alloy wheels, and those should help by unlocking a few extra miles of range. 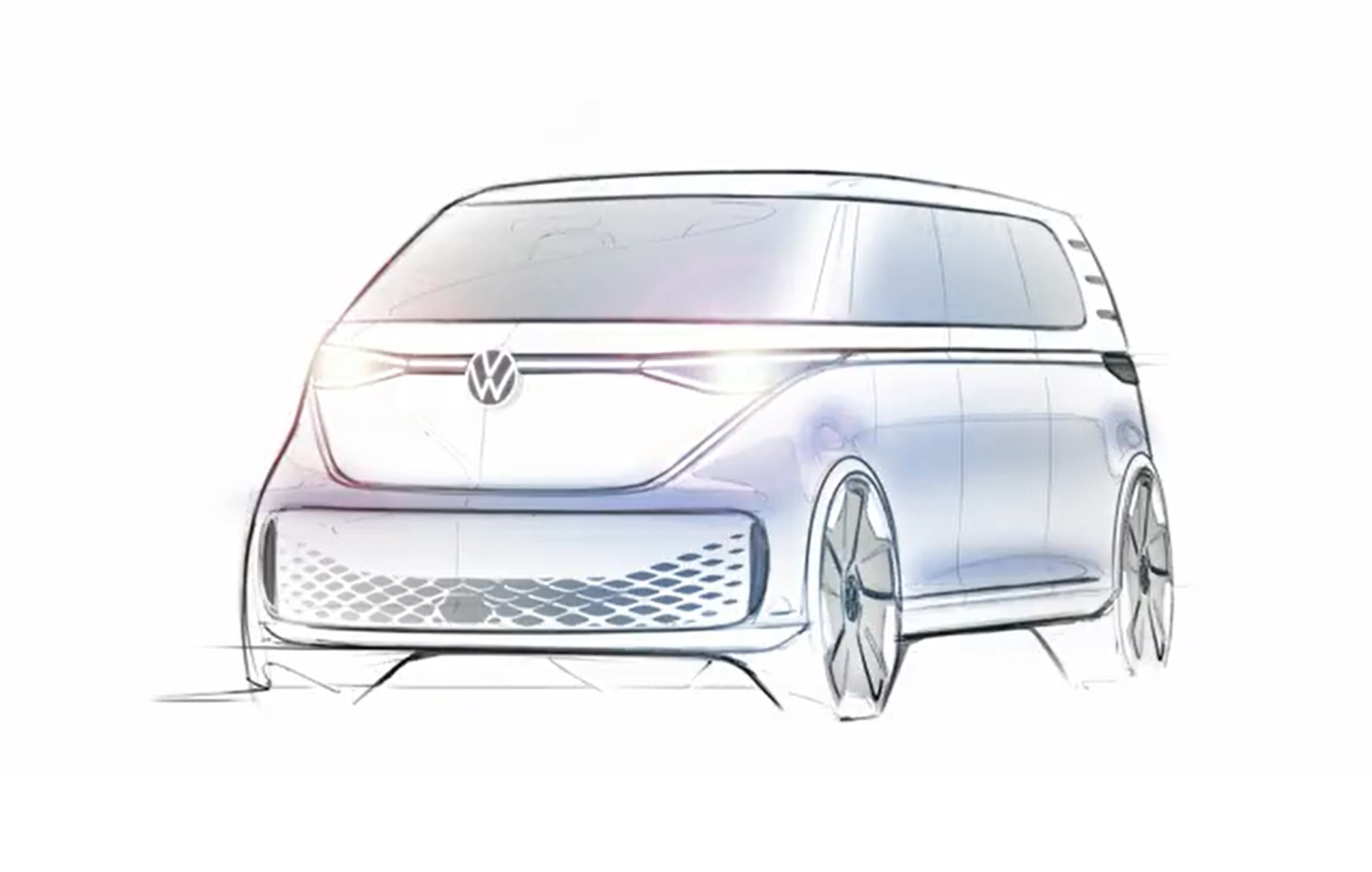 To be built in Hannover by Volkswagen Commercial Vehicles, the electric van is set to enter production later this year and will initially go on sale in Europe before the end of 2022. It will share the MEB platform with the ID.3 through ID.6 models and should come with a rear-wheel-drive layout and a single motor for the base version. More expensive trim levels will add a front electric motor to enable AWD and up the power ante from around 200 to 300 hp in the same vein as the ID.5 GTX.

In the long run, a fully autonomous variant will arrive in 2025 for ride-hailing services.

Previous articleChrysler to launch three electric SUVs by 2028
Next articleNissan Silvia coming back in 2025 as electric sports coupe: Report