Subaru is keeping itself rather busy these days in Japan at the Tokyo Auto Salon where the Solterra STI concept is joined by another electric showcar with Subaru Tecnica International branding. This one is far more exciting as it takes the shape of a fully fledged hypercar packing no fewer than four electric motors and a rear wing likely visible from the moon.

The STI E-RA is a low-slung coupe with a massive roof scoop and a giant front splitter that could easily double as a snowplow. At the back, it’s impossible to miss the gargantuan diffuser and the STI badge illuminated in red to go along with the rest of the body accents finished in the same traditional hue used by Subaru’s in-house performance division. 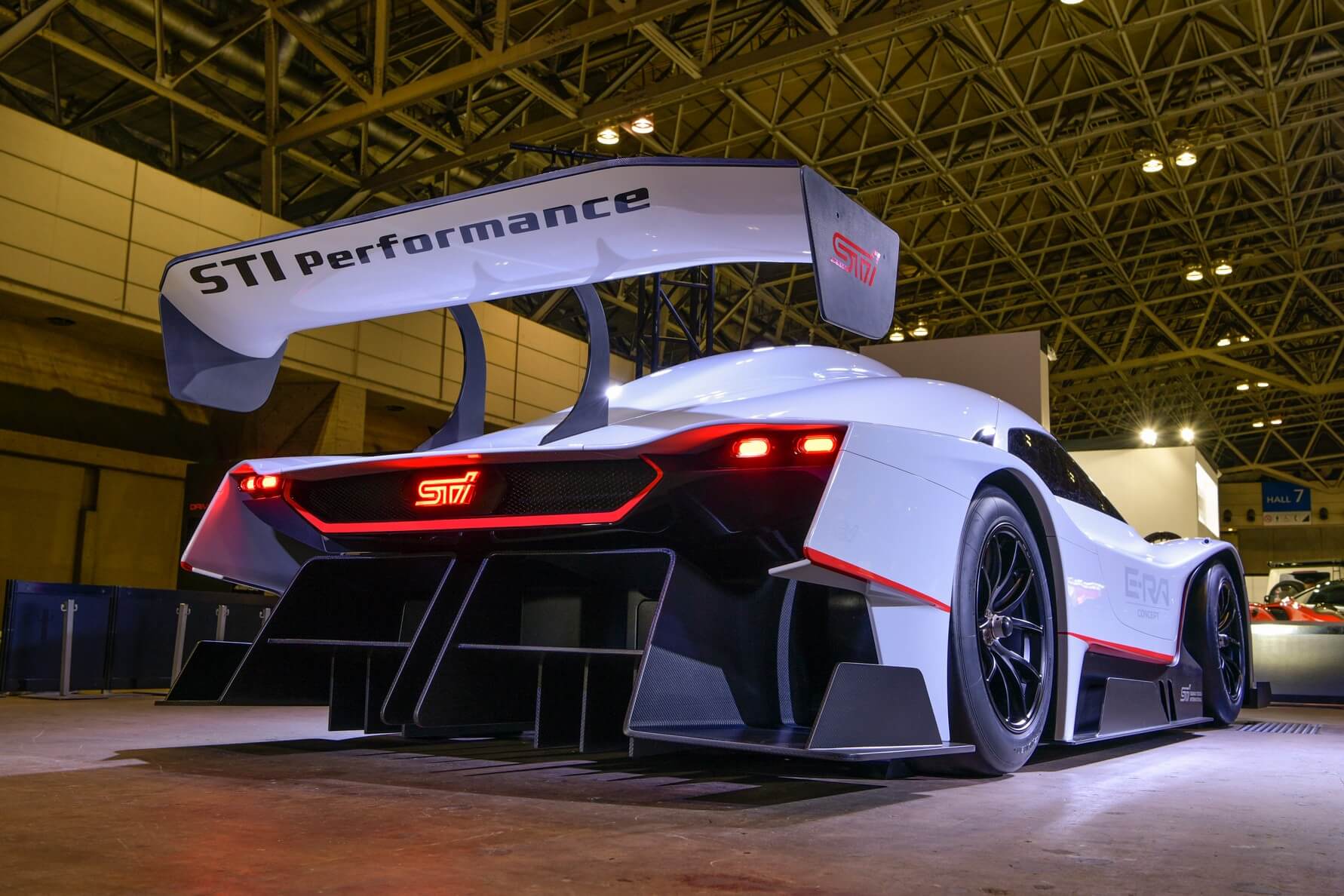 At the heart of the speedy concept are those quad motors we mentioned earlier, developed by Yamaha. These produce an astounding combined output of 800 kilowatts, which works out to 1,073 hp channeled to both axles. The e-motors get their juice from a lithium-ion battery pack with a capacity of 60 kWh. Although it’s only a concept for now, Subaru is planning to take the STI E-RA to the Nürburgring next year and try to complete a lap of the Green Hell in only six minutes and 40 seconds.

One can only dream of a road-legal production hypercar to serve as STI’s flagship model, but Subaru isn’t saying anything about the prospects of selling the STI E-RA and its centerlock wheels to the public. The concept is more along the lines of what’s to come in the exciting world of motorsport once more and more competitions will abandon the internal combustion engine.

Concepts like this one give us hope racing will remain exciting in the electric era, albeit nothing will ever come close to the raw noise delivered by a race-spec gasoline engine.