Another day, another teaser for the ID. Buzz. This time around, Volkswagen Commercial Vehicles previews the much-hyped electric van out on the streets as well as in a digital environment. We’re looking at a pre-production version with virtually all of the final bits and bobs in place prior to the world premiere scheduled for March 9.

In the meantime, journalists have been invited to get behind the wheel of prototypes for a camouflaged pre-drive scheduled to take place next month in Barcelona. They’ll all be driving these colorfully disguised vans to get a first taste of what VW has said will be its most emotional EV to date. The cheerful box on wheels shows has been a long time coming seeing as how the concept is already five years old, having been revealed in January 2017 at the Detroit Auto Show. 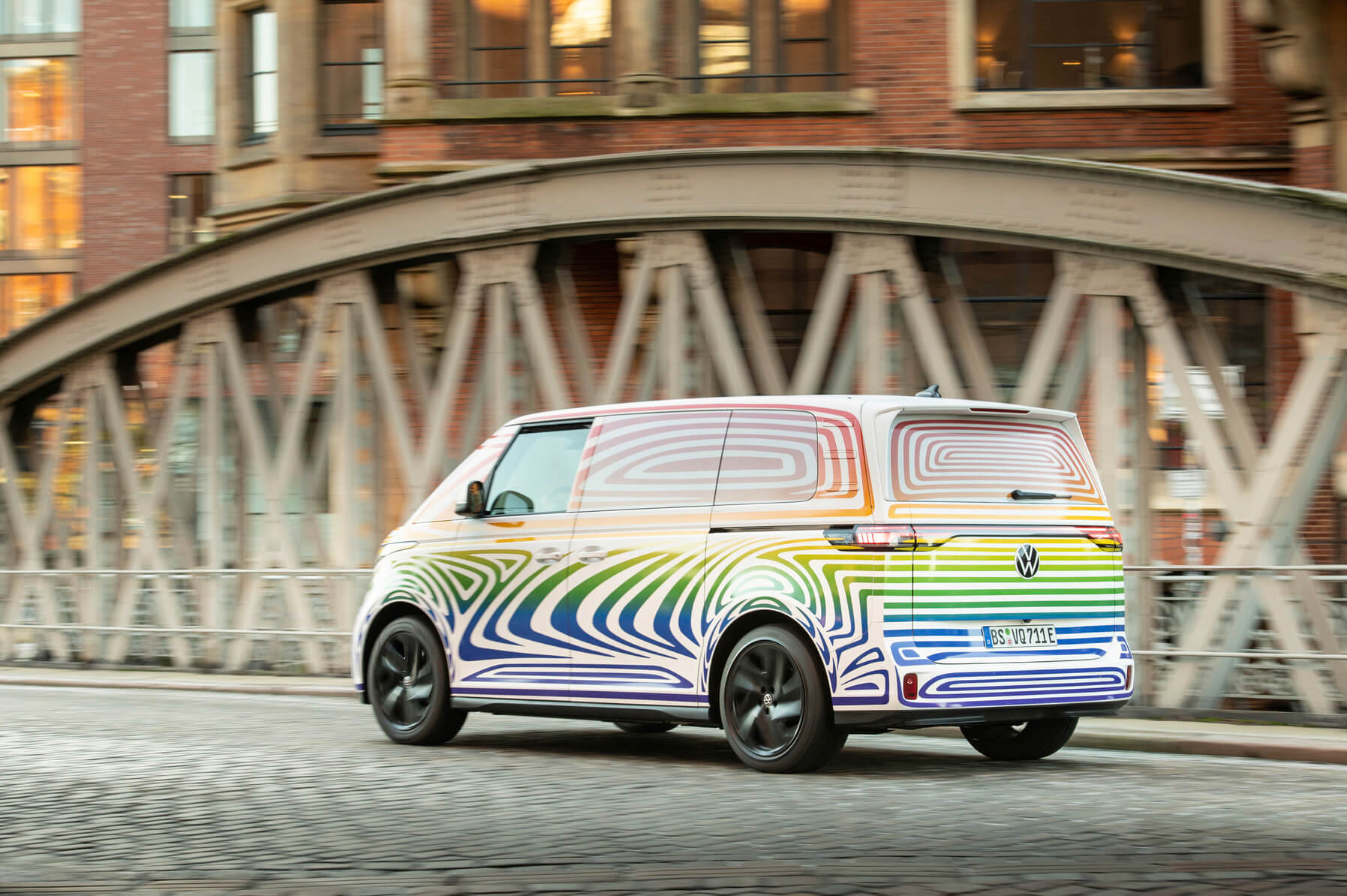 With the camouflage being so thin, it doesn’t actually hide much. We can easily see the ID Buzz will have LED light bars at both the front and rear fascias. Other visible traits include the sliding rear doors you would expect from a van, along with the typically short overhangs of a dedicated EV. VW keeps teasing the passenger model, likely because the commercial version due to be offered in Europe will go on sale slightly later.

With a largely closed-off “grille” and aerodynamic wheels, you can easily tell we are dealing with an EV. It will be interesting to find out its drag coefficient given the upright rear end, while those chunky mirrors will certainly hurt the airflow. The rear lights are quite slim in relation to the sheer size of the tailgate, which will make it easy to load and unload cargo.

Following the release of the passenger and commercial versions, VW will diversify the lineup around 2025 by launching a camper version dubbed California. In the meantime, expect the regular ID Buzz to be offered with a couple of wheelbase configurations, with the US-bound van likely getting the longer model.