If you’ve been patiently waiting for Volkswagen to improve the ID.4 in the United States, we have some great news to share. The transition to the 2022 model year brings a significant boost in range for the rear-wheel-drive Pro model. The electric crossover can now cover an EPA-estimated 280 miles, which is up by 20 miles compared to the previous model year.

There’s also the ID.4 Pro S, which is still RWD but returns a slightly lower 268 miles of range since it’s a bit heavier due to the additional standard equipment. Those in need of all-wheel drive should know the AWD Pro will cover 251 miles between charges while the AWD Pro S is the least efficient of all, with an EPA-estimated 245 miles of range.

Regardless of choice, all 2022 VW ID.4 models in the US share the lithium-ion battery pack with a gross capacity of 82 kWh. The new model year brings an improvement as far as charging is concerned since owners will be able to “fill up” the battery at 135 kW. That’s 10 kW more than the 2021MY. Bundled with every purchase are three years of free and unlimited 30-minute charging sessions at Electrify America DC.

See also  How much does it cost to charge an electric vehicle vs. gasoline car 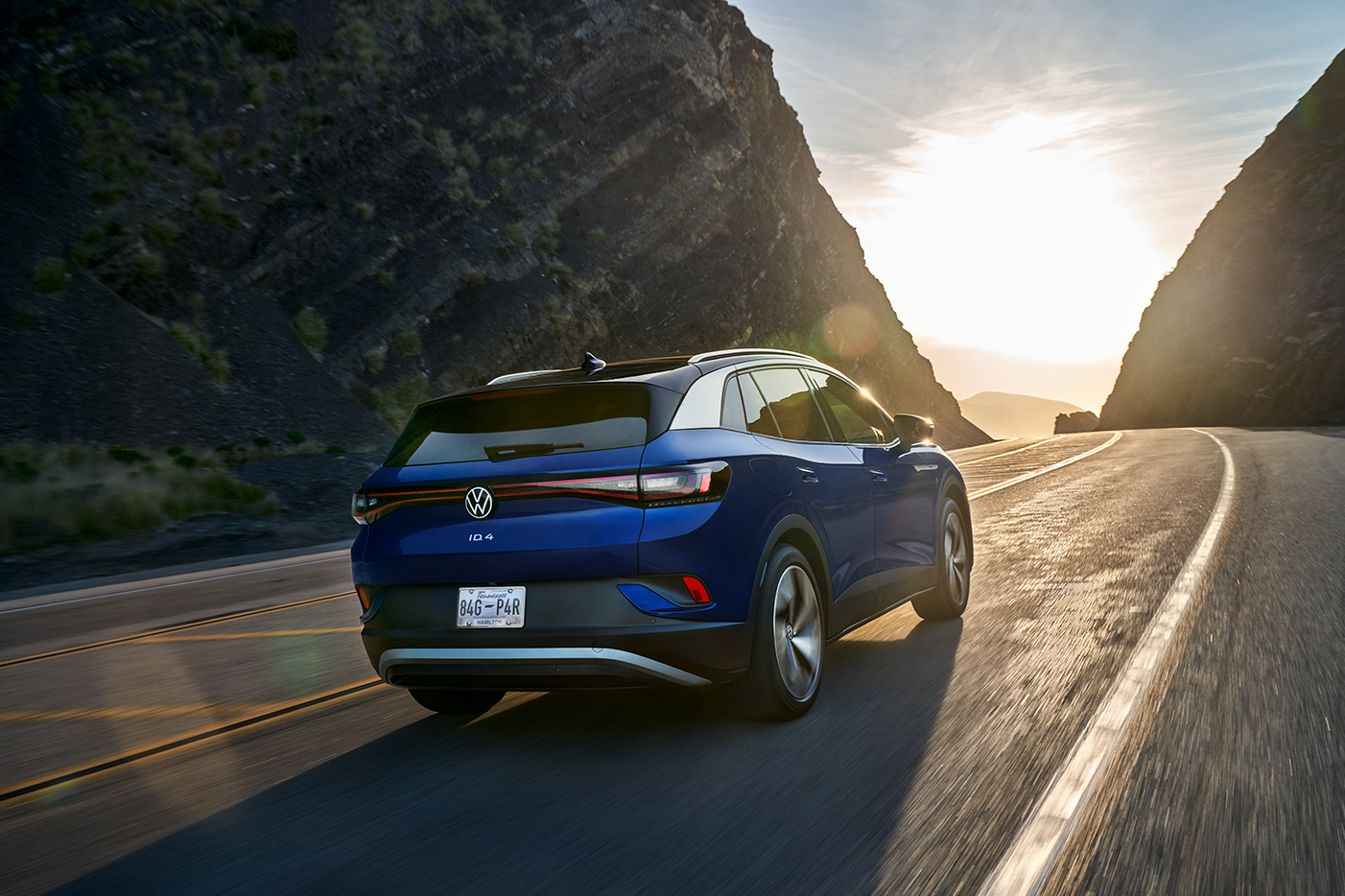 There are currently approximately 3,500 chargers in Electrify America’s network, with the number to grow to 10,000 in the US and Canada by 2026. VW recently announced an OTA update for all ID models equipped with the bigger battery that will unlock bidirectional charging later this year. It won’t have a vehicle-to-vehicle functionality since the battery’s juice will only power household appliances or tools rather than another EV.