Obviously, the BMW iX1 is based on the third-generation BMW X1, which also just debuted. While that means the iX1 is still based on a conventional chassis, and not a bespoke EV architecture, BMW’s new FAAR front-wheel drive platform was developed with electrification in mind. Plus, its front-wheel drive layout offers more space for a battery pack in the floor than a rear-drive layout, while also providing more passenger space. 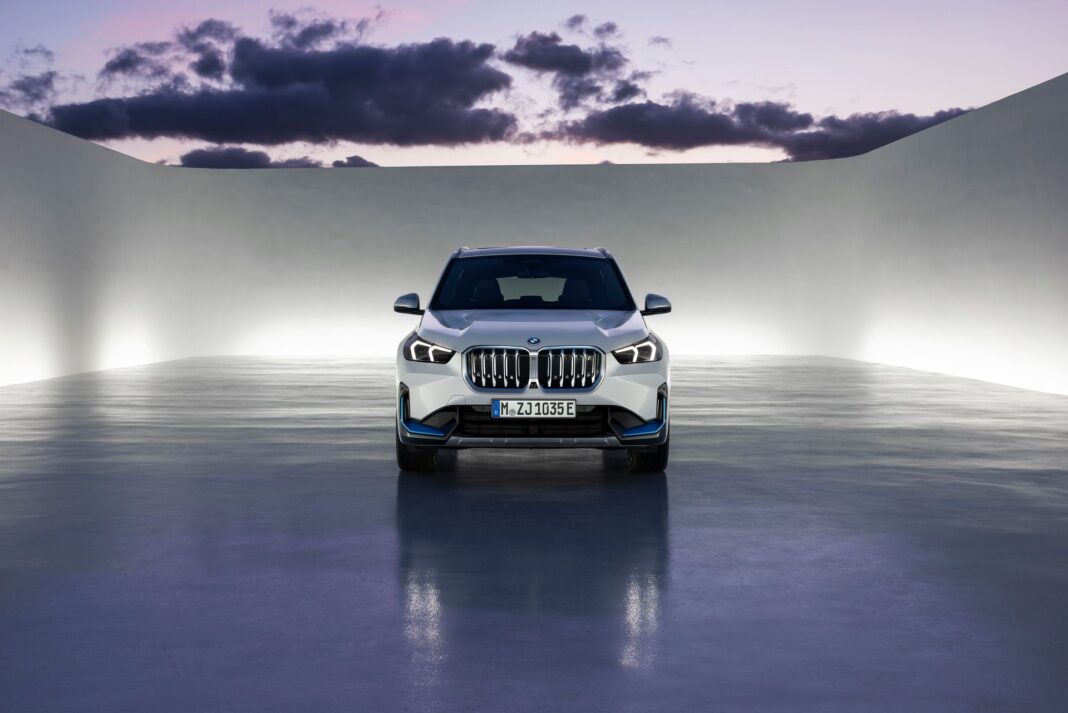 Interestingly, the BMW iX1 lacks the charge speed of its older, more expensive siblings. Both the BMW i4 and iX can charge at 200 kW but the iX1’s max charge speed is just 130 kw. Although, due to its small-ish battery pack, it can refill its battery relatively quickly, even without hyper-fast charging. At that 130 kW charging speed, BMW claims 10-80 percent state of charge can be replenished in 29 minutes. Or, if you’re in a pinch and pressed for time, it will recharged 75 miles worth of driving range in just ten minutes, while charging at top speed. 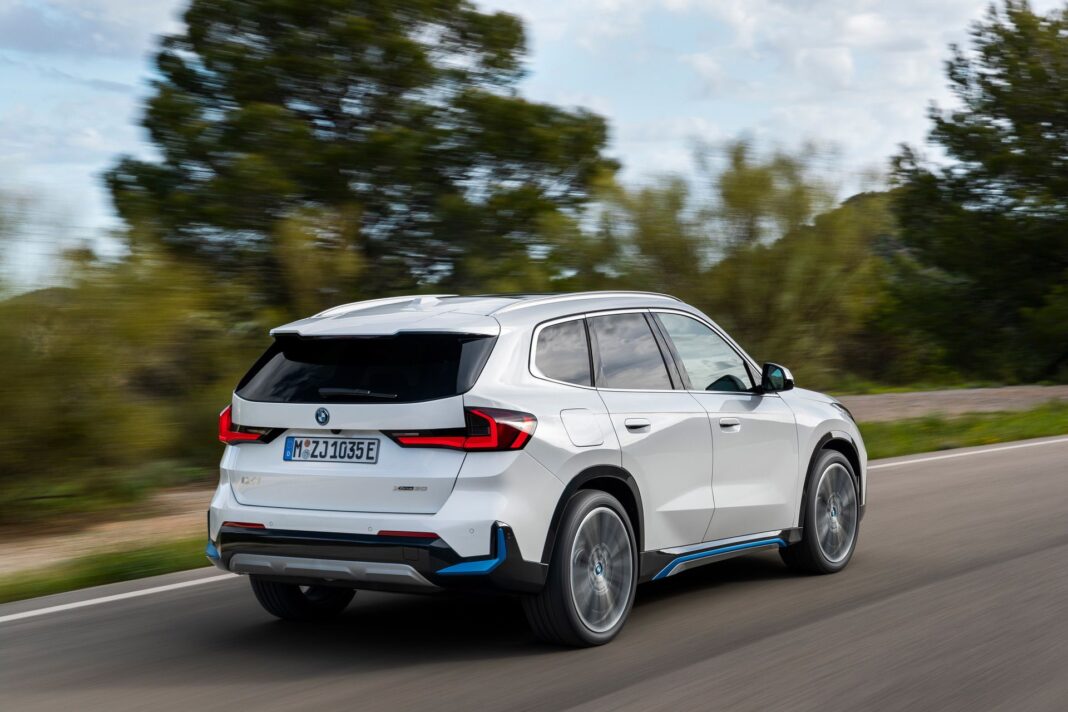 Visually, there isn’t much different about the BMW iX1, versus the standard X1. It looks identical from the outside, save for a couple of blue highlights. However, that’s likely going to turn out to be one of its strongest attributes, as customers will be able to simply choose their X1 powertrain of choice and not have to choose between different designs. The familiarity to the standard X1 will also give new customers an easier transition into electric vehicles. 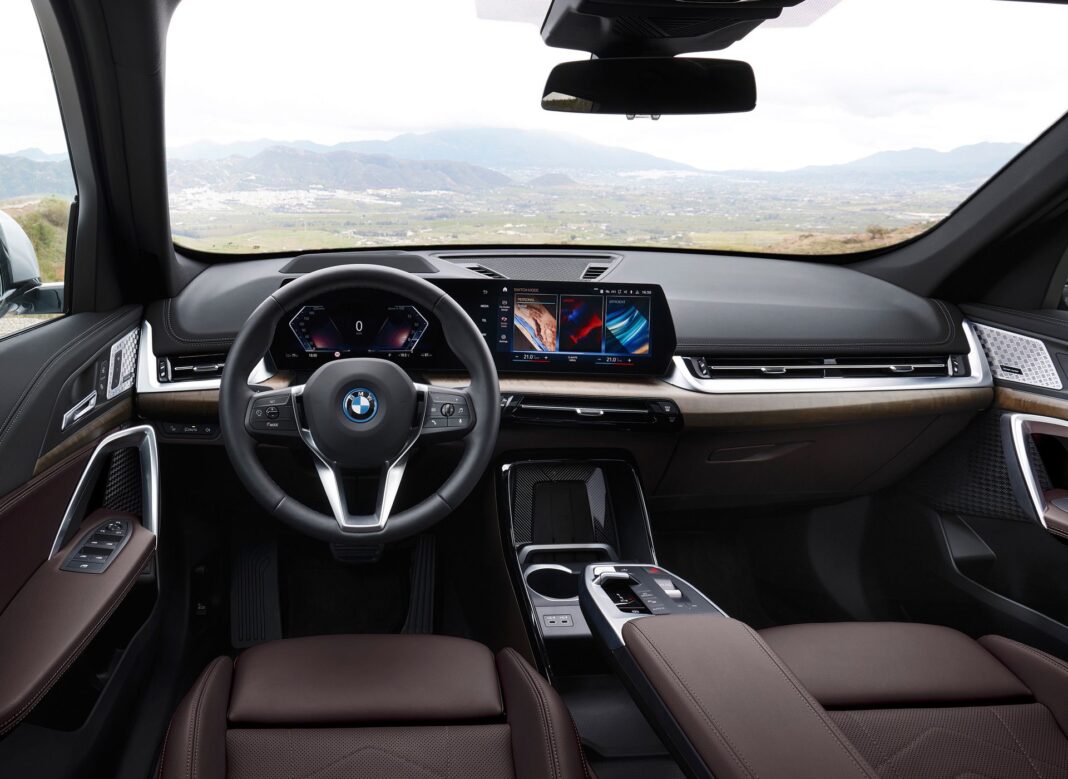 Inside, the BMW iX1 is again quite similar to its standard X1 sibling though, again, that’s not a bad thing. The design is open and spacious, with an emphasis on practicality and ergonomics but it isn’t to drab. In fact, it’s a smart looking, premium interior with some really nice touches. For instance, the metal bottom spokes on the steering wheel are sculpted nicely, the way the wood trim wraps around the dashboard to meet the door trim is lovely, and the checker board-pattern on the speaker grilles looks cool. I also really dig the cantilevered arm rest, a la BMW iX. Except the cupholders are far better placed in the iX1 than in the iX.

Pricing for the BMW iX1 will start at 55,000 euros in Germany. Sadly, the iX1 won’t be coming to America.