Following the unveiling of the Hyundai Ioniq 5 and Kia EV6 earlier this year, Genesis is introducing its own dedicated electric crossover based on the same E-GMP platform. It looks vastly different than its mainstream siblings as the zero-emissions SUV is going for the coupe-like look with a heavily sloped roofline.

It rides on some snazzy wheels and benefits from pop-out electronic door handles to boost the vehicle’s aerodynamic efficiency and enable a cleaner side profile at the same time. Speaking of which, the silhouette has been made less cluttered by replacing the bulky side mirror caps with tiny cameras. However, those are only legal in certain countries, so in reality, the Genesis GV60 will have traditional mirrors in most markets. 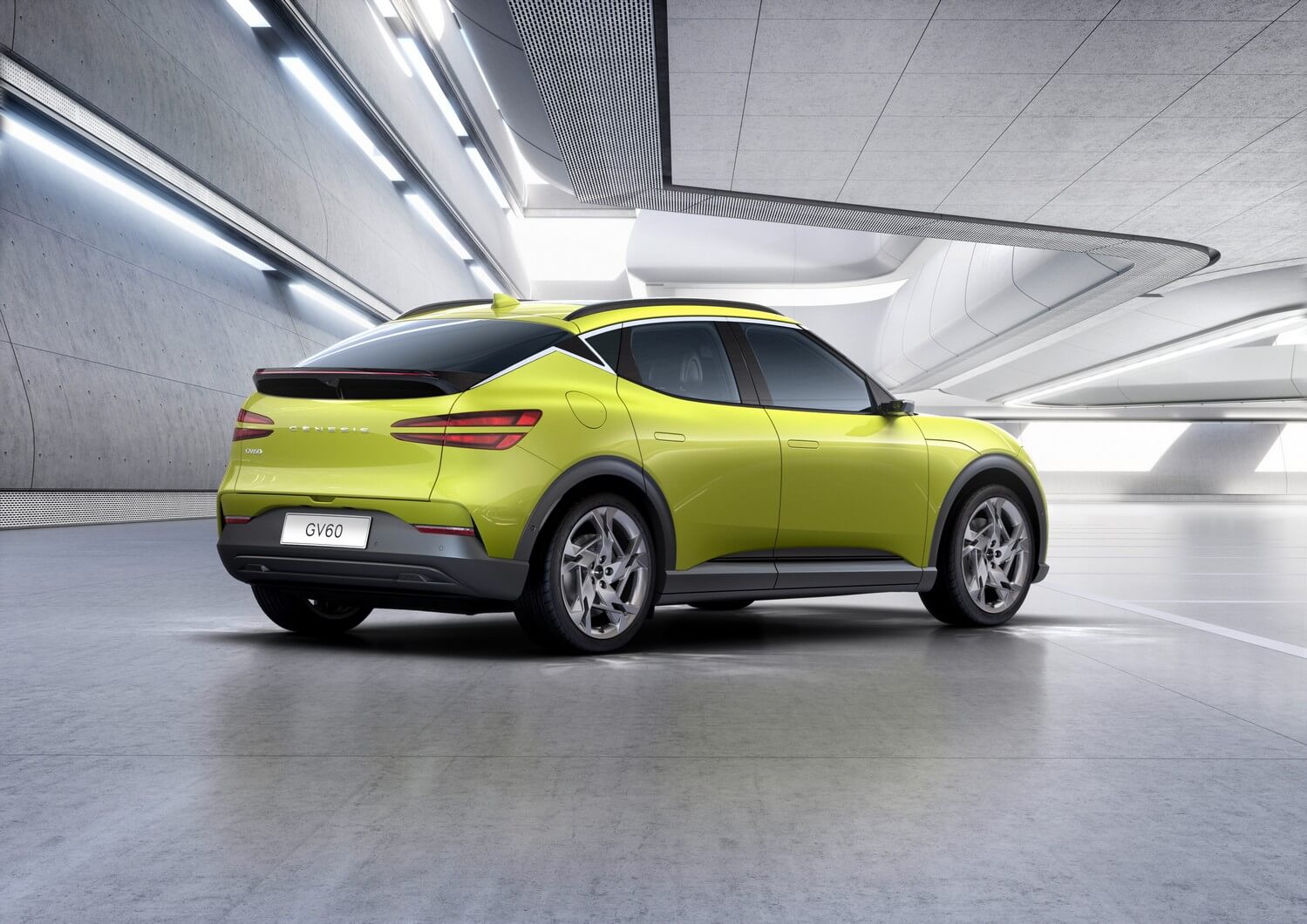 Those who are familiar with Genesis’ “Two Lines” design motif will likely immediately notice the now familiar split headlights and taillights shared with the company’s latest models. The corporate Crest grille has been positioned remarkably low, while the new emblem adorning the frunk has been slimmed down by nearly 80% compared to the badges the other models wear.

Much like the Ioniq 5 and EV6, the new GV60 benefits from a clamshell hood, meaning it extends over the front fenders to cut down on panel gaps and give the electric SUV a more cohesive appearance when viewed from the front. At the back, the tailgate incorporates a large black spoiler hosting a wide LED bar serving as the third brake light.

Stepping inside the cabin, there’s a sense of familiarity as the first bespoke EV from Genesis gets side-by-side screens to echo the equivalent Hyundai and Kia models. The predominantly blue theme is a bold choice for sure, and it’s combined with contrasting neon green accents to match the exterior shade. The splashy hue is also noticeable on the Boost button on the steering wheel, which likely delivers a temporary horsepower bump upon activation.

Mounted on the door cards, specifically near the base of the A-pillars, are the dual screens showing footage captured by the exterior cameras. It goes without saying those displays won’t be there on the Genesis GV60 fitted with traditional side mirrors. Elsewhere, there are still separate controls for the climate settings thanks to physical buttons flanking a small screen providing all the relevant HVAC info. 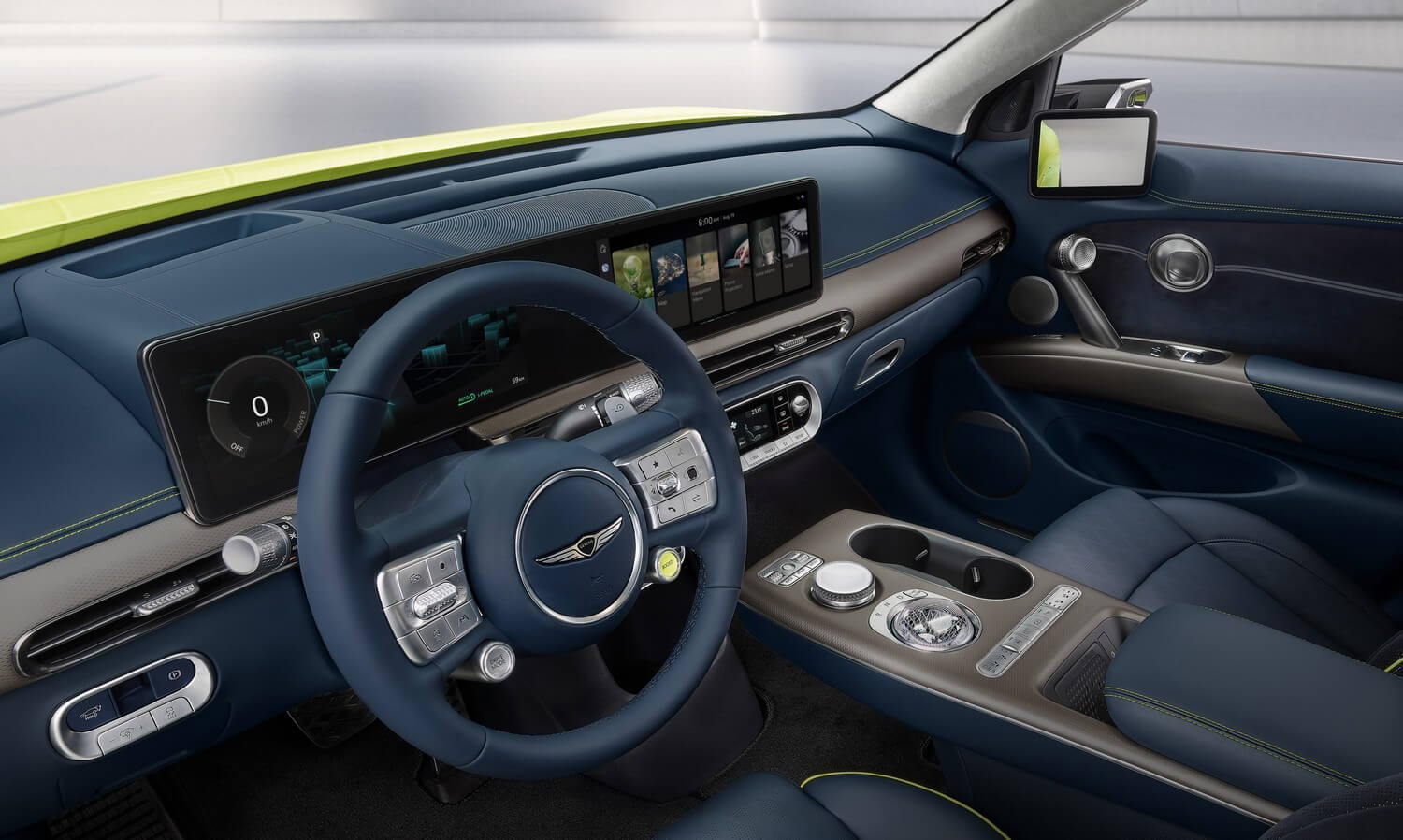 Genesis is only revealing images and design details for the time being, which means we’ll have to wait a few more weeks to learn about the technical specifications. That being said, the GV60 recently received the stamp of approval in South Korea’s emission and noise certification test, which revealed some of the specs.

The rear-wheel-drive variant with a single motor mounted at the back will offer 226 horsepower while the dual-motor model with AWD is going to pack a healthy 430 hp. There’s no sign just yet of the 577-horsepower output offered by the Kia EV6 GT, but it could come at a later date since it would make sense for the luxury model of the trio to offer the best hardware available. 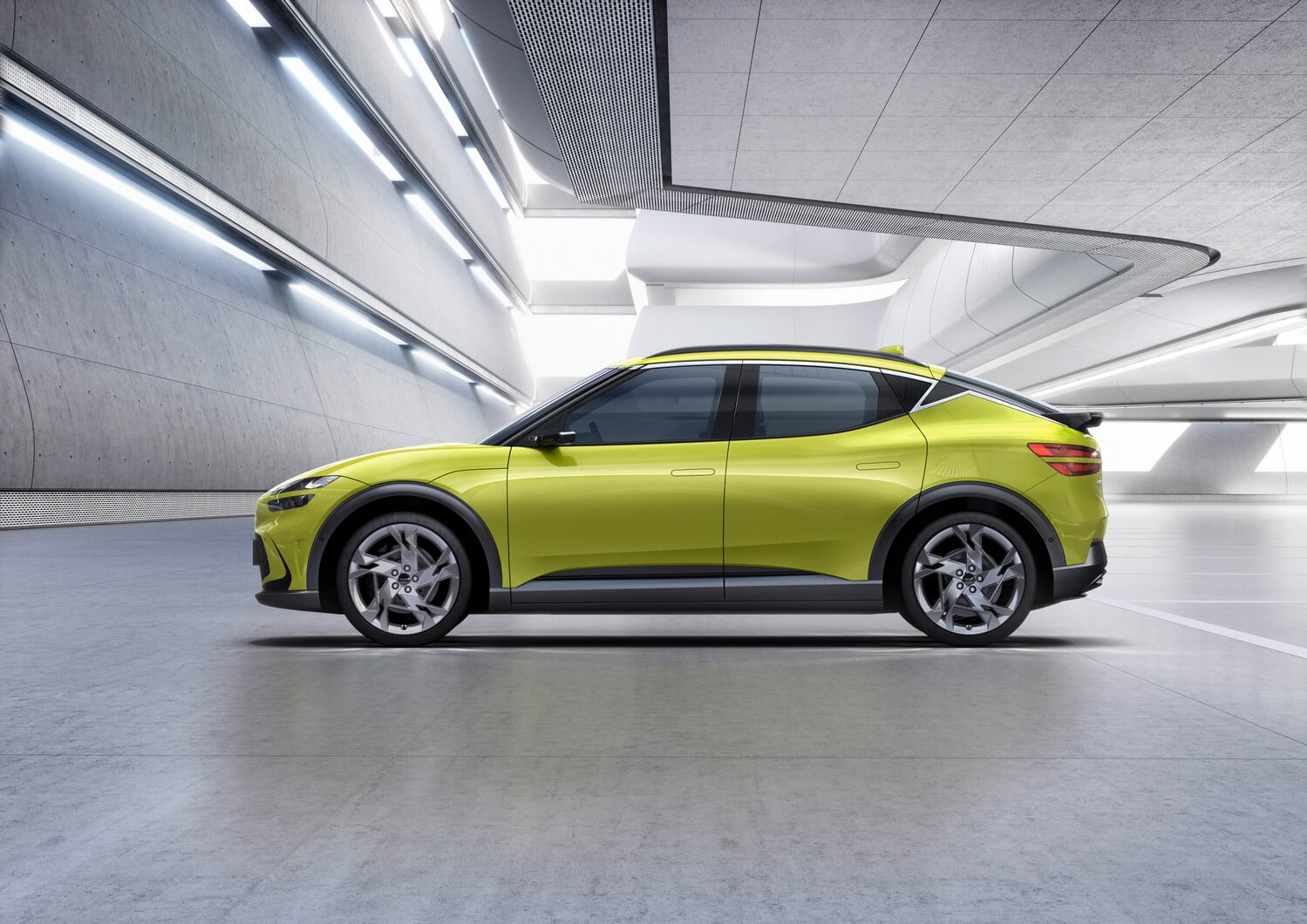